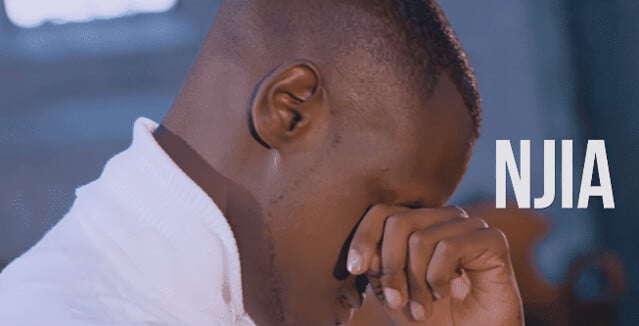 Undoubtedly one of the hottest exports to come out of Kenya, rapper and hip-hop artist King Kaka first emerged onto the international music scene over 10 years ago. His output is a unique blend of social commentary, clever lyrics and catchy beats, earning him a huge following on social media platforms and at his live concerts.

But despite being one of the country’s biggest stars, there’s much that remains a mystery about the man originally named Kennedy Ombima. Although his connections with Jorma Taccone of Lonely Island are well-documented and are what catapulted him to global stardom, the Kenyan maestro has plenty of other interesting strings to bow. Here are a handful we bet you didn’t know about.

He was a “senior entertainment prefect”

Like most successful musicians and artists, King Kaka’s passion for his chosen field stretches all the way back to childhood. After leaving St John’s Primary School in Nairobi, he later attended Eastleigh High School where he discovered and refined his flair for music.

It was here that he earned the title of “senior entertainment prefect” and in this role he ushered in a new era of encouraging artistic talents among his peers. In particular, he was responsible for organising talent competitions not just within his own school, but neighbouring ones, too.

He blends all different kinds of music

Although nominally defined as a rapper and hip-hop artist, it’s difficult to pigeonhole King Kaka into a single musical genre. That’s because throughout his youth, he acted similar to a sponge: soaking up all of the different influences he could access.

This is reflected in the eclectic sound of his output today. His penchant for poetry is expressed via his spoken word/rap technique, but he refuses to forget where he came from and incorporates the rhythmic beats of traditional African music into his songs, as well.

He has a soft spot for gambling

Having amassed an impressive fortune, it’s no surprise that King Kaka has developed a taste for the finer things in life. One of his favourite pastimes is to enjoy a flutter at a brick-and-mortar or online casino. In fact, he’s so taken with the activity that he’s become an ambassador for it.

By entering into a partnership with Bitcasino and its sister site Sportsbet.io, King Kaka has endorsed the two sites and promised to spread the word about the games and betting opportunities available on each.

He is a philanthropist

Of course, King Kaka doesn’t just want to enjoy his money – he also wants to use it to help those less fortunate than himself. With that in mind, he owns the Majik Water company, which is a visionary purified water company that promises to provide disadvantaged communities with clean drinking water.

The pilot project of Majik Water is based at The Ark Children’s Home in Thika, Kenya, and is now responsible for providing children and the staff at the site with 50 litres of drinking water, every single day. Now that’s giving back to your community.

King Kaka is far more than just a pretty face and a talented rapper. He’s come from obscurity and hardship to dominate his field and has picked up more than one interesting tale to tell along the way.