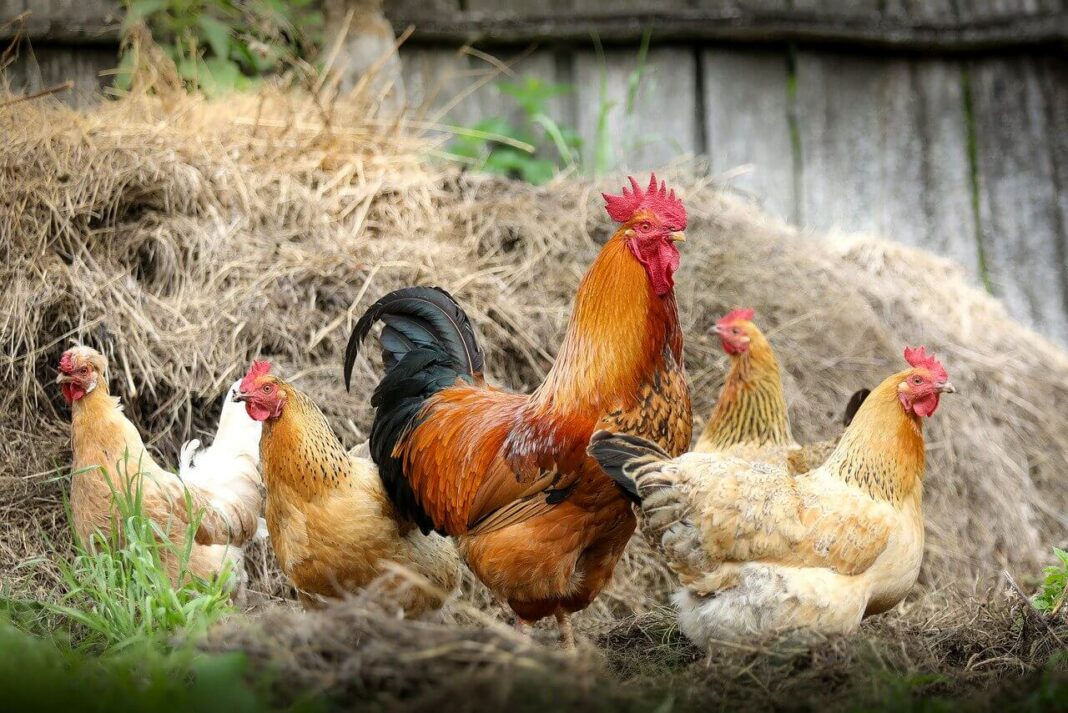 When we talk about poultry farming in Kenya 2020 the first thing that comes into your mind is chicken rearing right? But what is...
Read more
Poultry Farming in Kenya

The Future of Poultry Farming in Kenya

Poultry farming in Kenya cannot be taken away from the discussion that addresses the future of Kenya. Look at this, by 1 million people everywhere...
Read more
Poultry Farming in Kenya

Infectious poultry disease outbreaks is one of the major causes of large losses to poultry farmers as a result of simultaneous deaths. When a farmer...
Read more
Rafa'elhttps://urbankenyans.com/
Raf'ael is an influencer on matters Kenya and digital. Living in Nairobi Kenya, he likes coffee when it is cold.

Today, we’re going to show you the most common chicken diseases and Treatment in Kenya. You can visit our previous post about ten ways of preventing infectious poultry diseases from learning more about how you can avoid most of these diseases.

Here is a list of Chicken Diseases and Treatment in Kenya.

This disease affects chickens at any age and when it affects your brood. Though mature birds can withstand these diseases due to healthy immunity, it can practically wipe out almost 90% of your flock.

Newcastle disease has no cure.

Coccidiosis is caused by the protozoan parasite which attaches itself to the intestinal lining of the chicken and hence damaging the gut tissue, thus causing bleeding. Coccidiosis is also evidence in chicken droppings.

Dirty and contaminated shoes, contaminated water, chicken dropping, and lastly infected food helps in the spread of the disease.

Previously known informally as bird flu, Avian influenza is a dangerous disease adapted to birds but can be transmitted and even cause death to human beings.

The symptoms of this type of flu begin to appear within 3-7 days after the chicken is infected. The symptoms may vary depending on the age of the bird.

This disease has no cure.

To prevent the spread of the disease;

This disease is caused by the infectious bursal disease virus and mainly targets young chickens at 3 to 6 weeks of age.

Fowl typhoid occurs, especially in chickens and is caused by the bacterium Salmonella Gallinarum and is characterized by the following symptoms.

Marked by fever, loss of appetite, thirst, anaemic pallor of the skin of the head, and prostration.

Use antibiotics such as furazolidone to treat this disease.

6. Chicken Diseases and Treatment in Kenya: Tick, Fleas, and Lice

There are some medicines that are recommended for spraying in the poultry yard. An example of such a drug is Sevin.

The symptoms for these types of illnesses are usually dependent on the kind of nutrients that are deficient in the body.

Malnutrition is caused in one way or another by dietary deficiencies in iron and iron, phosphorus, and calcium.

Also known as worm infection, Helminthiasis, is any macroparasitic disease of humans, birds, and other animals in which a part of the body is infected with parasitic worms, known as helminths.

There are three types of worms which are Flatworms, Cord worms, and roundworms(Nematodes) See full list. These types of infections are more common in outdoor flocks.

Well, Helminthiasis does not cause clinical signs. However, a reliable diagnosis of the infecting species can be made by the morphology of the adult worms.

Although this may be true, the detection of egg in the faeces can only prove an infection but does not help in identifying or differentiating the species.

To treat worm infections effectively, use de-wormers that are recommended by specialists, especially those that kill all kinds of worms such as Anthelmintic.

Also, ensure that you de-worm your chickens after every three months.

Chickenpox disease often both attacks young and old chickens. This contagious disease is caused by the varicella-zoster virus (VZV).

This disease is transmitted through people with chickenpox to others who have never had the disease or never been vaccinated.

It is also transmitted by mosquitoes and other parasitic insects that can become infected when they bite a sick chicken and then bite an uninfected chicken.

This disease has no cure because it is transmitted through a virus.

However, it is advisable to give the chicken an antibiotic drug to prevent the Treatment of opportunistic infections that can attack the chicken through the sores.

To sum up our list of deadly chicken diseases and Treatment in Kenya, we are going to look at one terminal illness, and that is:

Avian tuberculosis is caused by a known as Mycobacterium Avium and can affect a large number of birds and animals too.

The symptoms for this kind of disease include;

The only way to prevent this type of disease s through thorough cleanness and practice of good hygiene for chicken feeding utensils, house, and the surrounding environment

Infectious poultry disease outbreaks is one of the major causes of large losses to poultry farmers as a result of simultaneous deaths. When a farmer...
Read more
Poultry Farming in Kenya

The Future of Poultry Farming in Kenya

Poultry farming in Kenya cannot be taken away from the discussion that addresses the future of Kenya. Look at this, by 1 million people everywhere...
Read more
Poultry Farming in Kenya

When we talk about poultry farming in Kenya 2020 the first thing that comes into your mind is chicken rearing right? But what is...
Read more

Urban Kenyans is that online platform where Kenyans from around the World Share and get informed.