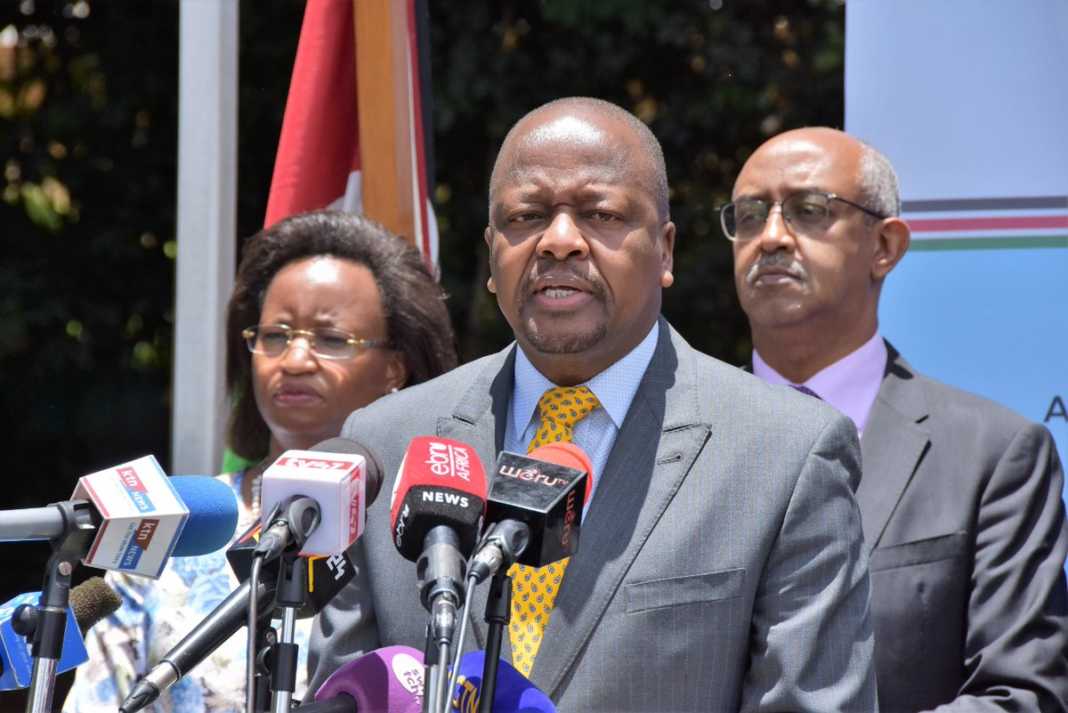 The 2002 PGA European Gold Season has gotten off to a great start…in Kenya. The Kenya Open golf tournament is considered the first event of...
Read more
News

Telkom has witnessed massive acceptance and growth since their transition from Orange in 2017. This company is truly expanding at an outrageous rate. For...
Read more
News

All the while growing up, there was a time I saw Ksh. 10 and Ksh. 20 notes. Having grown up at a time when...
Read more
News

Songa Music Application is Safaricom’s latest creation. Safaricom has been on the frontline of exploiting opportunities in the Kenyan market. Just recently, they launched...
Read more
Val Lukhanyu

The Cabinet Secretary (CS) for health Mr. Mutahi Kagwe has been praised for his calmness in news delivery during the COVID-19 crisis in Kenya. Likely an unforeseen political hero in previous times.

Following a publication by the Wallstreet Journal, a New York-based publication over the weekend, CS kagwe has been recognized among competent deputies in the fight against COVID-19.

The deputies include South Koreans Jung Eun-Kyeong the head of South Korea’s Centers for Disease Control and Prevention. Jenny Harris, deputy chief medical officer in the UK among other leaders. The deputies have been summed up as leaders who have distinguished themselves under pressure. On normal occasions they are rarely the bold, charismatic, impulsive, self regarding, politically circulating alphas we have elected. Further adding that these are the heroes we need.

Kenya recorded the first Coronavirus case on March 13th and since then CS Kagwe has been the unsung hero. Calm even in a crisis. In most cases leaders not only people panic in a crisis he has maintained his calm.

Politically, CS kagwe is seen as a technocrat who is too ordinary and emotionally distant. But in the Coronavirus pandemic, his traits have become assets.

“Mr. Kagwe projects calm, emphasizes evidence and urges Kenyans to face facts, a style one senator described as ‘a breath of fresh air,” the publication stated

Without this crisis at hand, a  good number of Kenyan’s could hardly recognize him. CS Kagwe has been at the forefront of shielding Kenyan’s from receiving misinformation. While also urging the youth to step up in the fight as they are the most vulnerable.

Also, he had his hands on giving COVID-19 measures and directives to the public while constantly urging everyone to adhere to them in keeping the pandemic at bay.

Tecra Muigai, Keroche breweries strategy, and Innovation Director died following an accident on Saturday, May 2. Through a statement, the company announced her death....
Read more
News

Visa and Pesapal partner for connected payments in Africa

Visa and Pesapal have today announced a strategic partnership to drive connected digital payments to consumers and businesses in Africa. Pesapal will become a...
Read more
News

The government yesterday, through the Health Cabinet Secretary (CS) Mutahi Kagwe, allowed hotels to reopen their doors to the public. The Health CS noted that...
Read more

Menengai Oil Refineries Limited (MORL) has announced plans to step up the production of soap and hand sanitizers. This will ensure that there is...
Read more
News

Twiga Foods has signed a distribution deal with Jumia to deliver fresh and processed food to the homes of consumers.“The service will be dubbed ...
Read more
News

Loon has dispatched a larger fleet of balloons to Kenya after successful launches from Loon’s launch site in Puerto Rico, this week. These balloons will...
Read more
News

Unregulated mobile lenders have been barred from using the Credit Reference Bureau (CRB) by the Central Bank Governor Patrick Njoroge. The lenders will not...
Read more
News

Urban Kenyans is that online platform where Kenyans from around the World Share and get informed.