Home » Cars » Volvo Xc90 Excellence: What Every Rich Man Should Have 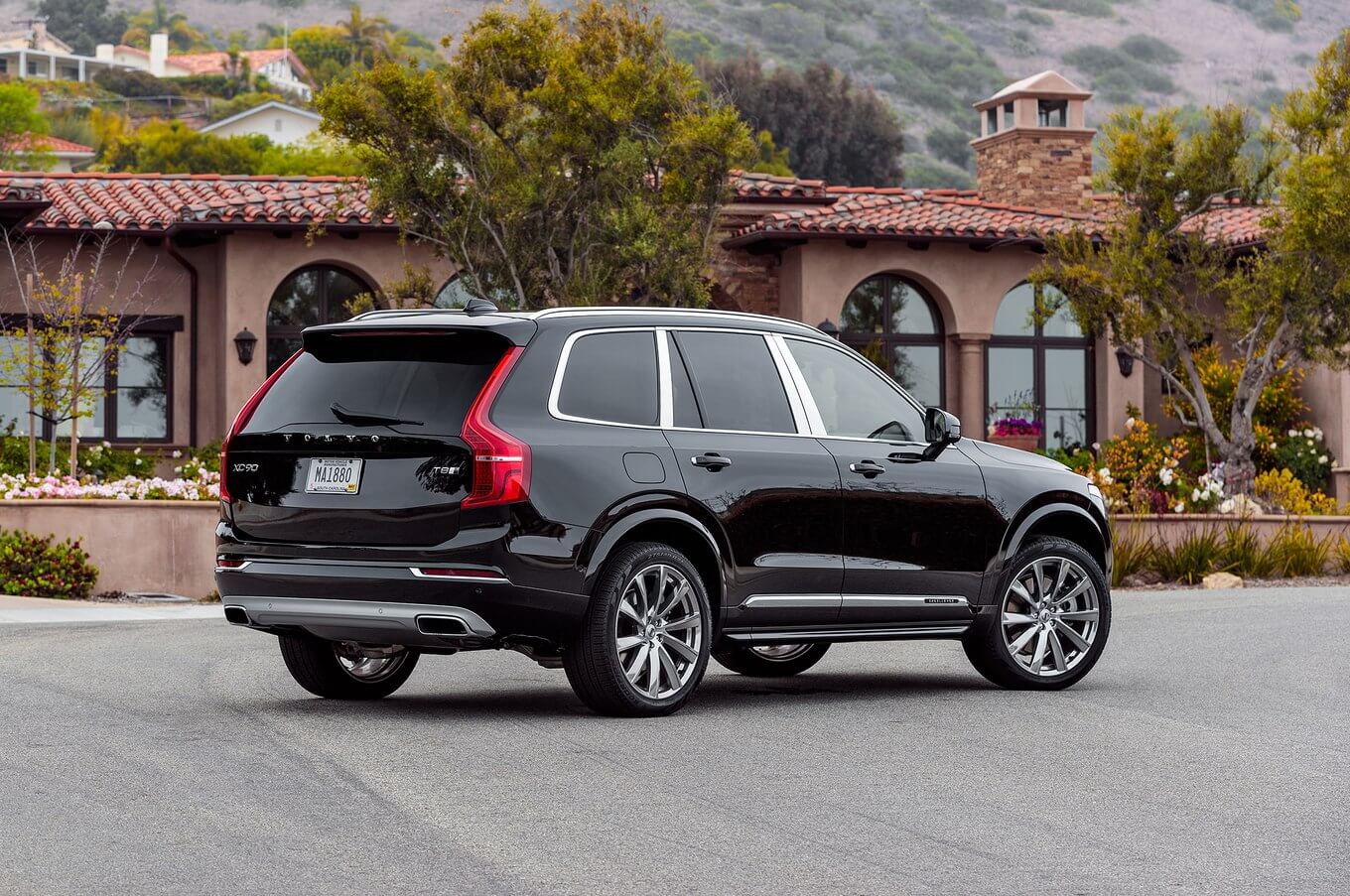 The excellent Volvo XC90 is well known in this office. It has being crowned formerly as the SUV of the Year and all. Over the past few years, we’ve thoroughly tested its outright performance and reviewed its driving dynamics. Now, though, Volvo has introduced an ultra-premium, chauffeur-driven model. And that requires a different sort of test.

Worldwide, the rich have done pretty well for themselves—and they’re spending some of that wealth on ever-fancier cars—or more specifically, SUVs.

Some of those buyers are looking for something more specific, and they generally fall into two camps. The first wants their 5,000-pound brick to accelerate and handle like a sports car.

The other wants the opposite: To be driven in muted surroundings while sipping Champagne from custom flutes and seated in heated and cooled 10-way power rear seats with a massage program running.

Enter Volvo, the once sensible-luxury brand that has pushed itself firmly into the full-fledged luxury segment with its latest round of vehicles. It’s targeting group two—no surprise given the brand’s Chinese ownership and the popularity in China of being driven over driving oneself.

First, some context: At Ksh 15,000,000, it’s the most expensive model Volvo has ever sold. At the same time, though, it’s also the least expensive vehicle you can buy with this kind of executive rear-seat package, and clearly the cheapest to come with custom Champagne flutes.

Does it stack up to the more expensive offerings from Mercedes-Maybach, Range Rover, Bentley, and Rolls-Royce? Let’s investigate. 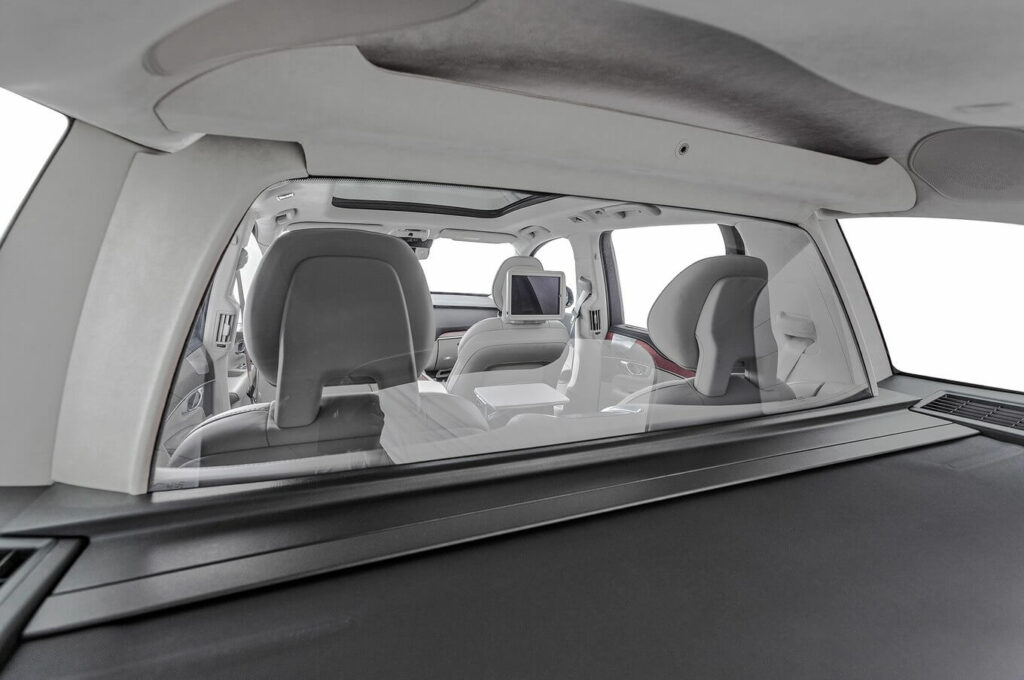 Volvo has long been known for exceptionally comfortable front seats that offer a great deal of support—a happy side effect of the brand’s commitment to reducing spinal injuries in a crash.

The XC90 Excellence adds this comfort to the second row, with two seats separated by a center console (we’ll get to that in a moment), but which sacrifices almost no functionality.

The seats are heated, cooled, and offer a number of massage programs as well as adjustable lumbar support, side bolsters, and thigh support. Naturally, they also recline, though because Volvo doesn’t build a long-wheelbase XC90, they don’t recline nearly as far as those from the other guys. How much that matters depends on how much you plan on napping back there. Removable foot rests are included.

True luxury means being coddled and cut off from the noise and chaos of the outside world. The Excellence delivers with a whisper-quiet cabin and a dark window tint that can be enhanced with manual sun shades hidden in each rear door.

There’s also a partition between the rear seats and cargo area to keep out the wind and noise, and to maintain the cabin temperature when Jasper opens the rear hatch to load your bags.

There’s even a luxury quality to the hybrid drivetrain, though it’s not perfect. Electric motors are nearly silent and can deliver perfectly smooth acceleration, exactly what you want in a limousine.

Unfortunately, the integrated regenerative brakes are grabby and the pedal is difficult to modulate smoothly, so your driver will need to relearn his limousine stop technique.

The drivetrain is also connected to big, pretty 21-inch wheels wrapped in low-profile tires, and as good as they look, they’re not good for ride quality.

Like many heavy vehicles with big wheels and skinny tires, the Excellence suffers from what I call “heavy wheels,” wherein it feels like each wheel weighs 1,000 pounds every time it goes over a bump or drops into a crack or hole.

Sure, you can stash a mini fridge in a lot of cars, and the multiple-six-figure vehicle class adds custom glasses, but no one does it like this.

Volvo partnered with Swedish crystal company Orrefors to produce exclusive Champagne flutes with pointed bottoms for the Excellence. What on Earth for?

To fit in special holders in the armrest where they can’t possibly tip over like traditional flutes. When not in use, they can be stored (and chilled) in the fridge between the seats.

If you’re not using the crystal, it’s a different story. A heated and cooled cupholder is located directly in front of the flute holders, and it’s the only cupholder in the rear-seat area. Water bottles can be stowed in the door pockets.

Companies that make vehicles like the Excellence enjoy comparing the rear-seat space to the interiors of private jets, so it’s no surprise these cars often offer tray tables.

Volvo’s are beautiful bits of engineering made of polished aluminium and fine leather. They fold out from under the centre armrest, and the tabletop extends out over your lap.

Naturally, since you’re not driving, you’ll want to be entertained and connected. Volvo addresses this with iPads that are mounted to the backs of the front seats and connected to an in-car Wi-Fi hotspot. With the entirety of the internet at your fingertips, your entertainment options are virtually unlimited.

Then there’s the matter of controlling the iPads. With no handheld remotes or console-mounted controls, you’ll need to lean forward to tap the iPads directly, which becomes an issue in the passenger’s side rear seat when the front seat is folded forward out of the way. 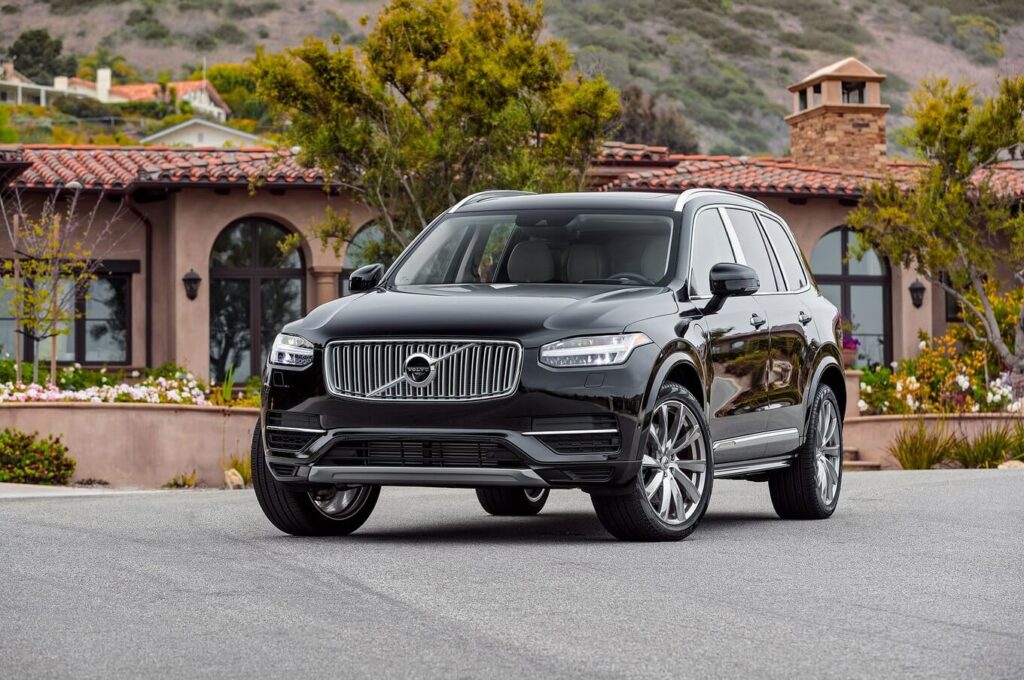 Since the docks don’t adjust, the front-seat passengers will need to adjust their seats in a way that angles the iPads toward you. And because the iPads are completely encased by their mounts with no way to actuate the volume and screen-off buttons, you’ll need to use the onscreen control menu.

While some weak points can be found in the rear-seat space’s execution, we hope Volvo takes them as constructive feedback for the next model.

As a first attempt at this sort of thing, Volvo’s interior team has done an incredible job amplifying a vehicle that was gorgeous and sumptuous to begin with.

The XC90 Excellence is plush, comfortable, spacious, and isolating. And we wouldn’t turn down a chauffeured ride in one any day.

It’s also worth reiterating the Excellence is more than 5-10 million cheaper than the next-most affordable vehicle offering a complete rear-seat package like this.

The fact that we are even comparing a Volvo to a Rolls-Royce or Bentley is a testament to the work done here. We think Volvo has a spectacular foundation to build from, and we look forward to seeing what the Swedes will do with the knowledge they’ve gained from this build. Don’t be surprised if you see a few of these rolling around posh neighbourhoods soon.