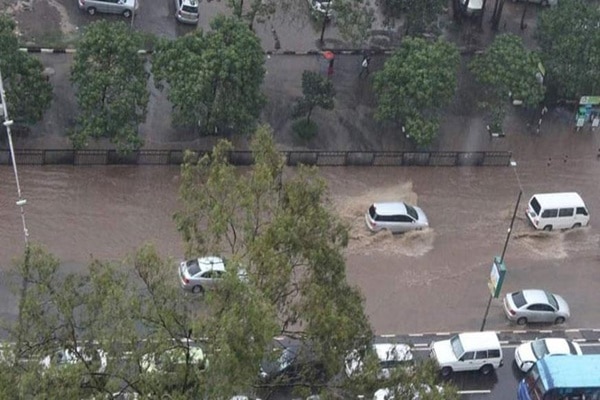 Over the last two days, heavy rainfall has caused deadly flash floods in some parts of North Rift Kenya. Chesogon area in West Pokot has recorded for deaths to the flash floods while 23 other people are still missing and 4,000 families displaced.

The residents are left in unspeakable pain. As the landslides have destroyed roads affecting almost all businesses in the area that their livelihoods depend on. Some of the areas are inaccessible due to the swollen rivers.

Chesogon area now looks like an open field with the debris of the former buildings leaving slight traces of the life of the shopping center. In Narok County, a family has lost a three-year-old to the flash floods.

In Naivasha, one life has been lost too after an identified man was swept away by the floods on Saturday. The rains have swept away homes in the Chepsogon area including the area trading center and a police post. The center is between Elgeyo Marakwet counties and West Pokot.

Kenya experiences heavy rains between April and June and in the recent past, Narok, Elgeyo- Marakwet and West Pokot counties have been hard it. During the December short rains, West Pokot county lost over 40 lives.

The Meteorological Department has warned Kenyans in several counties to brace themselves for the worst. On April 17th, the weatherman predicted more than 30mm rainfall. The images flashing from media sources imply more massive destruction of the floods.

“Residents should avoid driving through or walking in moving water. Including water from open fields. Not to shelter under trees and near grilled windows to minimise exposure to lightning strikes,” said the Director of Kenya Meteorological Department Stella Aura.