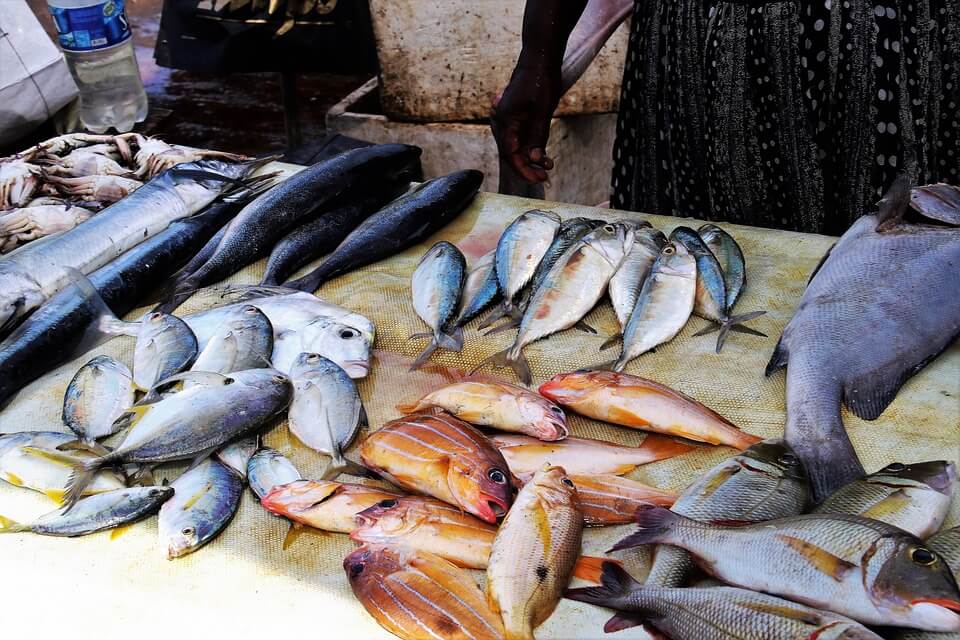 Fish farming in Kenya promotes a meal that boosts better brain functioning. Well, if you converse with Kenyans you will realize that they relate fish delicacies to result in better brain work.

Of course, they are not wrong to hold such an opinion because based on scientific findings omega 3 oils found in fish does increase brain memory. I bet you know what to order next time you realize you’re being forgetting things.

In this article, I will take you through important developments in fish farming on the ground in Kenya.

In the end, it is my hope that you will have a better understanding of the fish industry in the country. And even propose sustainable solutions to fish farming in Kenya.

Let’s now narrow down on Kenyans and their fish-eating habits as it relates to fish farming. Do so I have researched the following four points. That you need to know.

Must read: Mushroom Farming in Kenya.

An Expert Analysis of Fish Farming In Kenya

Facts around fish-farming in Kenya

You may also be interested in how to start a farming business in Kenya.

Methods of Fish Farming in Kenya

Well, fish farming is a venture that traces of roots hundreds of years ago. Way before the colonial era when Kenya’s early inhabitants were hunters and gatherers.

Historically,  fishing was as a supplementary activity that would contribute to the breadbasket. Rarely would communities do fish farming as a main economic venture.

Also, note that fish in the Pre-colonial eras of Kenya was used as a trading commodity for one to acquire what they didn’t have. This is trading process is popularly known as barter trade.

Today, Fish farming is not just a part-time activity but rather can be a full-time venture done on a large scale basis requiring full-time participation from the farmer.

Here is a list of the leading fishing methods in Kenya :

This type of fishing method is characterized by domesticating a particular fish breed in either a natural or artificial pond.

Freshwater fish pond method dates back to as early as 14BC and as such has undergone numerous improvements over time.

If planning to employ the fish pond fish farming methods then the following six points will benefit you.

This is a  type of fish farming that happens when fish farming is done at the same time with crops and even animals in the same water body.

While on the other hand, the most integrated animals during fish farming are :

Integrated fish farming provides what we call a symbiotic benefit.

Animals and plants benefit from each other, wastes from ducks and pigs are used by the fish as food. While both the fish, ducks, and pigs feed on crops planted in the used water.

The target customers for Brackishwater finfish culture are hotels and outlets that mostly serve tourists among other foreigners.

Brackishwater finfish culture has not been embraced widely in Kenya. This is because end products are lobsters, crabs and shrimps are not widely eaten in the country.

This method of fish farming requires good water vessels that can go deep into the sea. This is the reason why this method is unpopular in Kenya.

Note: with public awareness of brackishwater fish culture, the Kenyan public at the coast might embrace this fishing method widely.

Note: With the rapid growth of Kenya’s population, it is advised by experts on food security that Mariculture should be embraced as a sustainable solution to fish farming.

Categories of  fish found in Kenya

There are two categories of fish in Kenya. That is the freshwater and saltwater fish.

You need to first understand that Freshwater is found in rivers, some lakes, and large ponds away from the sea.

Freshwater bodies have their own types of fish uniquely adapted to survive in these waters.

The following list highlights the type of fish found in Kenya’s freshwater lakes.

The Nile Perch is traceable along with freshwater bodies like L. Victoria and other big rivers.

Characteristics of the Nile Nile Perch

Note: L.Victoria is famous for having the Nile Perch in Kenya.

Tilapia is easy to raise because of being resistant to diseases and grows fast. This makes them better for commercial purposes.

Tilapias feed on algae that is easy to find.

Note: Tilapia fish are on-demand in Kenya. This has led to overfishing across the country. The tilapia could be extinct in Kenya through measures that are not taken.

Also, know as the L.Victoria Sadine or the dagga, the Omena is a darling in many Kenyan homes.

The silverfish is the size of the small finger and has rays on the fins.

Note: The menus rich in calcium.

Kenya having enough water bodies like rivers, Lakes, and access to the Indian Ocean puts her in a  better position to succeed in Fish Farming.

Again when we look at the entrepreneurial spirit among Kenyans the thought of  Kenya influencing the global fish market becomes clear.

Kenya should channel her efforts in improving fish farming as an avenue to achieve food security as stated in the big four agenda.

Professionalism in the fish farming sector on the side of fish farmers still remains low. They need to strongly digitize fish farming practices.

Overall, fish farming in Kenya lacks decades behind. Even though the need for fish consumption has evolved.

It is important and urgent for fish farming in Kenya to under revamping to ensure the relevance of the industry in modern Kenya.

1 thought on “Fish Farming in Kenya an Expert Analysis”