If you are a car owner, only three things in life are certain: Insurance, taxes, and getting a dent in your car. Even if you’re as careful as possible, you can’t always account for runaway shopping carts at the mall, wrongly thrown footballs, out-of-nowhere light posts, and other real-life annoyances.

However you got your dent on your car, the next thing on your mind is, undoubtedly, how to get it out. Sure, you can take it to a body shop or friendly neighborhood mechanic for repair, but their price quotes can be unbelievable, especially if they want to remove the paint first or use body filler. KSh20,000 for that tiny dent?! I don’t think so.

Instead, save yourself some of that hard-earned money and do it yourself. There are plenty of ways to get a small dent or ding out of a vehicle at home without ruining your paint, and you don’t need to be a gearhead to do it.

However, not all of these tricks will work on your particular automobile; your mileage may vary depending on where the dent is exactly, and what your body panel, hood, or bumper is made out of (aluminum, carbon fiber, plastic, fiberglass, steel, etc.). For instance, aluminum has little memory properties, so paintless dent removal is much more difficult.

Not only can you unclog a drain with a plunger, you can get out small- to medium-sized dents out of your car too. Just splash some water on both the plunger and the dent and start pushing and pulling until it pops out. Make sure to use a cup plunger (for sinks), not a flange one (for toilets). 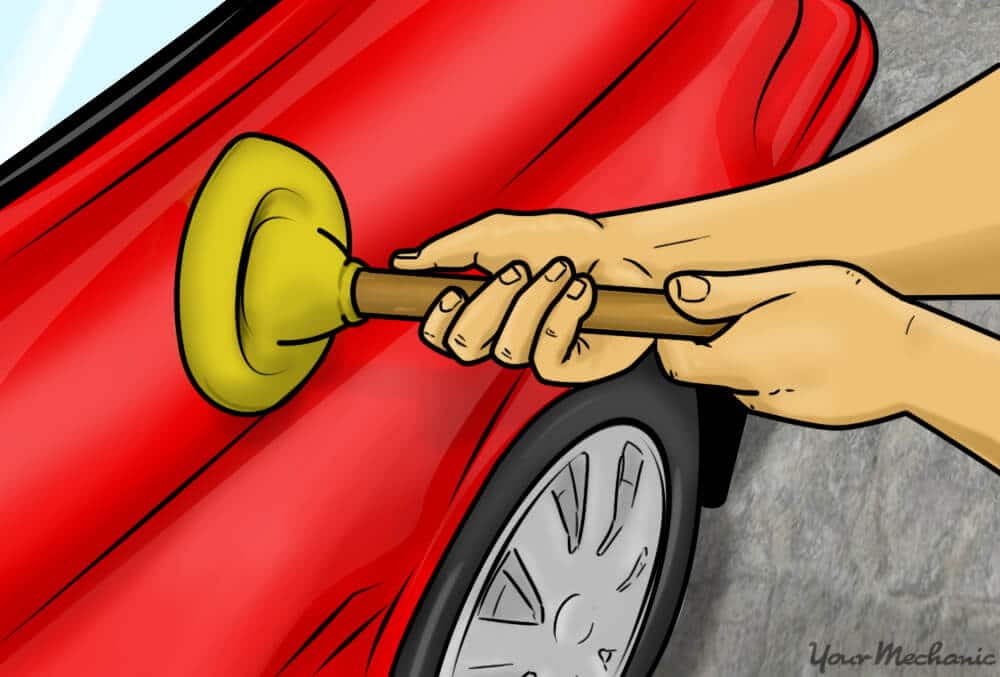 Reversing into an object is one of the easiest ways to get a dent. So for plastic bumpers, even if you attempt to take off the bumper, it might still be difficult to push out the dent because of how stiff the plastic is. Solve this issue by boiling some water in a pot and throwing it on the dent.

As soon as the water has been poured, reach behind the bumper and try to pop the dent back in. Thanks to heat of the water, the plastic should be a bit more flexible, making it easier to put back into place.

Since the heat won’t last very long, you’ll have to work quickly. If the dent doesn’t completely go out, keep dumping boiling water on it until you’re finished.

Use a Specialty Tool

If you’re not having any success with any of the above methods, you could also try the Pops-a-Dent kit. 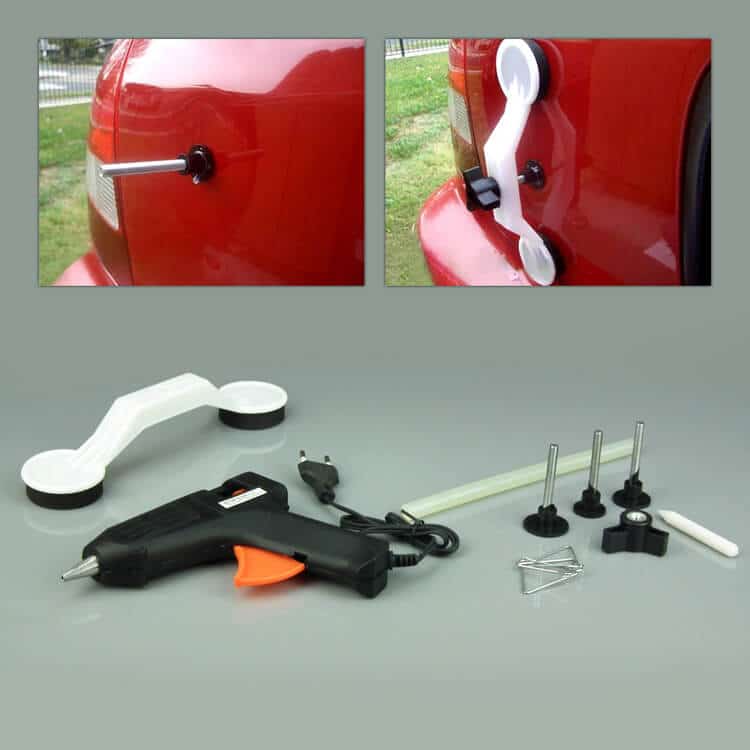 It’s got mixed reviews, and can be a little tricky to use, but worth a shot since it’s less than 3000 shillings.