Home » Cars » How to Diagnose a Failing Alternator 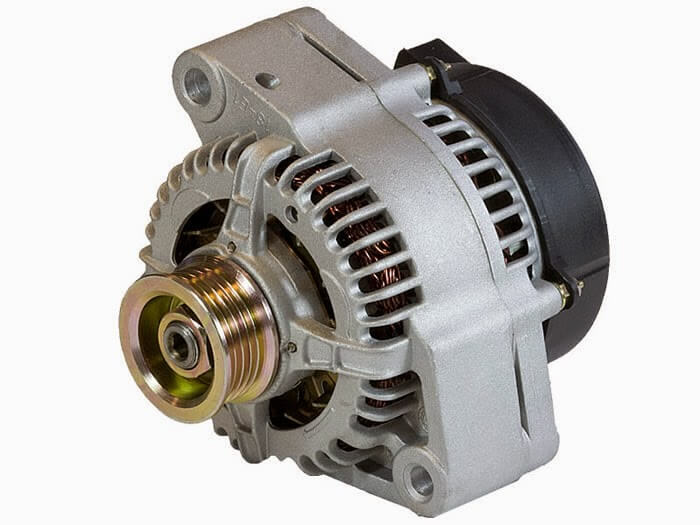 You turn the key, and instead of firing up the engine, all you hear are rapid clicks. “My battery is dead!” Or is it more complicated than that? The same situation could happen again with a new battery, if you miss signs of a failing alternator. Here are the several clues yours could be going out and what you can do about it.

How an Alternator Works

The alternator is basically how a vehicle seems to have an endless supply of electricity. It takes a lot of juice to start an engine and meet all the various electrical needs of a vehicle. While different batteries can have enormous capacities, eventually the headlights, heater, stereo, nav, and infotainment would all drain the battery off the power. 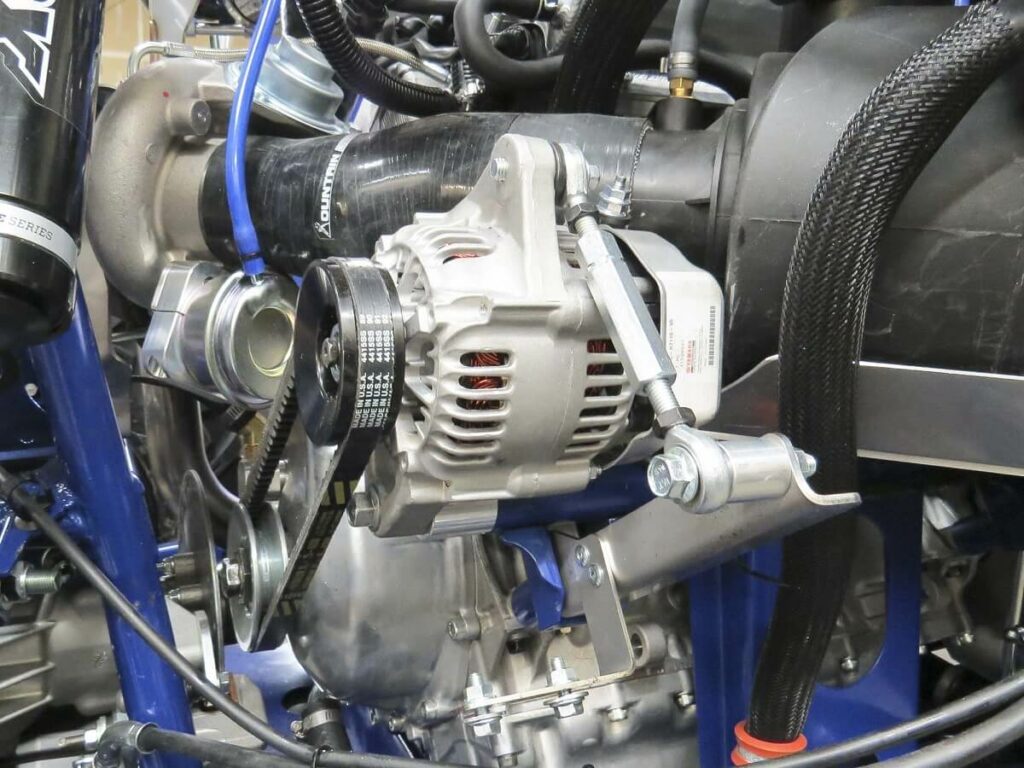 An alternator charges the battery while the vehicle is running by turning mechanical energy from a spinning pulley into current. The rotor, brushes, and other internal parts of an alternator wear out over time, so replacing it is something everyone eventually needs to do. The following symptoms should give you an idea of what’s gone wrong, but if you’re still not sure, you can always bring your vehicle to Advance Auto Parts for a charging and starting system test.

The failing alternator symptom most drivers recognize is dim or flickering lights. This is really obvious when headlights are on at night but also noticeable in dash lights and the center dome light. If the lights brighten as speed picks up, that’s even more of a sure sign.

Another obvious sign is the one your vehicle tries to tell you. This varies by the model, but when the alternator starts to let go, it can light up a “Check Engine,” “ALT,” or a battery icon indicator.

The serpentine belt could have stretched with age and may not be spinning the alternator pulley effectively, leading to a lack of charge. This typically results in a squealing noise. On the other hand, the internal bearings can wear out, causing a growl or grinding noise.

Electrical vehicle equipment, like power seats or windows, may be slow to operate. Without enough power, sometimes the device will not function or will suddenly stop working, like the radio turning itself off.

If the engine suddenly cuts while driving, it could be an alternator issue. Fuel injection needs a good amount of electrical power, and without it the engine quickly stalls.

How To Diagnose A Failing Alternator

If you have a “Check Engine” light, connect a code reader to the diagnostic port. If you find code P0562, you very likely have a failing alternator (note that codes may vary by vehicle make/model/year). Get it checked out, before it fails entirely. If you suspect a failing alternator but don’t have a warning light, pop the hood and check the condition of the belt. If it is glazed and slightly burned looking, that is an indication that it is slipping. The belt is too loose, so it slips on the pulleys instead of traveling along them.

The metal-on-rubber friction heats up the belt, quickly wearing it out. Adjust the tensioner to get the belt just right (too tight can also damage an alternator’s bearings), or just replace the serpentine belt since it is among the most affordable car parts you can buy, and it’s a quick and easy repair.

If everything looks good under the hood, grab your multimeter. Make sure the vehicle is parked on level ground with the parking brake on and wear your safety glasses. Set the meter to 20V DC and connect the leads to the battery—positive lead to positive battery terminal and negative lead to negative terminal. It should read around 12.6 volts. 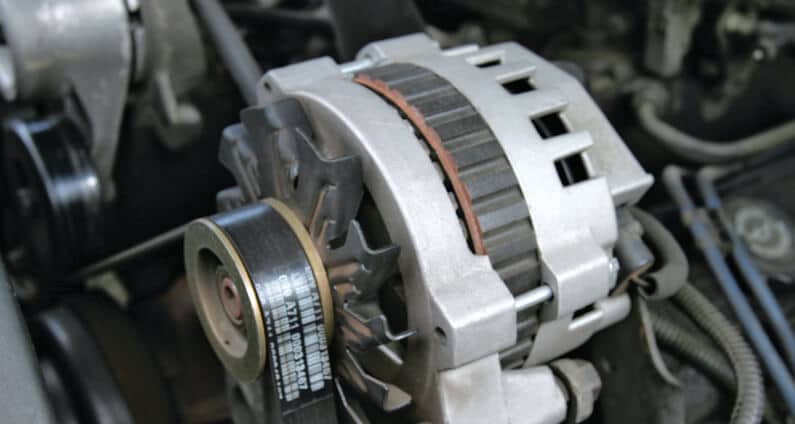 Start the engine and carefully check voltage again. This time it should be at least 14.2 volts if the alternator is healthy and charging the battery. If voltage is good, turn on the headlights, interior lights, radio, heater, and any other electrical load. The meter should still display above 13 volts.

If any of the voltages are below spec, it’s a strong case for a new alternator. Check all your cables for corrosion or a loose connection. If there are issues, stop by your local Advance Auto Parts store to get replacement parts you need.

Have you recently dealt with a bad alternator? Leave your war stories in the comments.