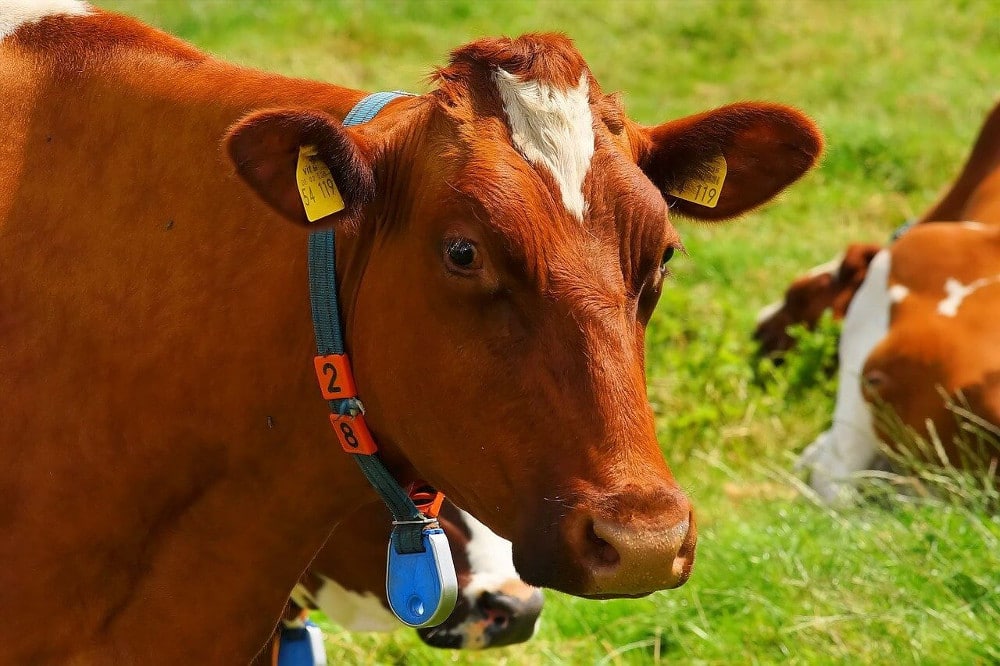 In 2009, it was reported that livestock farming in Kenya directly pumped 356.217 billion shillings in the economy, accounting for 12% of the overall GDP.

Livestock farming in Kenya can be large or small scale depending on the size of land and level of technology being employed.

Kenya’s different climatic regions determine the type of livestock breed to be carried out.

History of livestock farming in Kenya

Livestock farming in Kenya began before the colonial period with the inhabitants of current Kenya then.

Dogs used to assist earlier settlers in Kenya to catch wild animals like jungle rabbits and squirrels apart from acting as a companion. Hence dogs were first to be domesticated.

Goats, cows, and sheep followed after that.

As more livestock variety was reared in farms (then) there was an availability of enough milk, meat, skins and hides to cater for subsistence use.

Donkeys, camels and some cattle (oxen) are domesticated in Kenya for the sole purpose of transporting the livestock products to desired destinations.

Pigs became easily manageable because they consumed leftovers from the bounty harvest of livestock products.

Types of Livestock Farming in Kenya

The following are the different types of livestock found in different parts of Kenya.

The following products are found from cattle rearing in Kenya

Note: Cattle also serves as a source of wealth and social authority among the Maasai of Kenya.

Several breeds of sheep are reared in Kenya for specific purposes based on the aim of the farmer.

The most common purposes are to harvest fleece and get food (mutton) for both commercial and subsistence propose.

Due to the hardy nature of goats, you’ll find them in large numbers and different varieties around arid and semi-arid parts of Kenya.

Goats ability to thrive in different environments makes them available across Kenya.

Pigs kept for their meat found in Kenya include:

Donkeys’ role in Kenya has been synonymous with providing, labour, and this has been the main reason for their rearing. Donkeys are found mainly in Northern Kenya still expect to see them across the country.

Rabbit meat is becoming popular due to the perceived nutritional benefits. As a result, the market for rabbit meat is growing big daily.

Primarily found in the dry parts of North Eastern  Kenya because of their abilities to survive. They provide meat and milk.

The Probable Future of Livestock Farming in Kenya

More and more Kenyans are consuming spaces and competing with livestock for land, which supports the growth of grass, dwelling, and water. This trend could pose a food crisis in the future.

The answer to successful livestock farming in Kenya lies in digital innovations through the following perspectives.

To stay ahead of our time and reconcile with the future, I would urge Kenyans to always think of digital revolutions when talking about the future of livestock production.

What about Pastoral Farming in Kenya?

Livestock farming in Kenya is primarily practised traditionally by nomadic communities like the Maasai.

The Maasai of Kenyan is predominantly found in Kajiado county. A location that is dry most parts of the year.

Every time the season changes Pastoral livestock farmers equally vary their address temporarily depending on where there is enough water and grass to keep their livestock going.

Arid and semi-arid parts of Kenya have taken the lead in Pastoral (traditional) livestock farming because of these climate zones experiences wet and dry weather in turns that are not proportionate.

Predominantly nomadic communities in Kenya are

Characteristics for Pastoral farming in Kenya.

Nomadic living hinders Kenyan pastoral livestock farmers from accessing essential services like health, clean water, education and recreation as it ought to be.

This set-up has negatively affected the human development index of pastoral farmers in Kenya.

It is on this status that livestock farming in pastoral communities in Kenya has taken a gendered approach by favouring men over women.

Now that you have the understanding of the traits for Kenya pastoral communities, your creative part of the brain is now alert. Imagining how innovating solutions to improve livestock farming can be sort.

Before any innovation is proposed on improving the livestock farming reality in Kenya, there needs to be an understanding of the specific challenges on the ground. As stated below.

There are Serious morbidity levels among the pastoral farmers and their livestock. This is because the arid and semi-arid parts of Kenya are underdeveloped limiting public services like water supply, health provision, and animal treatment.

Lack of enough access to public services like veterinary and public health facilities exacerbates the spread of diseases due to the overcrowding nature of livestock in the pastoral communities of Kenya.

In full-blown cases of diseases there usually results in the death of humans and animals.

When there is the consumption of meat from a sick animal, the rate of causalities from members of a Kenyan pastoral community could be dire. Sadly the health service response is almost zero.

Also, livestock owned by pastoral communities in Kenya usually survives through evolution. In that those that cannot develop a tough skin over pests like tsetse flies and disease like anthrax have to succumb to death since veterinary facilities are limited or out of reach.

Low-quality livestock, in the long run, contributes to low earnings by Kenyan pastoral farmers confining them to poverty, yet they have large numbers of livestock. Ironical.

Among Kenyan Ogiek, Pokot and Maasai Pastoral Communities, there have been multiple and unfortunate incidences of violence that have left hundreds dead. Due to cattle rustling.

Is there hope for the troubled Kenyan Pastoral livestock farmers?

Excellent, by now, I believe you have a better clue to initiate proposals towards improving pastoral livestock farming in Kenya. If this is not your priority, then keep reading to nourish your expertise in this field.

How to intervene in the Kenyan  pastoral livestock farming

*  This is the long-term solution that would see future rural farmers in arid and semi-arid parts of Kenya embrace rearing fewer but manageable livestock with an agribusiness intention.

This demand for honey is expected to further increase in future. Due to a projected increase in the middle-class citizens of the Middle East and Asia with an appetite for incorporating healthy diets commodities like honey.

Rustling has mediated by deploying police officers and recruiting community members to act as police reservists in more affected areas. Unfortunately, these strategies haven’t borne the desired results. More needs to be done at grassroots.

Cattle rustling has contributed to the leaving behind of  Pastoral livestock farmers predominantly found in Northern Kenyan and Along the Kenya Tanzania Boarder.

A cry for justice for many years by the Kenyan Pastoral communities to bridge the economic gap that exists between them and other Kenyans have been made frequently.

It’s not that livestock farming cannot pay in arid and semi-arid Kenya.  Also, for one do achieve productive livestock farming, it is not a must to have substantial capital investments and vast land to yield profits. All these are but myths.

Other countries like Israel with the same climatic Challenges like the Kenyan  Arid and semi-arid parts have shown success where Kenya has failed.

Properly planned livestock farming underpinned on reputable research can economically revitalize the lives of livestock farmers from hard to reach parts of Kenya in a short period.

It only takes thinking outside the convenient corners of ourselves when deliberating on the way forward for pastoral livestock farming in Arid and Semi-Arid parts of Kenya.

Sheep breeds found in Kenya are :

Some of the crossbreeds found in Kenya include:

Was introduced Kenya from in South Africa by the Kenya Agricultural Institute (K.A.R.I) in the 1950s.

The Dorper is a crossbreed between the Black Persian breeds with the Dorset Horn.

Dorper is an amalgamation of Dorset and Persian. Now you know.

The Dorper usually has a black head and white body.

The Dorper can survive in the arid and semi-arid parts of Kenya.

Even though the Dorper can survive in dry areas when faced with desert infections like the gastrointestinal parasites this breed might not survive at the same rate as compared to local(native) sheep in arid parts of Kenya.

The Dorper can be found in Nakuru County.

Characteristics of the Dorper

This is a crossbreed between the old Hampshire and the Wiltshire Horn sheep.

It is ideal for fat, juicy, delicious and lean mutton.

Characteristics of the Hampshire

Note: Even though the Hampshire look gigantic, they are not rowdy. You can afford to relax in their presence since they don’t attack

This breed of sheep can be found in plenty at the Molo Sheep Ranch in Nakuru county.

Kept for wool. Can also be used for mutton production.

This breed is valued for its quality accumulating wool texture that serves high-end clothing customers.

Also, it produces a fleece that is short ideal for hand-spinning during cloth production.

This breed is can easily be managed. They are not stubborn.

The fine wool breeds available include :

Characteristics of the Rambouillet

This breed is Hardy hence able to survive in varied weather patterns.

It has the uniqueness of skin wrinkles.
The essential rearing purpose for Delaine-Merino is wool.

Physical Features
Has oily, dense and accumulated wool that reaches the legs.
They grow long legs
Mature Ewe is between 55-87 Kgs

This breed is popularly known for producing twins.

It is a crossbreed between the Rambouillet and the Delaine Merino.

Its basic rearing course is to provide wool.
White-haired on face and legs
Long and fine wool
The ewes have horns while  rams might not
Mature rams weigh between 75 -110 Kgs while ewes are 58-75Kgs

It is a crossbreed between the Rambouillet and the Delaine Merino.

Its basic rearing course is to provide wool.

Indigenous sheep breeds in Kenya are :

Found in South-Eastern parts of Kenya.
Their core rearing purpose is to provide mutton.
In some instances, they provide milk.

Mostly found in Northern Eastern parts of Kenya.
They are preferred for mutton production.
Is Hardy in nature?
They exhibit high-quality skin condition.

Mostly found in the cooler highlands of Kenya like Molo, Timau, and Nyandarua.

The Exotic will sheep breed is shared among large farms and not in small-scale livestock farming.

Kenyans keep sheep majorly for mutton and as such the exotic wool sheep breed is perfect for wool rearing.

Cattle Farming in Kenya is a venture that has been accepted widely with pride.

Kenyans rear cattle for the following principal reasons:
(1.) To get dairy products for selling and subsistence use.
(2.) To get beef products for commercial, subsistence and cultural functions.
(3.) To use cattle in ceremonious events like bullfighting.

The demand for dairy products is ballooning every day in Kenya, pushing many entrepreneurs to explore this venture further.

There are over 3.8 million dairy cattle in Kenya, producing are 4.5 billion litres of milk annually. Kenya is the leading dairy producer in the East African region.

There are four main types of dairy breeds in Kenya. They include:

Known for its abundant production of creamy yellow-coloured milk, Guernsey is also referred to as the “Golden Guernsey”.

Mostly light brown, but you can meet some that range from grey to light brown.

It’s a widely accepted breed in the world, including Kenya.

It produces high-quality milk that is rich in nutritional elements, protein, and other minerals.

Many Friesian cows today are between 25 to 75 per cent Holstein breeds.

Can sustain itself over many lactation periods. 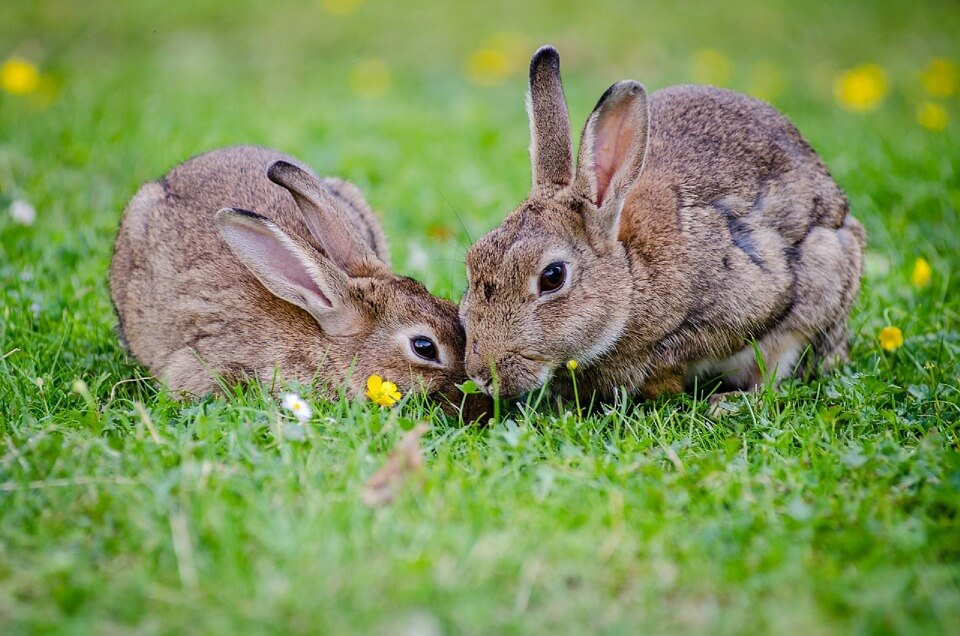 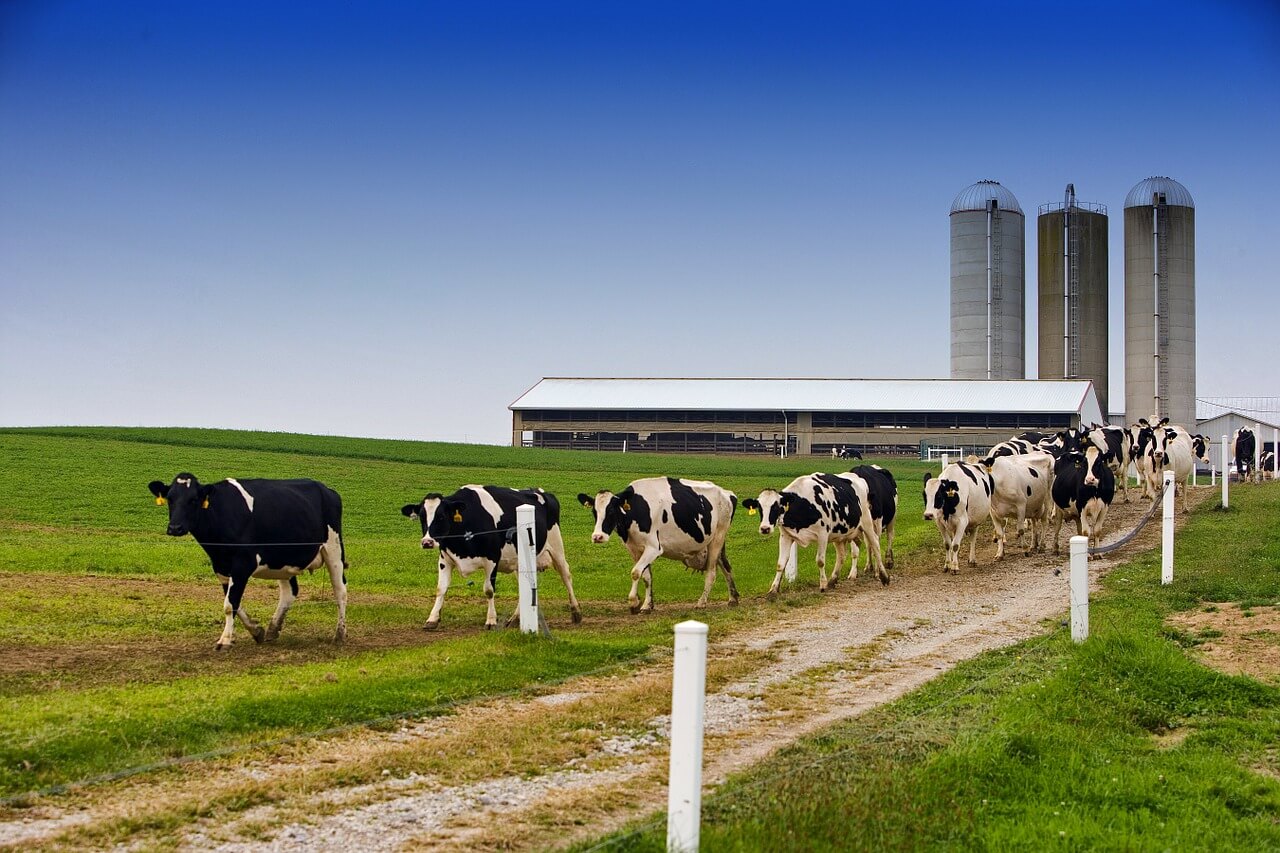 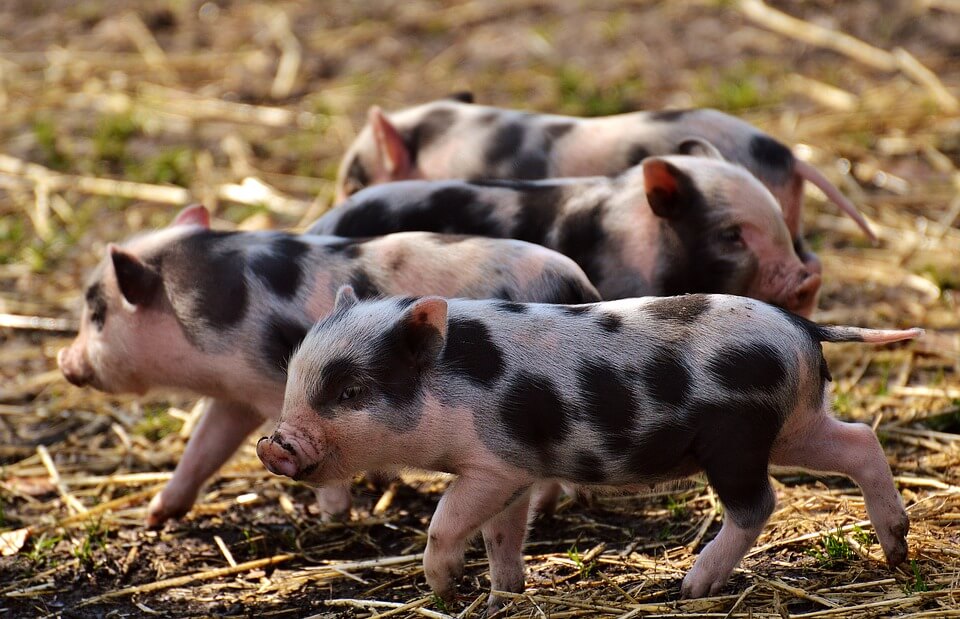 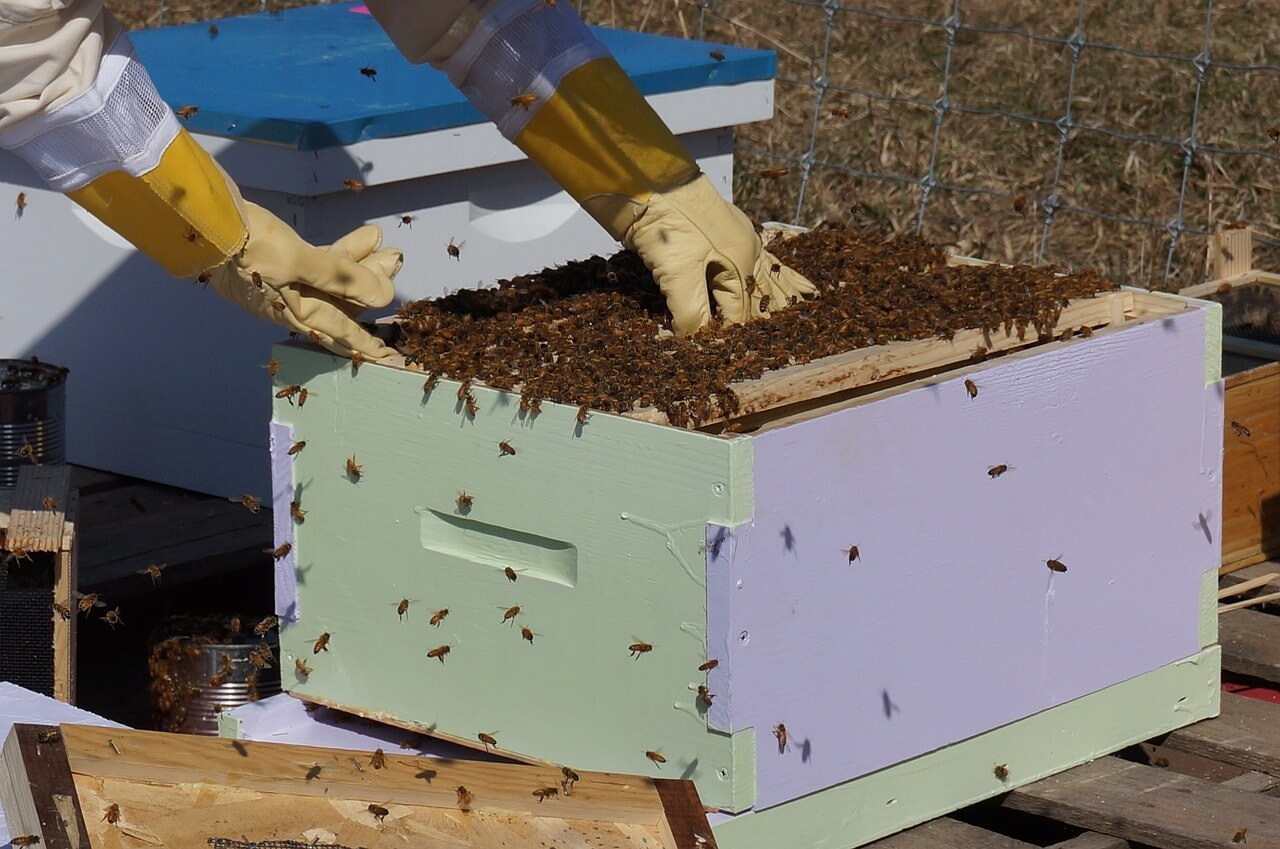 2 thoughts on “Livestock Farming in Kenya (The Ultimate Guide)”