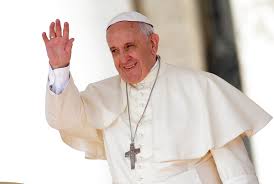 Pope Francis will be making his first ever trip to Africa and Kenya is privileged to host him for 3 days as from 25th November. He is the fourth pope to visit Kenya after other three papal visits that happened in 1980, 1985 and 1995.

The people of Kenya are so much elated to get this opportunity, as they look at the Holy Father as one who comes to Kenya with a great message of hope.

The pope visit to Africa is seen as a way of focusing on the global community at large. The pope is expected to preach peace and forgiveness following the various attacks by Al-Shabaab and various other groups. He is perceived as the most Holy Father by Catholics and other denominations at large and so his visit is significant to a larger percentage of the population of Kenya.

The pope is expected to meet with the Hindu, Muslim, Protestants, Catholics and other religious leaders once he is Nairobi. His message mainly is focused on the peaceful co-existence of different religions amicably.

He will then visit the United Nations Environment Programme (UNEP) offices in Gigiri where he is expected to advocate for conservation of the environment, something he is known to champion for strongly.

He is also expected to hold talks with the president and other political leaders to discuss issues that affect Kenya at large focusing on empowerment to all.

The Pope’s visit involves high-level security arrangements and other logistics due to large crowds that gather to see him and the potential threat to his life.

The big question is will the Pope’s visit bring change to Kenya and her people. We all know that top of his issues are peace, forgiveness, empowerment and ending corruption in order to have a stable country. It is up to us to initiate the change that is positive from what the pope will preach. He preaches goodwill and peaceful co-existence and that is what we should embrace to make our nation grow.