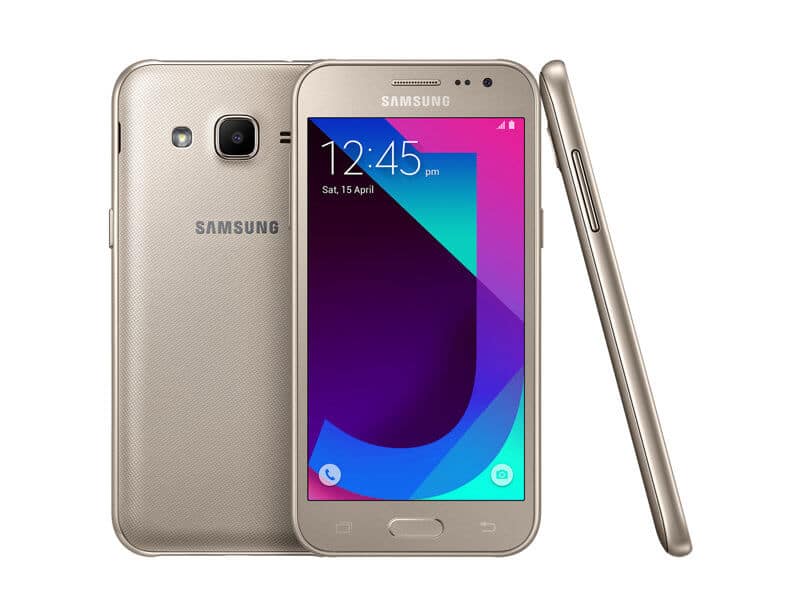 But, What about in practical usage? This is what we will see in this new test.

The Samsung Galaxy J2 comes in an orange box offering classic content. In addition to the terminal, there is a user manual, a charger, a battery, a micro USB cable, protection for the screen and simple earphones.

Aesthetically speaking, the Samsung Galaxy J2 looks a lot like its big brothers, the Galaxy J1 and J5.

We always find the rounded edges that make the terminal are pleasant to hold in hand and design entirely in plastic, a material certainly less premium and more and more neglected by the manufacturers of Smartphone in favor of metal, but which has, all the same, the merit of being more resistant to scratches and stains.

The set is rather simple and allows the J2 to differentiate itself from other ranges of smartphones from the Korean manufacturer, especially the range A.

We always find the home button which remains firmly framed on the left by the Multi-task key and on the right by the back button.

On the left and right slices of the J2 are the volume control keys and the power button. No fingerprint reader on the other hand, which is really not outrageous for a cheap product.

Finally, the micro SD and Sim slots are logically placed inside the device, since the latter is provided with a removable shell. 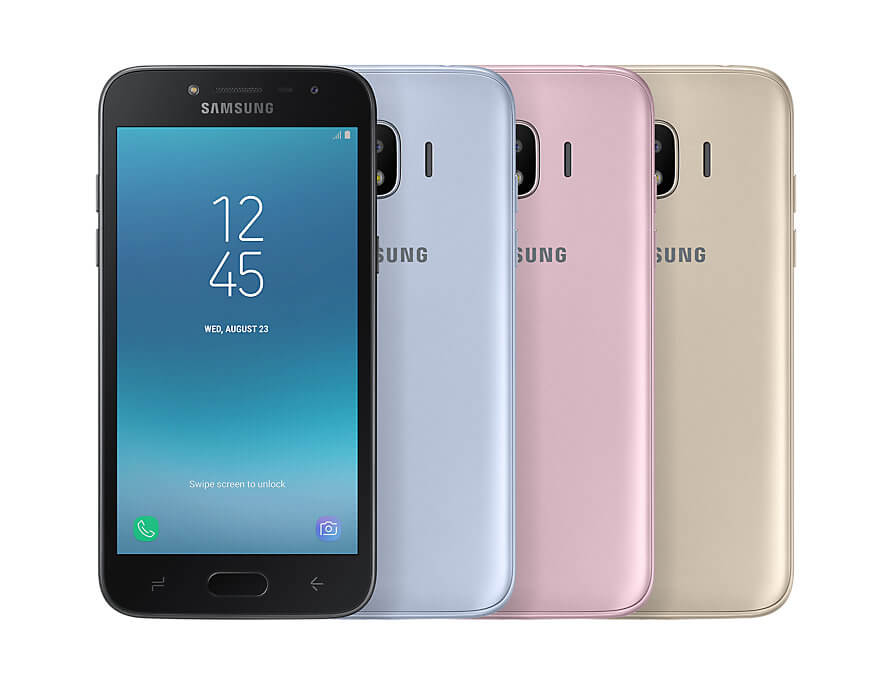 The Samsung Galaxy J2 runs under a lighter version of Android 5.1.1 Lollipop. Samsung has made efforts to make the interface as simple as possible. This is felt in the user experience, which is very pleasant.

In addition to the main theme, the Galaxy J2 has 3 other new themes, which was not with the Galaxy J1. However, it is impossible to download additional themes, which is very unfortunate. Another disappointment, the terminal is quite disappointing in terms of functionality.

The mobile is indeed amputated some of the usual tools of the manufacturer such as S voice and especially Studio which allows editing different ways of photos and videos.
For the rest, it’s all good.

The user will be able to take advantage of Google apps that display full, at least classic tools such as Chrome, Youtube, Hangouts, Drive, Google Photos or Gmail.

We also welcome the presence of the Smart Manager function. This smart manager gives an overview of the status of your device’s battery, its storage, its security system and it’s RAM.

It also has a very convenient option that allows closing applications in the background and reducing the amount of RAM used to accelerate the operation of the Smartphone.

The connection parameters also contain a very useful function called Download Booster. With the latter, it is possible to download larger files faster (more than 30 MB) using both WiFi and 4G networks. And if during a download you lose the connection to the 4G network, then it will continue via the 3G network.

Nevertheless, it will be necessary to pay attention since the download via mobile networks may entail additional costs in function of your package.

Samsung this time opted for a slightly larger screen than the J1. There is indeed a slab Super AMOLED QHD 4.7 inches, (against 4.3 inches for the J1 and as usual with the super AMOLED, the colors are very bright. In view of the positioning of the terminal, we can say that the result is generally correct.

The display quality is more or less satisfactory (even when the terminal is used in full sun) and the viewing angles are good. You can even comfortably watch a video.

In general, the screen of the J2 provides the essential and even better than that of his elder who had left us a bad impression. In addition, with a screen, a little larger, text input becomes easier. 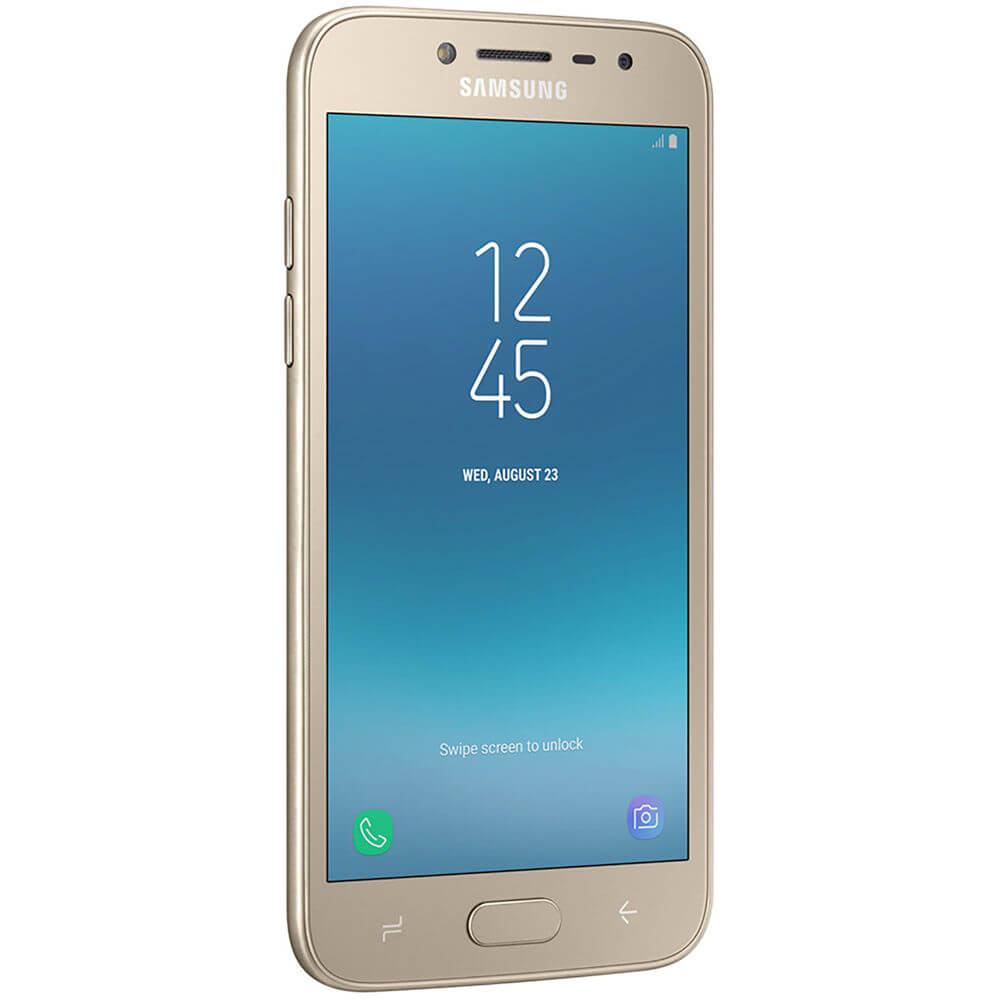 Overall, the Galaxy J2 has a satisfactory autonomy if we take into account it’s entry-level positioning. In normal use, the terminal can go up to two days. In addition, it should be noted that its battery slightly gaining capacity compared to its predecessor from 1850 to 2000 mAh.

Photo side, the J2 pleasantly surprised us. The latest model of the J range is revealed to be a much better photo companion than his big brother.

If the number of pixels does not evolve (5 megapixels), it should be noted however that the Galaxy J2 photo sensor this time benefits from the technology of the American manufacturer Omni vision who must also the HTC Ultra Pixel sensor.

The Galaxy J2’s camera delivers mostly detailed and color-friendly images. The photos taken during the day are almost all successful. Understand by this that it is better to choose bright environments, to spend the maximum of flash that will not save all the time your photos of the dark.

Moreover, we notice that the development is faster and even allows sometimes making photos on the fly.

Video side, the Galaxy J2 does not have to blush its performance. it should be noted in passing that the sensor of the Galaxy J2 is equipped with a digital stabilizer that keeps the filmed object still by re-framing the image depending on the movement.

The only downside with Samsung devices is that the recording starts as soon as you press the video button, which is very unpleasant especially that when you cut the recording, it switches to photo mode.

With the Galaxy J2, the manufacturer has rectified the shooting. Instead of the Dual Core processor, there is an Exynos 3475 SoC home clock running at 1.3 GHz. Better, the amount of RAM has increased from 512 MB to 1 GB. 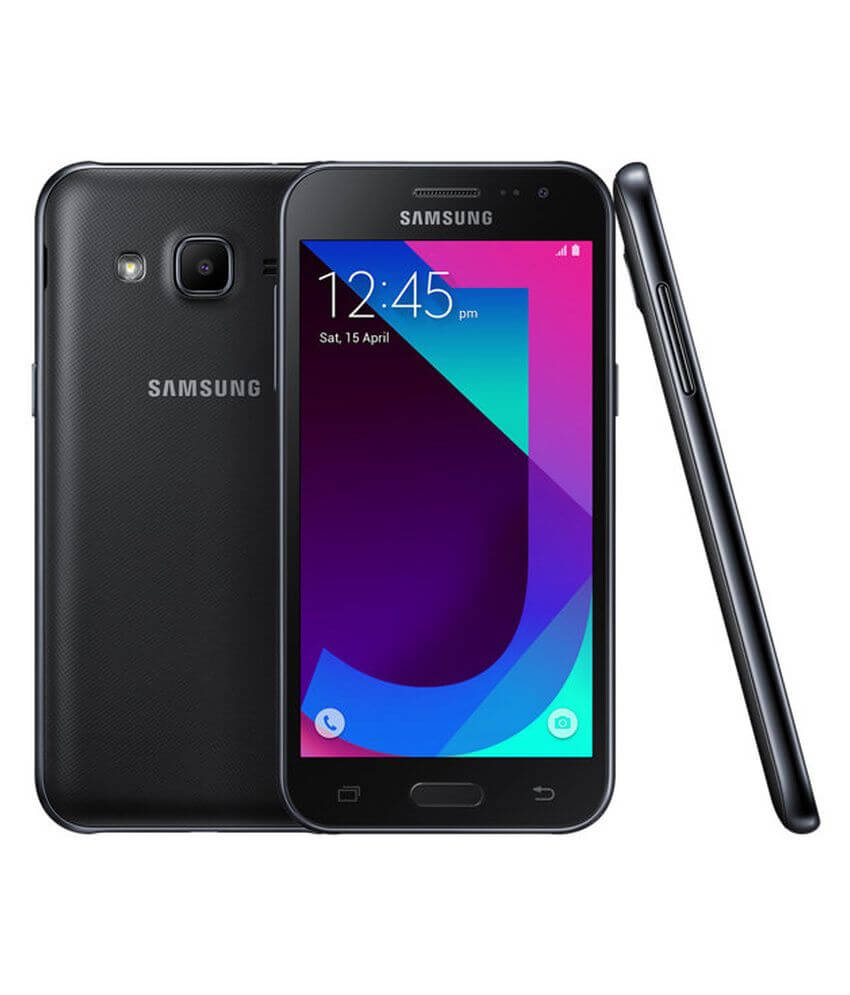 First of all, it is important to specify that the Galaxy J2 is 4G compatible, which is not the case for the J1 which is content with 3G. Another advantage is that the J2 has two Sim ports. It will, therefore, be possible to manage two telephone lines at the same time.

Finally, Samsung has doubled the internal memory of J2 from 4 to 8 GB. However, the user can only operate 4.52 GB and the remaining 3.48 GB are allocated for the system. Nevertheless, the smartphone has a memory card port to expand storage up to 128 GB.

This Galaxy j2 is a nice surprise. It is clear that the many improvements made by Samsung have helped make the smartphone a lot better. In addition to good battery life, the Galaxy J2 offers honest performance.

However, seasoned gamers will have to lower their requirements, especially for greedy games. We particularly appreciated its photosensor which offers good quality images. The integration of two Sim ports, as well as compatibility with 4G networks, is also good news.