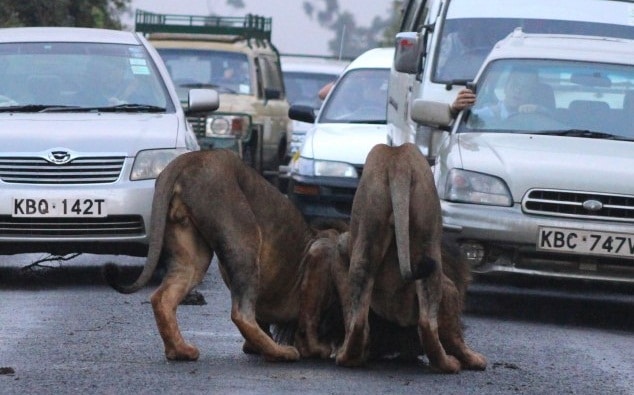 Two lions brought rush-hour traffic to a standstill in Nairobi, Kenya when they decided to have a lie down in the middle the street. It was during the morning commute on the the edge of the Nairobi National Park that two young males appeared on the side of the road and strolled out in front of cars and trucks for a roll-around.

The African lions’ antics caused tail backs as they found the busy road the perfect place to rub themselves in buffalo faeces, 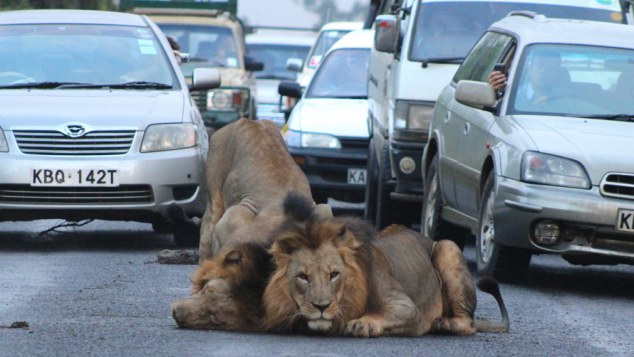 Amateur South African snapper Gareth Jones was one of the drivers stuck in the traffic jam last month and decided to get out and photograph the unique scene at 6.40am.

Gareth, originally from South Africa but now living in Kenya, said: ‘I had only driven about 500 metres when the shapes of two big male lions could be seen in the road.

‘They went into a ridiculous pose, with their rear ends up in the air and their faces down over some buffalo dung. They were trying to mask their smell so they could hunt undetected.

‘They both looked like they were enjoying themselves and it was an incredible start to the day.’ 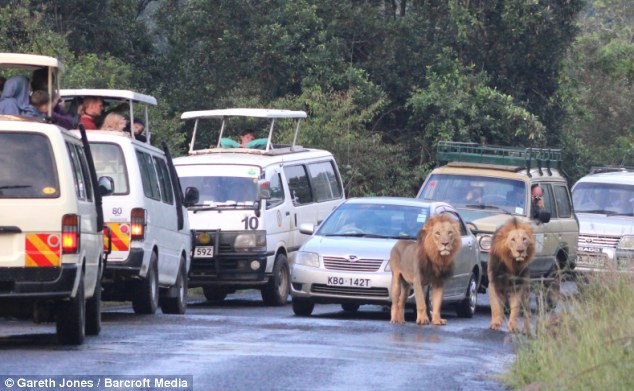 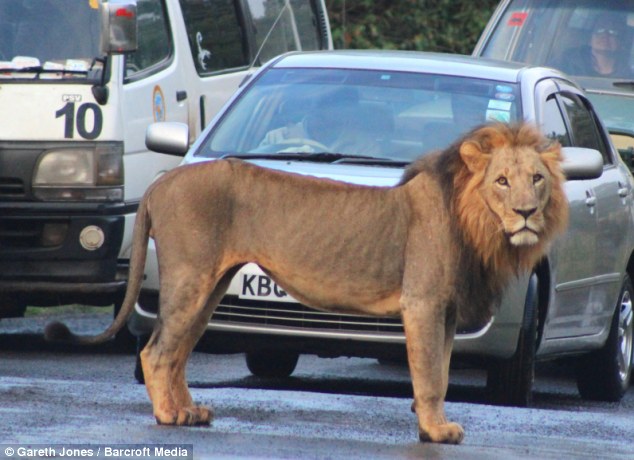 Gareth’s images show the lions rolling in Buffalo dung to mask their scent in a bid to go undetected when hunting.

But that was no consolation for commuters, who sat watching the ten minute display, before the lions left the road.

Gareth added: ‘After driving ahead of them, I began to take pictures of them walking up the road.

‘As the lions were walking slowly, all the cars entering the main gate of the park were effectively blocked by their pace. Everyone was very patient.’ 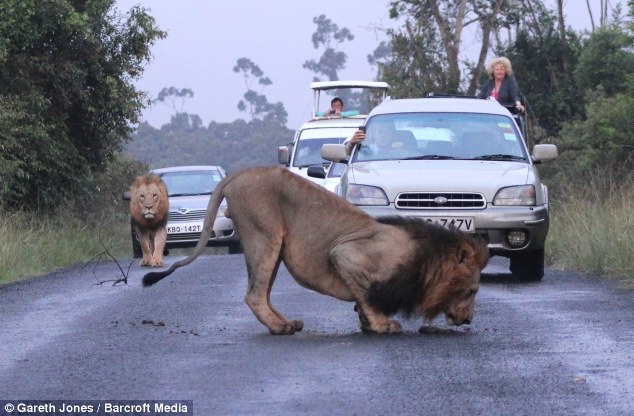 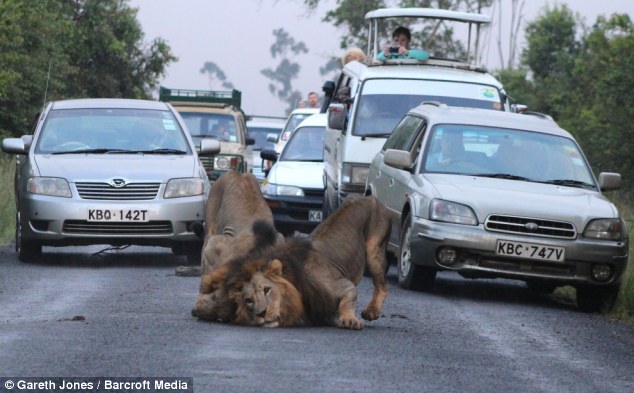 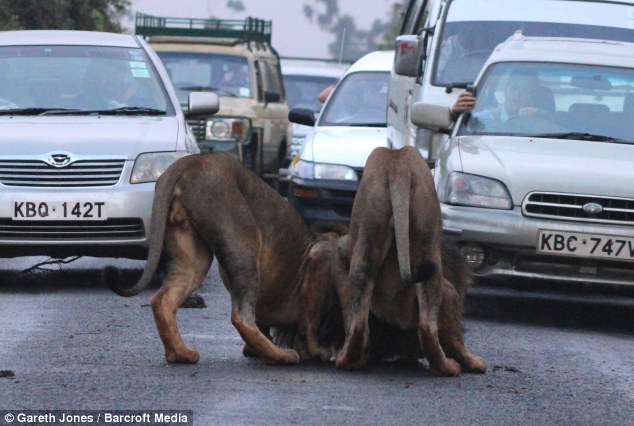 Nairobi National Park opened in 1946. It is located just over four miles from the Kenyan capital’s city centre and its skyscrapers can be seen from within the protected area.

The park is home to a wild range of species, including giraffes, leopards, wildebeest and hippos.

The closeness to the city proves a risk to the park as it is completely exposed to the pollution of the capital as well as threats from a growing population in need of land for farming and infrastructure. 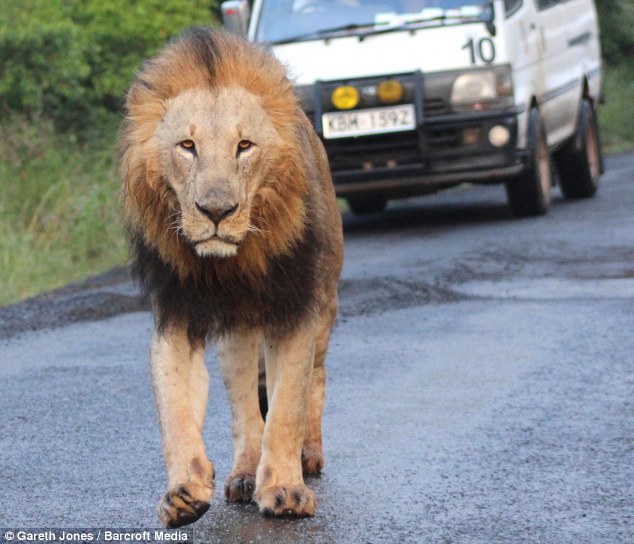 Majestic: They appeared to have no fear of the cars, camera or humans during their walkabout in Nairobi National Park in Kenya 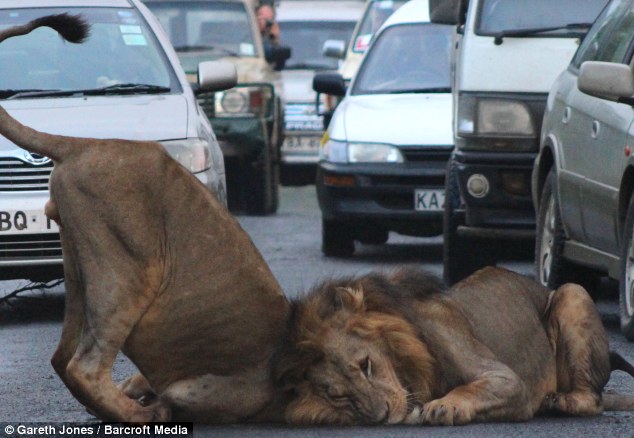 Roadkings: The animals showed complete disregard to the traffic trying to get around them as they lay down on the street