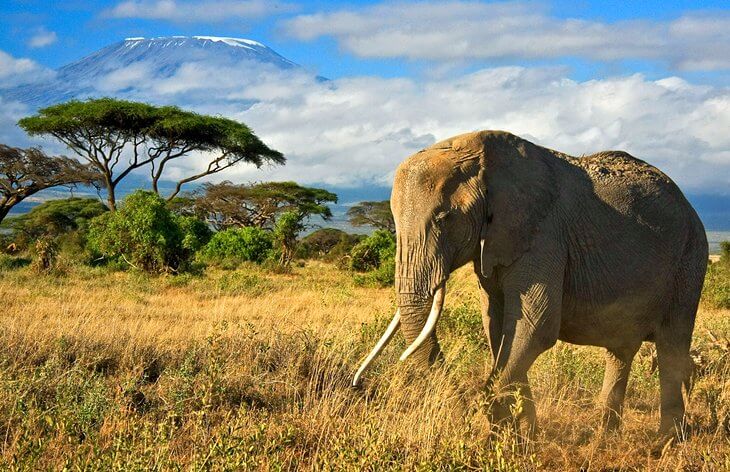 Every adventurer in the world holds a special place in their hearts for either one or all of these top 10 Kenya tourist attractions. As a destination, Kenya is perhaps the most versatile and most adventurous country on the continent. It is renowned for great safaris and the romance of the culture and its people.

Tourists are often dazzled with options since there are countless activities they can engage in while in the country. From its abundant wildlife, breathtaking physical and geographical features to its rich culture, Kenya is definitely a destination to behold. We have prepared a list of the top 10 Kenya tourist attractions in Kenya that will indeed captivate you.

What are the best Kenya tourist attractions?

There is a lot to see in Kenya, more than what will be mentioned here but these are the top 10 Kenya tourist attractions popular among adventures.

The number one spot goes to Maasai Mara National Reserve. Popularly known as the Maasai Mara, this National reserve gets the attention of the whole world since it is home to one of the Seven Wonders of the World the great world beast migration.

This is a migration of thousands of wildebeests, Thomson’s gazelles and Zebra. It takes place between July and October at the same spot every year along the Mara River. Maasai Mara National Reserve is shared by Kenya and Tanzania as it is located along an imaginary border. 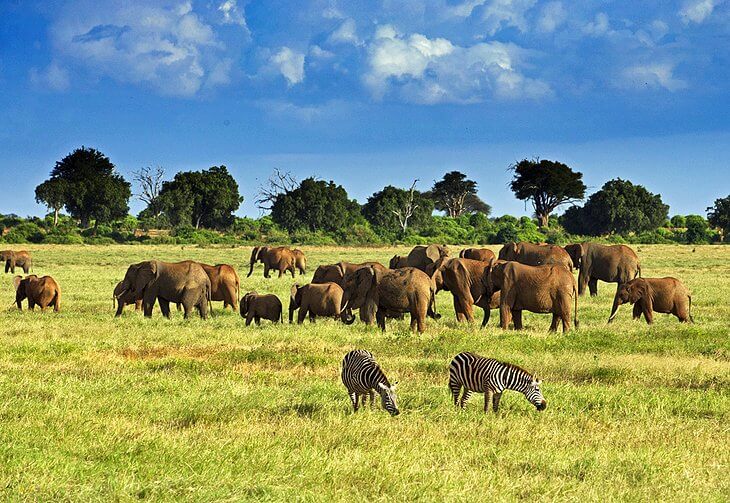 However, on the Tanzanian side, it is called Serengeti national reserve. Maasai Mara reserve is named after the red-cloaked Maasai community who dwell in the park and graze the animals within the park. A practice that has been there for several decades.

During the great migration, tourists from all over the world visit the five-star hotels in the park to witness this phenomenon that they watch from their screen courtesy of Nat Geo. Maasai Mara is also famous for its excellent predator sighting where the number of leopards, cheetahs, and lions is relatively higher compared to other parks in Africa.

As a result of its size, Tsavo is a haven by itself. It is home to waterfalls, rivers, savannahs, volcanic hills and a vast lava plateau. The part is home to several species of Animals. The Tsavo is geographically located between the capital city Nairobi and the famous coastal town Mombasa.

Tsavo is particularly popular for its herd of elephants that roam the dusty plains and bath in the red dust. The Galana River and its palm fingered twists bring life to the plains by providing clean water for the wildlife and lush pasture. 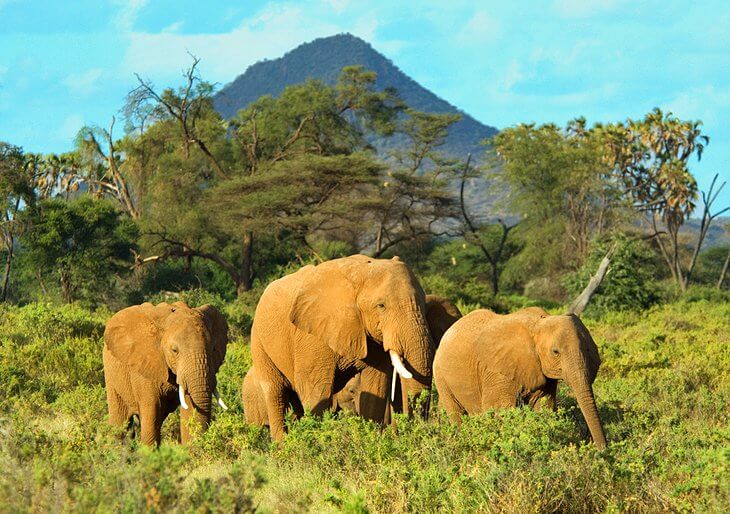 Other interesting highlights in the Tsavo national park is the Mudanda rock with a breathtaking height, the Yatta plateau which is the world longest lava flow, Lugard Falls and the famous crocodile haunted rapids and pools. Moving to the Tsavo West, the sceneries here should be the expectation of the tourist.

The Tsavo West is generally wetter and has denser vegetation that Tsavo East. As such, there are fewer animals to see here. However, the sceneries are to die for in the Tsavo West. Starting off with the Mzima Springs -which is a series of natural underground water springs- Here you can enjoy Hippo viewing and crocodiles before heading to the Chaimu crater. The crater is one of the greatest spots to view birds of prey and butterflies. Still, in the Tsavo west, one can visit the Ngulia Rhino sanctuary to see the endangered Rhino species.

On our list of top 10 Kenya tourist attraction sites is Lake Nakuru National Park. This one is particularly famous for flamingo viewing. Tourists from around the world visit this lake to see the mangrove vegetation, flamingoes and other animals in Lake Nakuru national park. The lake is home to one of the biggest flock of flamingos in the world.

Lake Nakuru itself is one of the Rift Valley soda lakes that comprises almost a third of the park’s area. The park was established in 1961. More than 450 species of birds have been recorded here. Some of the animals you might see in the park include; Lions, leopards, warthogs, waterbucks, pythons, buffalos and white rhinos. 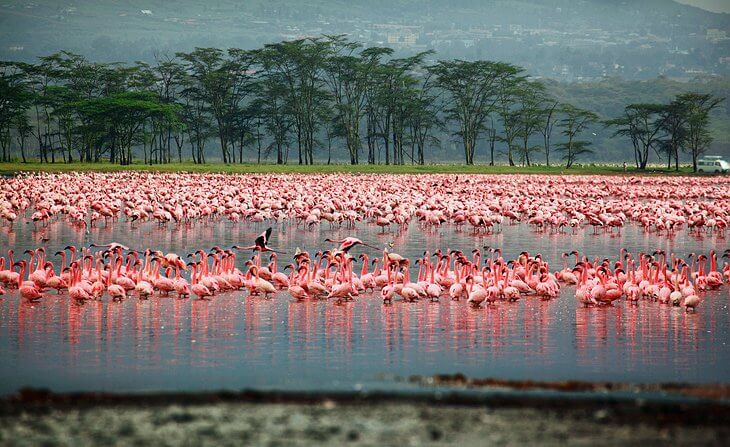 The landscapes in Lake Nakuru range from sweeping grasslands bordering the lake to woodlands and rocky cliffs. The lake is also famous for protecting the largest euphorbia candelabrum forest in Africa which are endangered.

Perhaps the best point to view Africa’s highest peak is from Amboseli National Park. It is one of the most popular destinations in Kenya for its rich wildlife and sceneries. Amboseli is a Maasai name for salty dust that perfectly describes the park’s rugged and parched condition.

Amboseli is one of the few places in the world where tourists can view the large herd of elephants up close. The park is home to wild cats, gazelles, giraffes, waterbucks elands, and over 600 bird species. Tourist can enjoy five very diverse habitats while in the park. They include woodlands, wetlands with sulfur springs, a dry lake bed ‘Lake Amboseli’ and a grassland savannah.

As a UNESCO World Heritage Site, it is no doubt that Lamu is the oldest continually inhabited settlement in Kenya. Lamu is a Small Island with no physical connection to mainland Kenya other than ferries and boats. Lamu was established in the 7th century by Arabs who were traders in ivory and slaves during the 7th and 12th century.

While strolling the streets of the island, one can’t help but see the rich trading history that the island is known for. The architectural features ranging from carved wooden doors, hidden courtyards, Mediterranean verandas, coral stone buildings and patio rooftops from the 12th century are still existent in perfect conditions today. 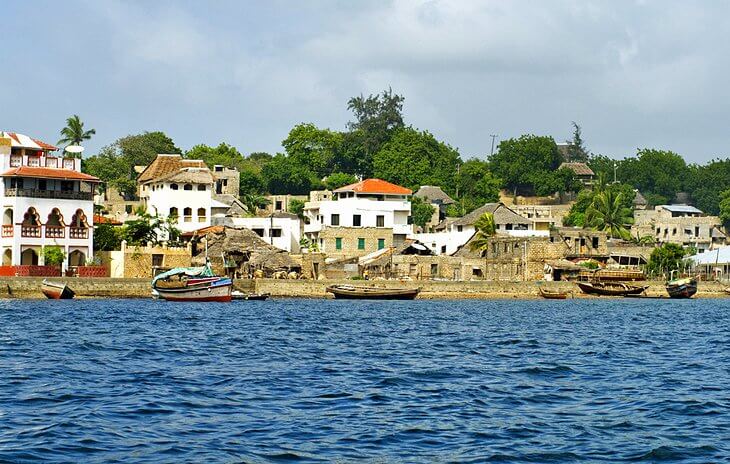 A visit to Lamu is no doubt a step back in time where dhows plough the donkeys are the main mode of transport and no motorized vehicles exist. Lamu is inhabited by Swahili speaking tribes who are mostly hardcore Muslims clothed in traditional attire.

Other highlights of Lamu include the Lamu museum that showcases the rich nautical history of the Swahili culture. One can also visit the Lamu Fort and the donkey sanctuary while still on the Island. Despite its old age, Lamu is home to the world’s most pristine white-sand beaches.

You are right! Nairobi is on the list of top 10 Kenya tourist attractions. Nairobi is no ordinary city, as a matter of fact, it is a city with a difference. It is the only city in the world with a National park with diverse wildlife in it. Nairobi as a destination is a gateway to the rich wildlife in the country.

It is also the capital city of Kenya and the biggest city in East and Sub Saharan Africa. Nairobi was traditionally the capital of British East Africa where settlers staking in Coffee and tea industries were staying.

Today, Nairobi is a vibrant city with excellent infrastructure, wildlife and historical sites you cannot miss out on. Today, you can explore the city’s famous historic sites, as well as some excellent wildlife-related attractions.

The hells gate is one of the most dramatic places to visit in Kenya. Perhaps its share of beauty and dramatic scenes is what compelled the directors of several movies to shoot their action in Hell’s gate. It is a tiny park compared to other parks in Kenya but it offers unique views.

As a bonus, tourists are allowed to walk and cycle around the park without a guide. It has its share of wildlife but predators within the park are few in numbers. Hell’s Gate is mainly known for its cliffs and deep gorges that are believed to be tributaries of a river that fed a prehistoric lake in the rift valley.

This is the highest mountain in Kenya and the second-highest in Africa. As a matter of fact, it is believed that Kenya derived its country name from this mountain. Located in central Kenya, Mount Kenya is home to the M.t Kenya national park. It is popular with tourists who love hiking and its peaks are covered in snow.

Away from the highland in the mainland, Kenya is also known for its pristine beaches along the Indian Ocean. Malindi provides a very nice introduction to the coastal tourist attractions in Kenya. Malindi is home to the spectacular white sand beaches and extensive coral reefs. 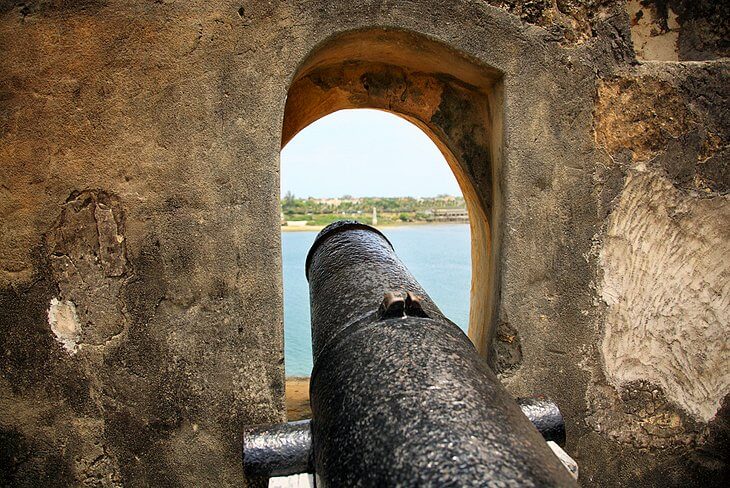 Tourists can visit Malindi and enjoy some of the most common practices like sunbathing, deep-sea fishing, snorkelling, surfing, and swimming. As a gateway to the coastal region of Kenya, Malindi is served with a highway and a domestic airport. Tourists can visit the Malindi Marine National Park is protected and has fine beaches clear water and very colourful fish.

To conclude our list of top 10 Kenya tourist attractions is Kiunga Marine National Park. This park is part of the Lamu archipelago, a cluster of hot low – lying desert islands. The Islands run 60Km parallel to the Kenyan coastline. From the park, tourists can enjoy deep-sea diving and enjoy the different species of fish and the beautiful coral reefs

Surrounded by calderas and mountain ranges, the Great Rift Valley that divides the country, snow-cloaked equatorial peaks of Mount Kenya and crystal-clear streams, National Parks that harbour obsidian caves and plains that hiss with natural geysers and hot springs, Kenya is indeed a stunning destination. To experience the romance of Kenya’s colourful colonial history captured in the film Out of Africa, head to Kenya for the most evocative and exciting adventure.

For more information, make sure you visit  http://www.magicalkenya.com 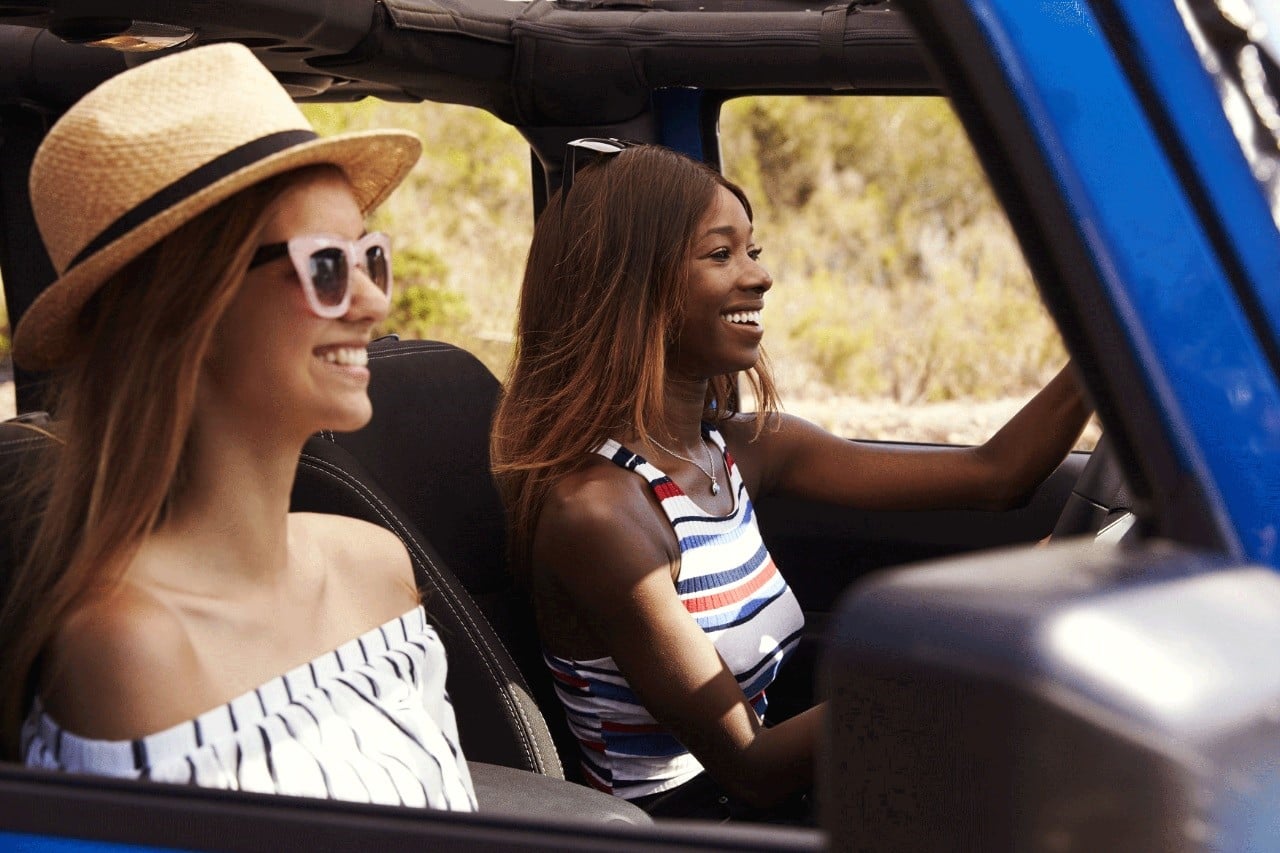 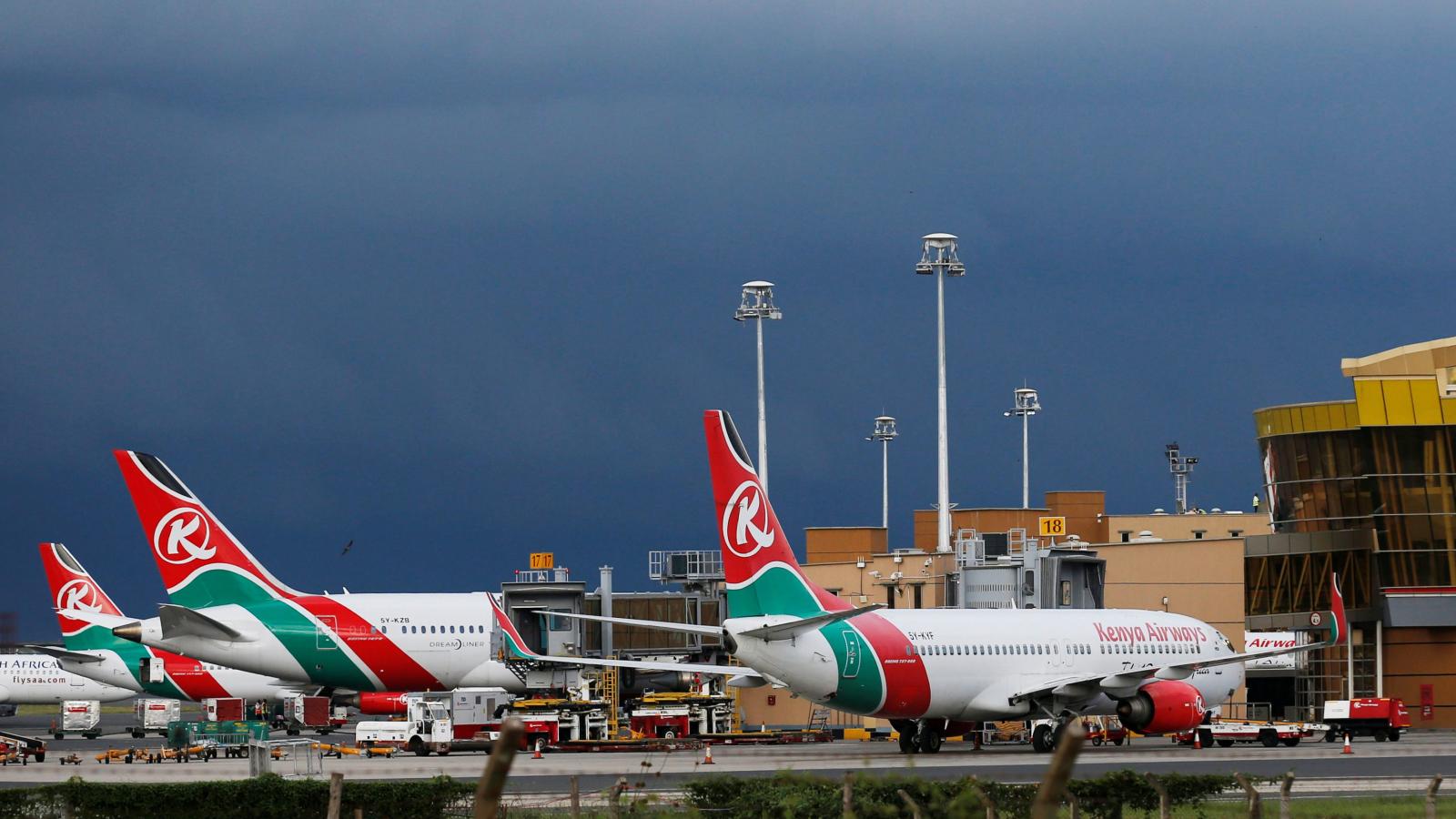