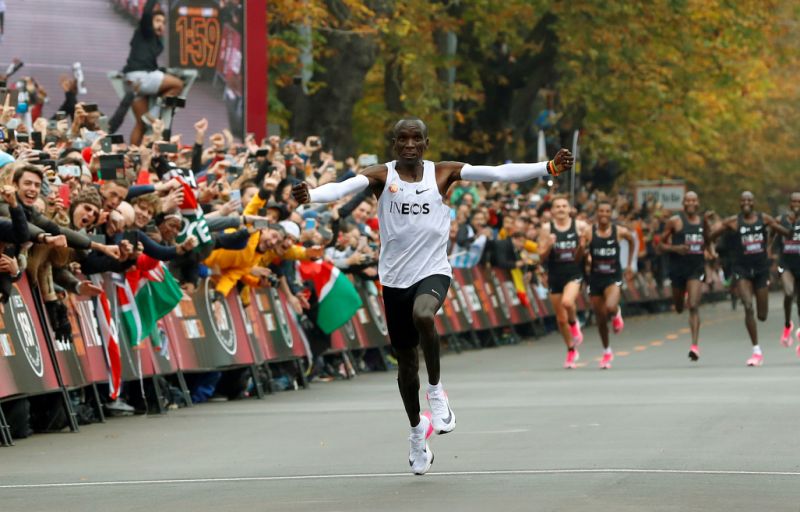 Kenyans on social media yesterday trashed the Presidential Awards saying it lacked meaning. This came after a tweet by Dennis Itumbi on state commendations and a reply from Boniface Mwangi.

Itumbi alluded that, Eliud Kipchoge who had just completed the Ineos159 challenge should be honored by being awarded a state commendation.

As a matter of fact, what angered most netizens, is that the fact the proposal came from one Ole itumbi.

Read also: Types of bloggers, which one are you?

Here are some of the juiciest tweets that got our eyes. And as you can see, it is the Digital Innovations director at the office of the President – Ole itumbi that came under fire and heavy criticism after proposing the said state commendations. 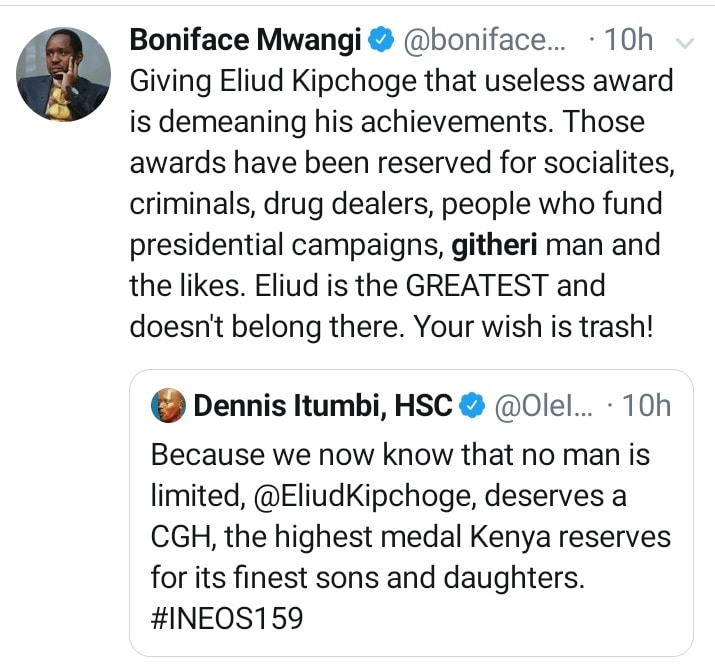 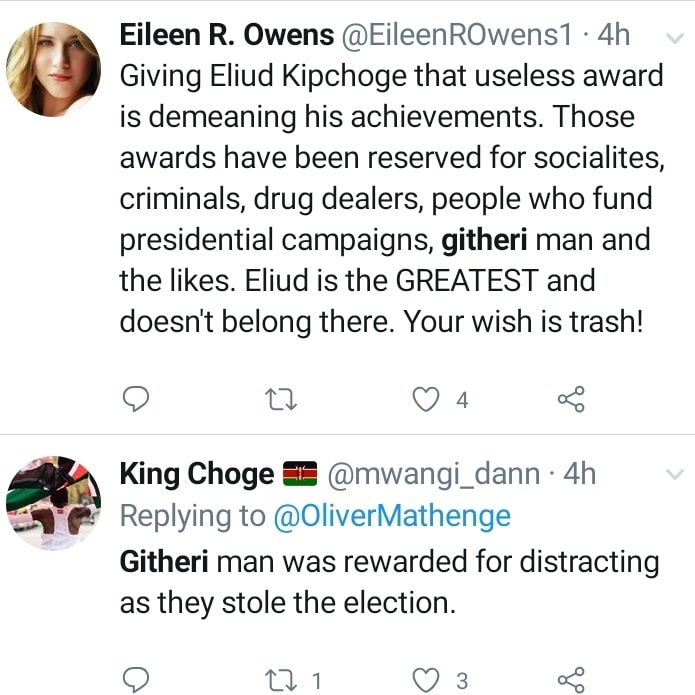 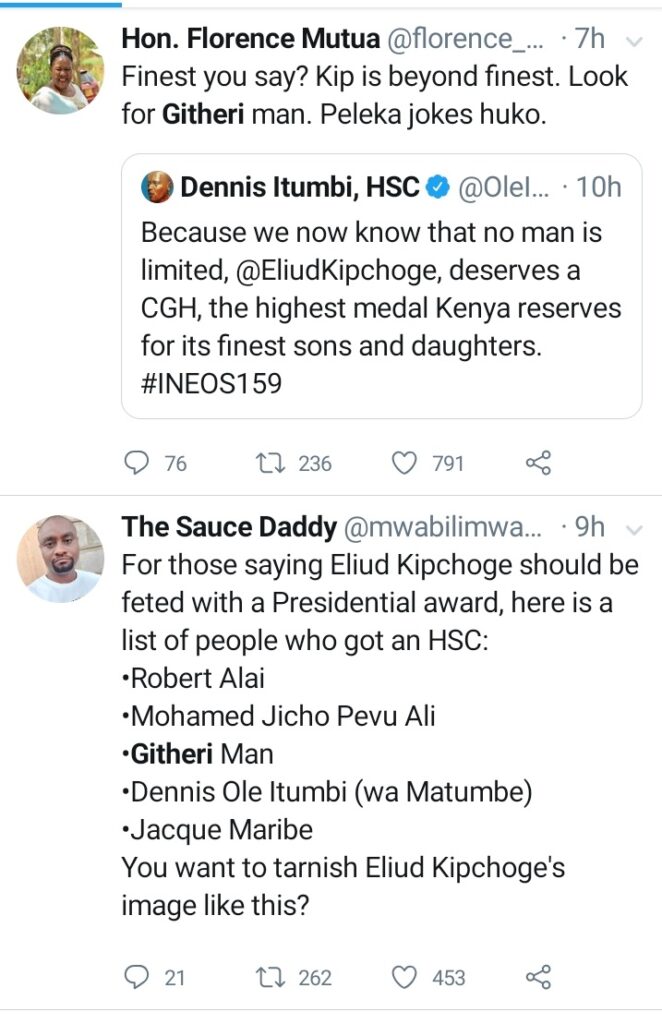 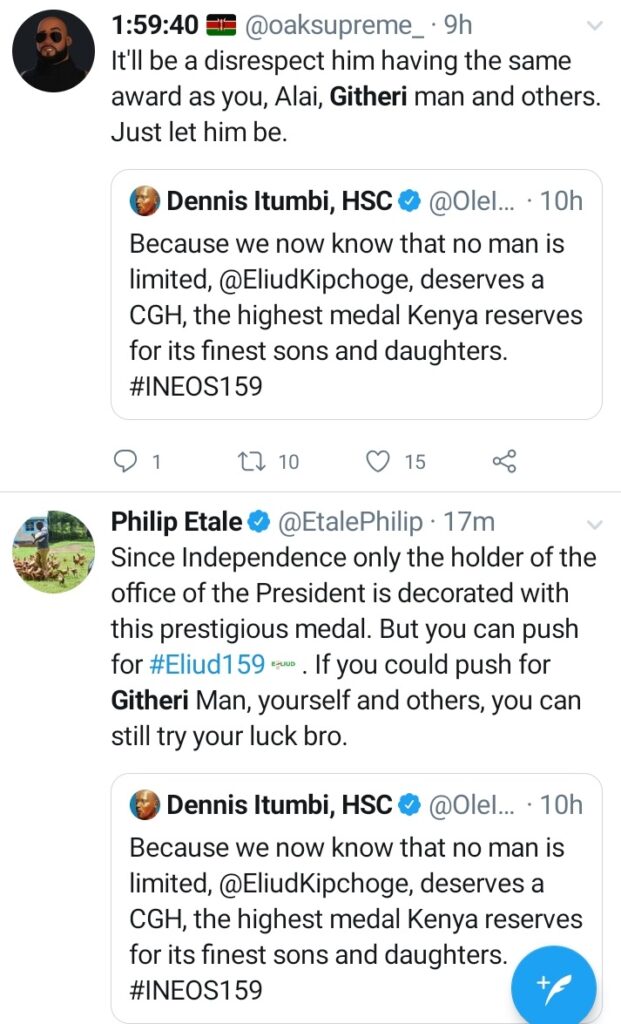 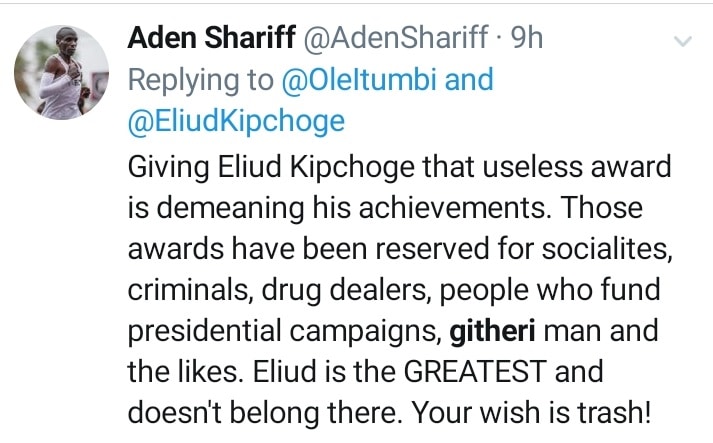 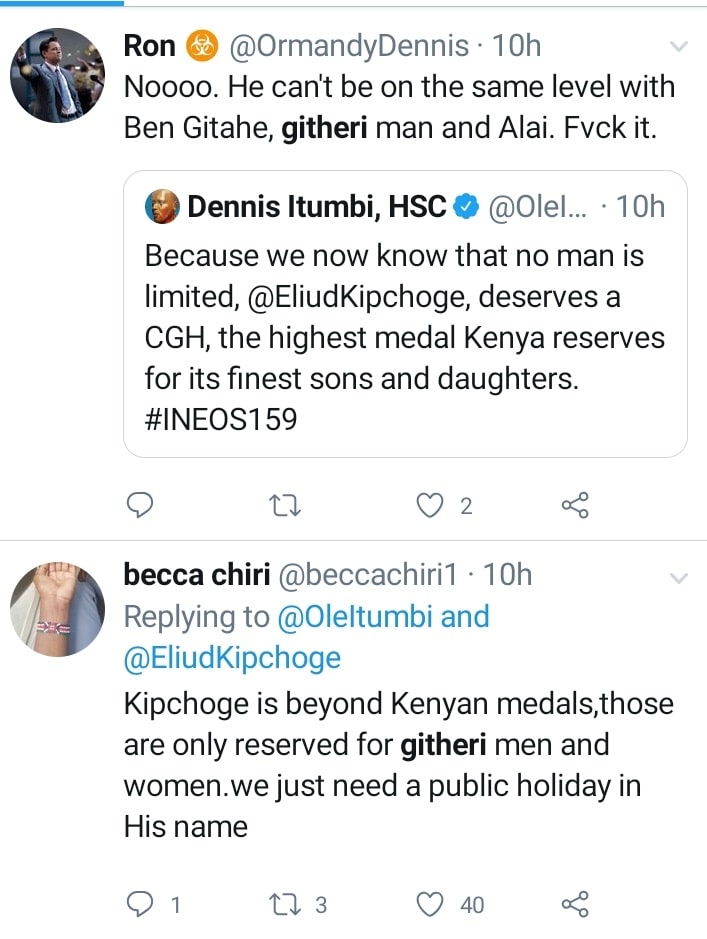 Let us also here your sentiments, reactions, and comments in the comments section below. Loving what you read? In the meantime, why can’t you linger a little bit more and see what this site has to offer?