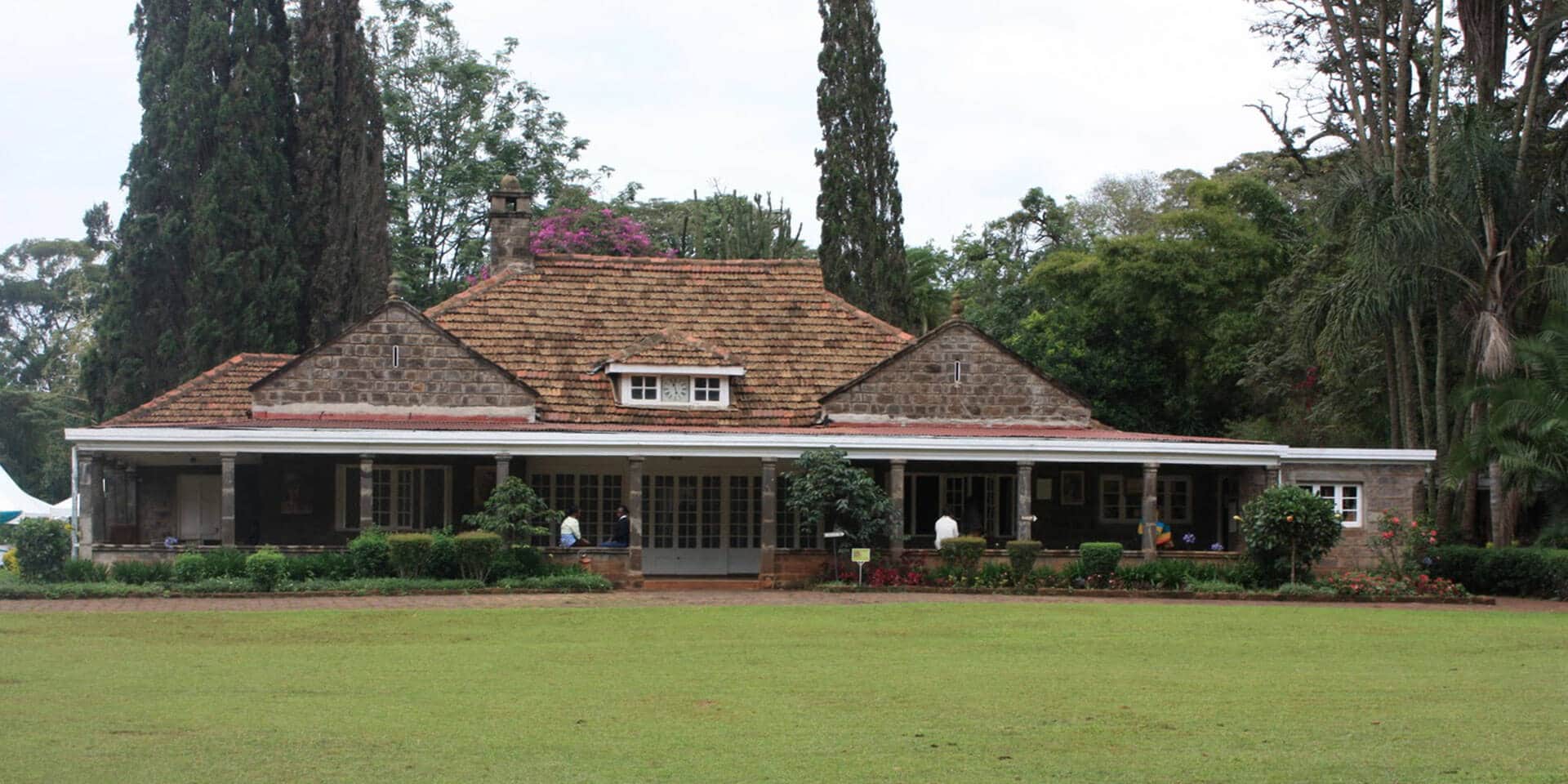 Karen Blixen Museum is a beautiful farmhouse where Karen Blixen, author of Out of Africa, lived between 1917 and 1931, until she left Kenya, going back to her native homeland(Denmark) after a series of personal tragedies. The farmhouse gained international fame with the release of the movie ‘Out of Africa’ an Oscar-winning film based on Karen’s an autobiography by the same title.

This wonderful museum at the foothills of Ngong hills is indicative of the white settlement in Kenya in the 19th century. The museum centerpiece was initially built on what was 4500 acres of land owned by Karen Brixen and her Husband Baron Bror.

The farm had been divided in such a way that 600 acres were used to grow coffee. The two ran the farm until they divorced where Karen was left to manage the farm alone. Following a series of personal tragedies, Karen went back to Denmark and sold the farmhouse to Remy Marin. During her ownership of the farm, Remy broke it into 20-acre pieces of land and sold them for development.

Part of the land sold makes up for the current suburbs of Karen where affluent Kenyans live. Remy would later sell the farmhouse to a British army officer in 1935. After his death in 1953, the house was sporadically occupied until it was bought in 1964 by the Danish government and given to the Kenyan government as a gift of independence.

Why Karen Blixen is a tourist attraction

The Karen Blixen has more significance buried within its history. First, the building is of historical significance indicative of the European settlement in East Africa. Second, the museum is associated with the life of a significant person whose work was used to publish an award-winning film. The Karen Blixen serves as a tourist attraction site today with its rich history.

Its architectural design is distinctive of the 19th century. Spacious rooms, horizontal verandas, massive windows, and tiled roof was a trend in European suburbs in Nairobi. The rooms today act as dining rooms where visitors can enjoy meals and feed

The Blixen Museum was opened in 1986, by the National Museums of Kenya; to serve as a historical museum detailing the broad historical pattern of European settlement and cultivation of East Africa; and due to the distinctive characteristics of its type, period and method of construction. The house’s architecture is typical of late 19th-century bungalow architecture.