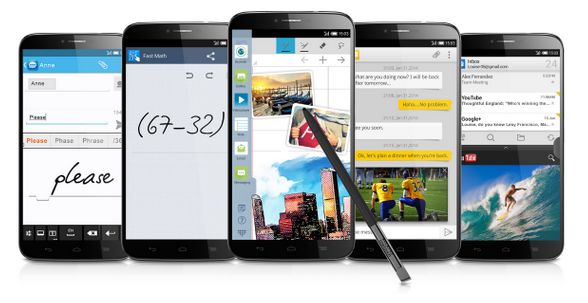 For the love of big screens!!! 6 inches screen are perfect for gaming, movies and other media actions! If you’re looking to get a sleek and big screen smartphone yet you’re on a budget; you can make your choice from these 6” mobile phones under KSh 15,000 in Kenya.

There aren’t many recent mobile phones under KSh 15,000 in Kenya that have these features, so I have meticulously searched for the most recent and best of them. You can be sure to enjoy these phones.

I’d grade them based on their overall functions since they all offer the same screen size, additional features are also a plus.

Standing at number one on this list of 6 inches mobile phones under KSh 15,000 in Kenya is the HOTWAV Symbol S3.

Despite the fact that it’s generally condemned for being a clone of the iPhone X, it’s still a great device to own. I’ll tell you why.

It has a fast processor, it runs on a 1.8GHz Octa-core CPU and has a 3 GB RAM, trust me, games and streaming will go smoothly on this one. Not only that, it also has connectivity up to 4G LTE for fast internet connections.

HOTWAV Symbol S3 packs a 32 GB internal storage that’s expandable with a microSD card up to 128 GB. Not to mention the dual cameras in both the front and rear. 5MP & 2MP cameras in the front, 13MP & 2MP at the rear.

You’d have thought that it’d cost a fortune with all these features, amazingly some stores offer them at KSh 13,850 on Jumia.

Coming behind at number 2 is the power monster Tecno L9 plus, which packs an amazing 5000mAh non-removable battery. According to Tecno, this guarantees standby for 72 hrs, you don’t have to bother about longer charging time, it has enhanced fast charging capacity.

Tecno L9 Plus runs on an Android v7.0 (Nougat) with HiOS platform and has a 2 GB

RAM. The processor is a 1.3Ghz Quad-core Mediatek CPU ND has an internal storage of 16 GB expandable to 128 GB through a micro SD card.

It also packs a camera of 13MP in the rear and 5MP in the front.

The screen resolution of this beauty is 720×1280 with 2.5D glass that covers the edges.

Other features include a fingerprint sensor, dual -SIM and up to 3G connectivity.

Its price by some stores on Jumia is KSh 14,999. The phone is perfect for gaming and all media activities.

The last on the list is the pocket-friendly Tecno Spark K9, which carries some quite decent feature but not so impressive.

Its battery capacity is decent at 3400mAh. Camera shooters at the front and rear are 5MP and 13MP respectively and can shoot videos at 1080p@30fps.

Unfortunately, it’s network connection stops at 3 GB. Other features include a fingerprint scanner and dual SIM.

You can check for other cool Tecno smartphones here.

These are the most affordable, most recent, and top 6 inches mobile phones under KSh 15,000 in Kenya.

If you’re willing to spend some more thousand, you can check some cool Infinix phones and Samsung phones with 6 inches display, or you go for the recently released OPPO F7 which is just 5.7” but with crazy features. I also made a review of 4G network mobile phones under KSh 15,000 in Kenya.

Thanks for reading through.