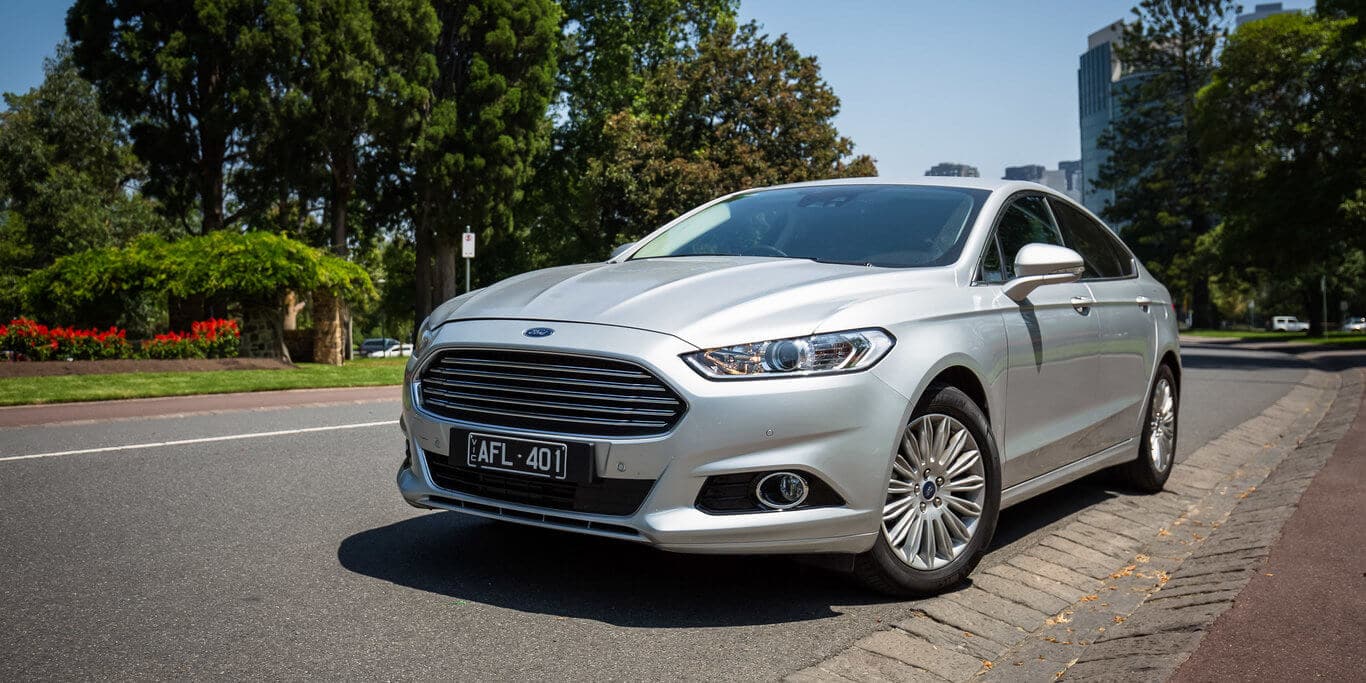 When I first saw this car, I thought it was an Aston Martin. For that reason alone, it got my attention. Modeo is a relatively huge car that seeks attention on the road. Its nifty curves and shape that mimic those of an Aston Martin give this car the all the elegance. Traditionally, the Mondeo man was the typical middle-class man who had a wife and two kids, probably lived in a decent apartment and made sensible but arguably rather dull life choices.

Well, we are no longer in the 1990’s, and neither is the Mondeo. The mondeo and its competitors are becoming rare as families across the world rush to buy SUV rather than sizable saloons. That said, you will not be accused of following the masses if you choose to buy the Mondeo over an SUV.

We’ll tell you how the Mondeo stacks up against its key rivals, like the Volkswagen Passat, in the key areas. We’ll also tell you which engines and trims make the most sense.

Diesel may be getting a lot of bad press at the moment but, if you’re in the market for a Mondeo, it still makes a lot of sense. We reckon the incredibly low CO2-emitting 1.5 engine. Performance is adequate and this engine averages a remarkable 53.7mpg in real-world MPG tests. 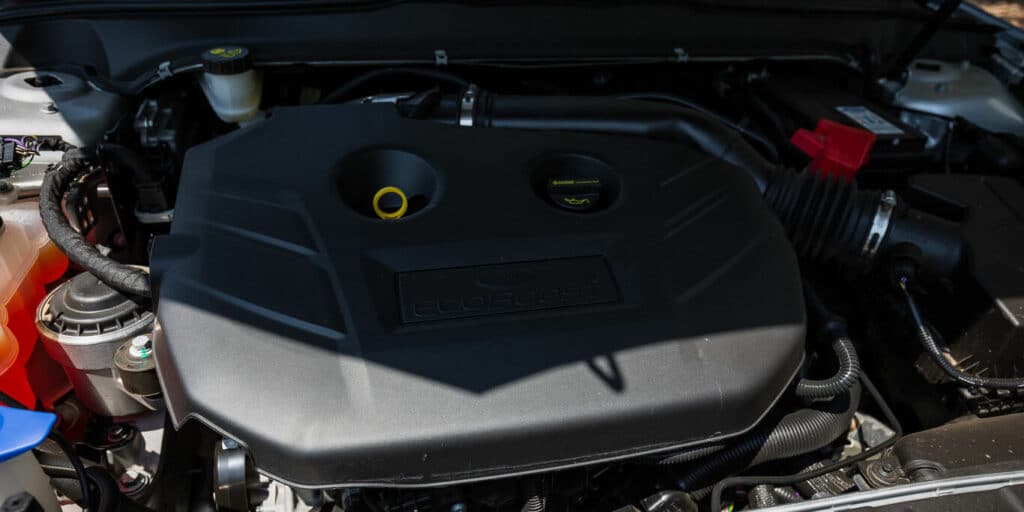 There’s also a 2.0-litre diesel that’s available in a range of power outputs. The 148bhp version (badged TDCi 150) is satisfyingly punchy and flexible, and doesn’t feel much slower than the 177bhp (2.0 TDCi 180) option. Then the 207bhp twin-turbo that comes standard with an automatic gearbox will give you all the performance you need. 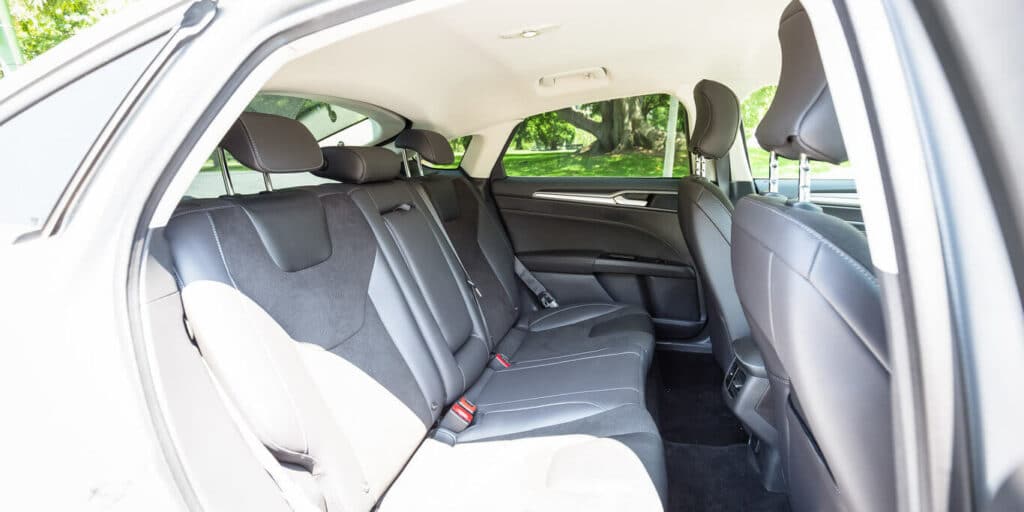 Unlike the more expensive executive rivals such as the Audi A4 and BMW 3 Series, the Mondeo isn’t offered with adaptive dampers. Instead, you get conventional suspension that does a good job regardless of the road surface. Particularly if you opt for a version with smaller alloy wheels. The suspension soaks up big bumps and small ruts alike, leaving you well isolated from the road surface beneath.

When it comes to infotainment gadgetry, the Mondeo stacks up pretty well. That’s because even entry-level Zetec Edition trim gets you an 8.0in colour touchscreen with satellite navigation, a DAB radio and Apple CarPlay and Android Auto smartphone mirroring.

The top range Vignale models have a punchier 12-speaker Sony sound system. This system can be added to some of the cheaper trims but the difference isn’t huge, so we’d save the money. 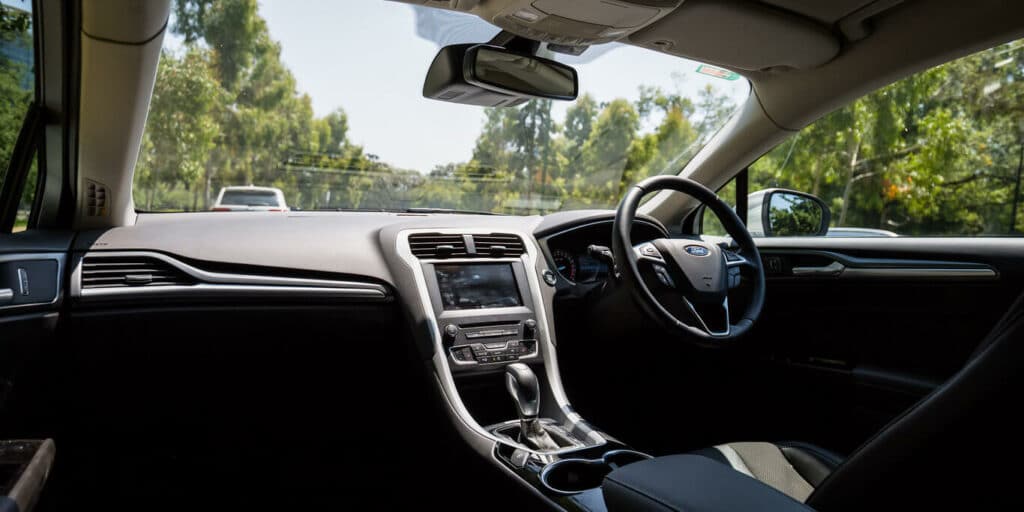 Most executive cars in this price bracket have a touchscreen (unlike the more intuitive rotary dial-controlled systems in, say, the Audi A4 and BMW 3 Series). However, the Mondeo’s isn’t particularly user-friendly compared with the touchscreens in some rivals. The graphics aren’t especially sharp, either.

Again, not a Mondeo strong point. In fact, compared with most executive rivals, even in this price bracket, the Mondeo’s interior feels rather low-rent. There’s lots of hard plastic on the centre of the dashboard, for example, and the buttons on the steering wheel also seem quite cheap. 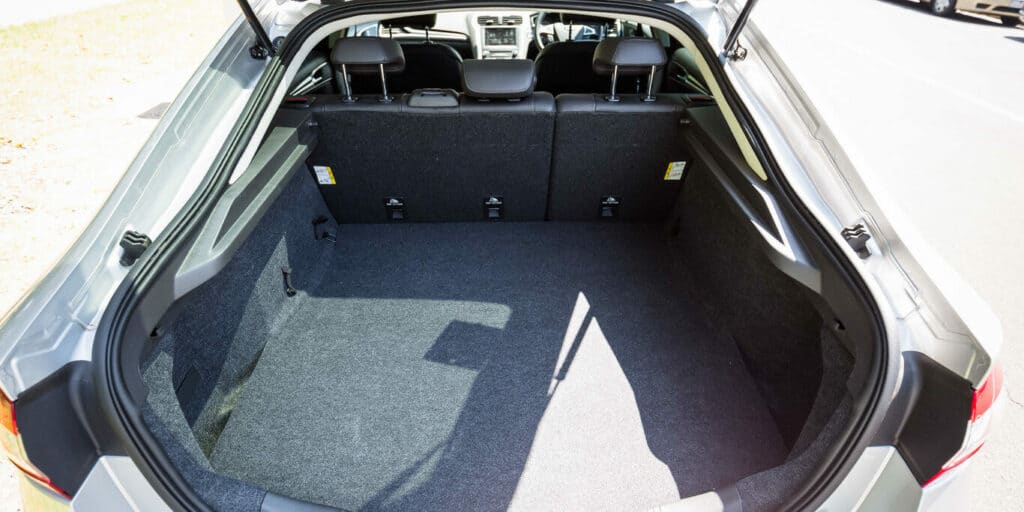 Interior quality was improved during a facelift in 2017, but the Mondeo still lags well behind the Volkswagen Passat, let alone premium-badged executive rivals such as the A4.

The Mondeo was awarded the maximum five stars in its crash test back in 2014, with scores of 86% for adult occupant safety, 82% for child occupant safety and 66% for pedestrian protection.

These are virtually the same as those of the Volkswagen Passat, although the Mondeo fared slightly worse for side-impact protection. However, it’s worth remembering that today’s crash tests are more stringent than they were years back. 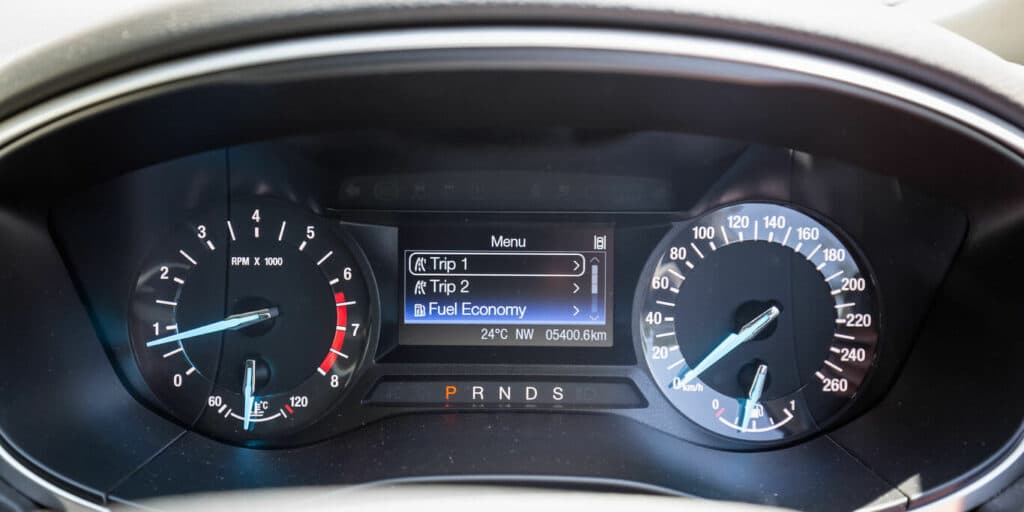 To help you avoid a shunt in the first place, all Mondeos come with automatic emergency braking and emergency assistance. Inflatable outer rear seatbelts. A small airbag helps distribute the force of the impact more evenly. Blind spot monitoring are on the options list. Meanwhile, lane-keep assist and traffic sign recognition is standard from Titanium Edition trim upwards.