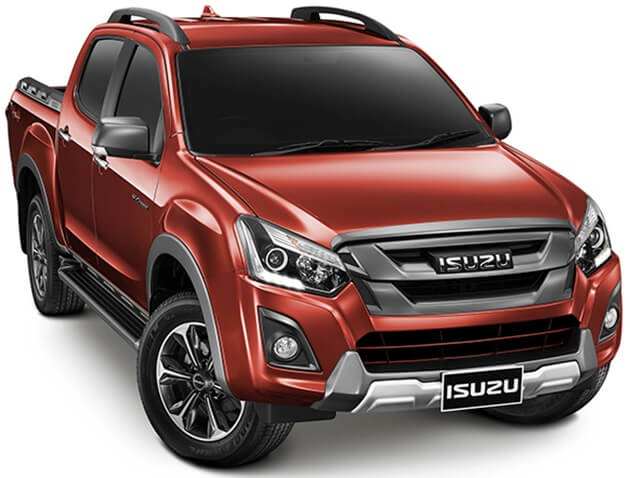 The Kenyan market is flooded with high end and expensive dual-cabs, but is it all about looks and shapes? You are most probably buying a pick up because you want it to handle some tough terrains and carry lots of luggage. For that reason, if you are looking for a workhorse, then you need something like the Isuzu D-max Pick-Up. 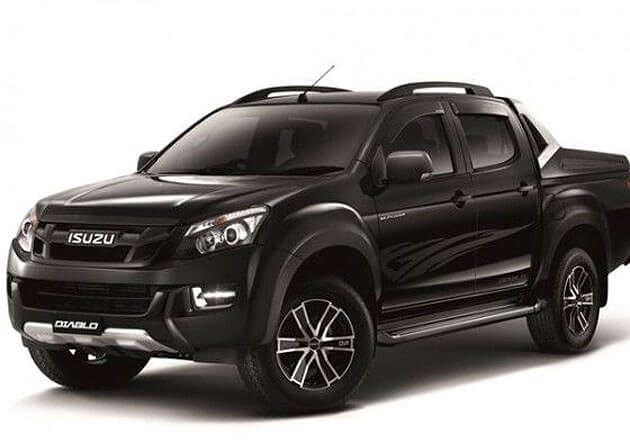 This machine is known for being tough as nails and for its ability to tackle the Kenyan terrains and conditions boldly.  Isuzu may not compete technology wise with Toyota Hilux and Ford Ranger which are more common in Kenya but for its price tag, it is quite a workhorse that will do everything the ford ranger does.

If we get into some race track review, the Isuzu D-Max beats the Toyota Hilux in a moose test which is a very important test that checks the stability of a car. The new 2017 Isuzu D-max comes with an 8-inch touchscreen and a standard rearview camera. It runs on 16-inch alloys with Tall-Terrain or Bridgestone tires.

Some of the new exterior looks include a redesigned front bumper, reshaped bonnet, new headlight designs, LED daytime running lights, fog lights, and a revised grille treatment. Jumping into the interior of this truck, you immediately notice the adjustments in the new truck.  While it may not be above the range of equipment, the Isuzu D-max is not poorly equipped. 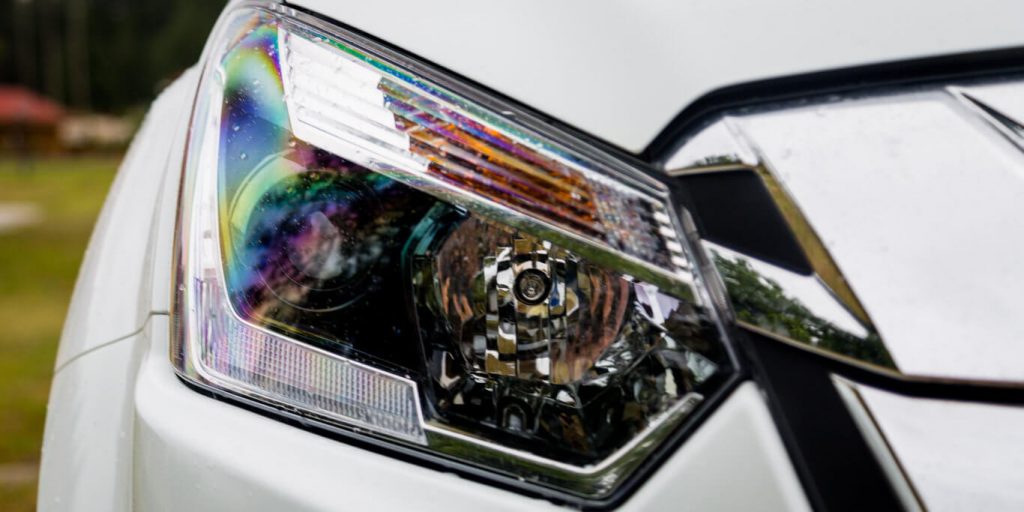 Some of the drawbacks in the interior of the car is the amount of plastic finishes on the floor and the steering wheel. However, considering it is a truck, we give them the benefit of doubt. On to the seats, they are pretty good for long distance travels and rough terrains and they do not give you undue fatigue so that’s a thumbs up for Isuzu. 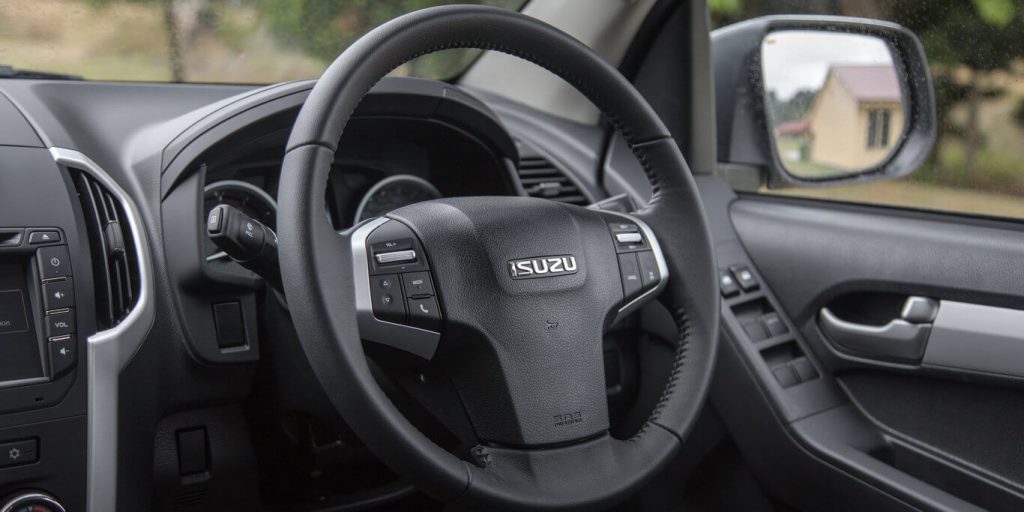 The truck is fitted with three USB inputs that can be used for charging and for media play. Both the front and the back passengers enjoy can use the USB inputs conveniently because two are located behind the center console.  The truck is equipped with eight speakers and roof mounted surround speakers which enhances the quality of music in the cabin. 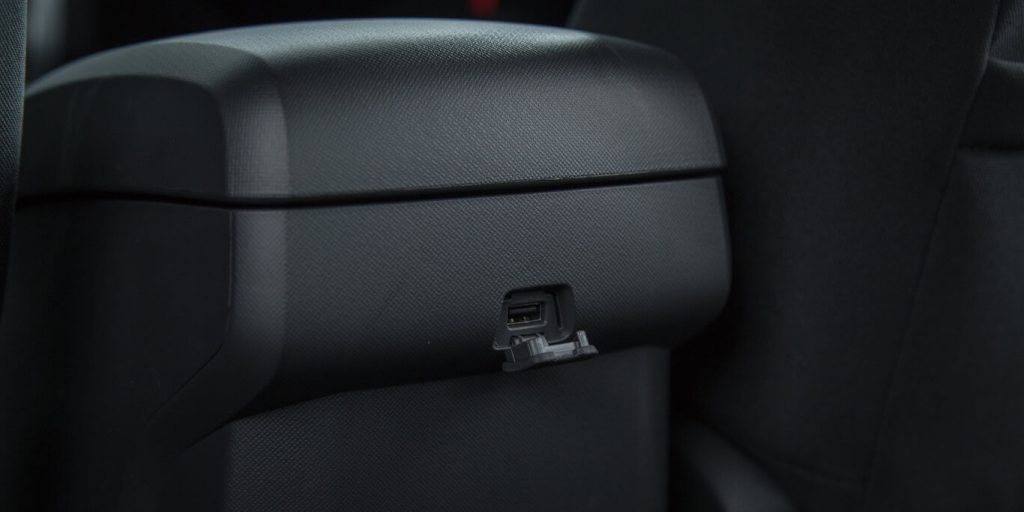 While Isuzu says that they have updated their 2017 truck, the cabins still looks older compared to where its competitors have reached.  Many people have had an issue with the car’s air-con where its dials are non-responsive even though the air con works. The car heating also does not seem to work to your expectations.

That said, storage in the D-Max is decent, with a pair of central cupholders, and bottle caddies in all the doors, as well as dual map pockets in the rear. The space on offer in the second row is decent, with more knee-room than some rival trucks, along with reasonable headroom and toe-room. 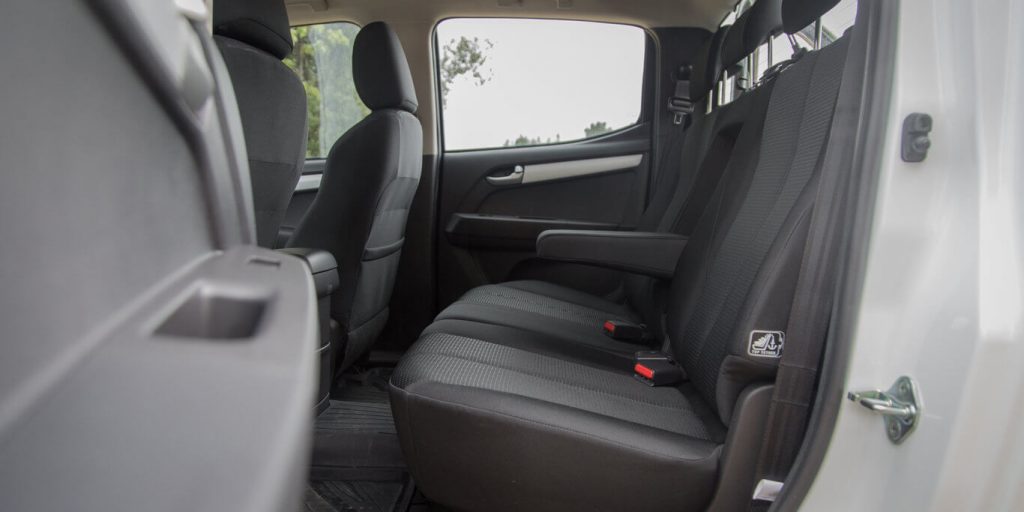 The driver’s seat offers fine adjustment, but there’s no reach adjustment for the steering wheel, meaning you might not be able to find the correct position.

One of the big talking points for the updated D-Max is its Isuzu truck engine. It’s still the same basic premise – a 3.0-litre turbo-diesel four-cylinder with 130kW of power – but this time around it has more torque, now 430Nm from 2000-2200rpm (up from 380Nm), and it has the choice of a new six-speed manual or six-speed automatic transmission. 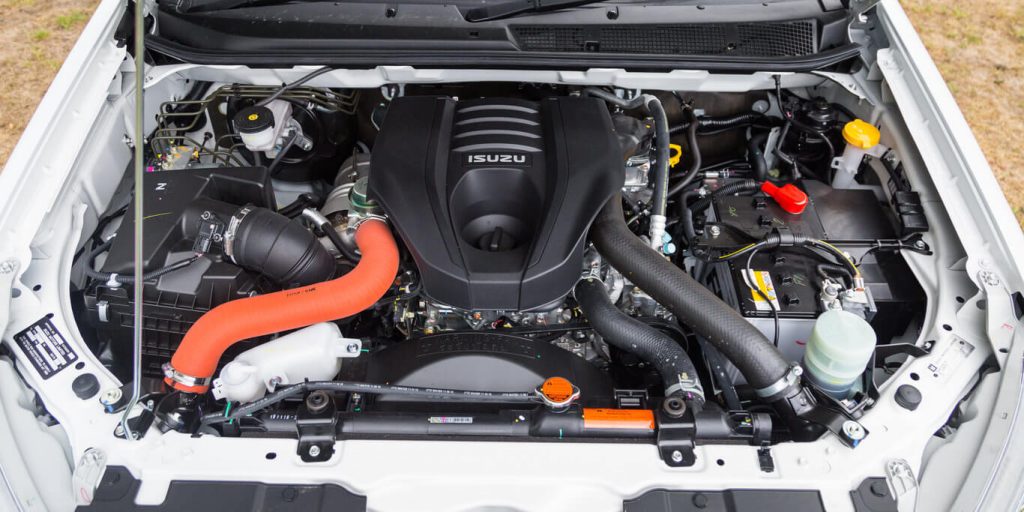 Isuzu says the new engine takes the old powerplant’s 380Nm torque and spreads it out (from 1700-3500rpm) thanks to the six-speed auto.  Fuel consumption is 11.6 litres per 100km according to various tests while Isuzu claims the fuel use is 7.7L/100km. The trucks Capability cannot be underestimated since it effortlessly tows 2000-kilograms.

The 2017 Isuzu D-Max may aim to be a mix of work and play, but in practice, it’s a workhorse truck all day long. This is a vehicle that remains a strong option for those who want a Monday-to-Friday truck, but one that is now feeling quite old compared to its rivals – so you may not wish it to be your weekend ride, too, unlike some other vehicles in the segment.