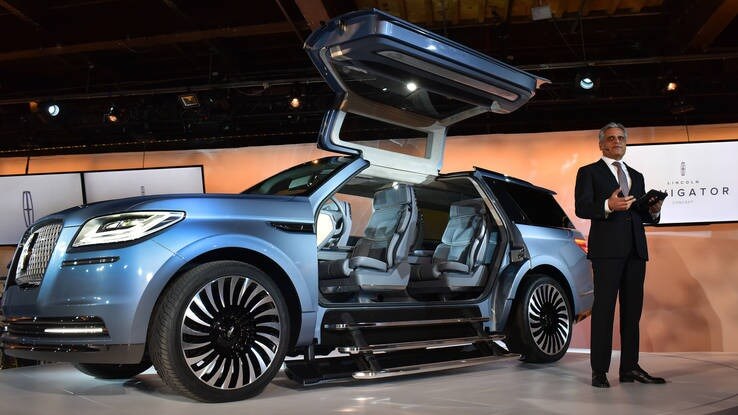 Knowledge is contagious, and you my friends have been following my automotive postings closely, so by now I believe you know that every serious car company have their luxury models. What do I mean? I mean Toyota has Lexus, Nissan has Infinity, Hyundai has Genesis, Mercedes has AMG, BMW has Rolls Royce and the verdict for today is Ford. Who could imagine ford has a luxury model.

I recently learnt that Lincoln is Ford’s luxury model and from the news going around in the internet, impressive things are happening in Lincoln. We are going to review the 2018 Lincoln Navigator and before we even start, I will have to tell you that this thing is as good as you have heard. 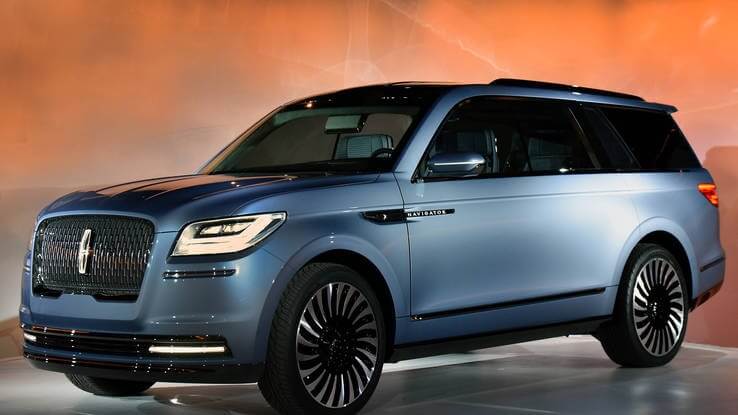 The 2018 Lincoln Navigator is actually in its fourth generation and this year’s refresh has indeed left the humongous SUV fresh.

This beast is powered by the 450-hp twin-turbo V6 and 10-speed automatic engine stolen from its sibling, the mighty Ford Raptor.

If you are a fanatic of pick-up trucks, then you know that the Ford Raptor is no joke when it comes to off-road capabilities. As matter of fact, it is so agile that it is regarded to be a sports pick-up truck. Check it out here.

Back to the Lincoln Navigator, it has been assembled on a body-on-frame platform which enhances its performance and makes it a truly luxurious brand.

It is almost ironical that we are entering an era where American cars can be compared to German or European cars in terms of luxury.

Not making fun! Lincoln itself compares its new Navigator to a luxury yacht. I’m just going along with them here.

Who will buy the 2018 Lincoln Navigator?

For shoppers with big families, buying a minivan or a three-row crossover is often the way to go. In fact, with their impressive fuel economy and long lists of features, you might even prefer one.

But for those scenarios where you need maximum seating capacity and the ability to pull a trailer behind you, only a big, traditional truck-based SUV like the Lincoln Navigator will do. 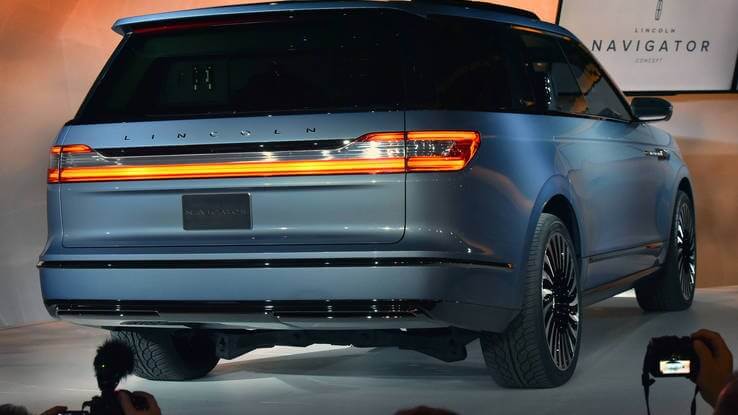 On the highway, the Navigator is engineered to be impressively quiet and comfortable, and its turbocharged V6 engine is powerful and makes for an easy driving experience regardless of your payload.

The Navigator also has one of the largest interiors of any SUV, so interior space will seldom be a concern.

If a big and capable SUV is what you’re after, there are just a few other choices. The obvious competition comes from the Cadillac Escalade and Infinity QX80.

These bold-looking SUVs also provide a towering towing capacity and plenty of luxury features, but we’re partial towards the Navigator because of its superior road manners.

Other options you might want to look at include the Mercedes-Benz GLS-Class and the Land Rover Range Rover. Previously, these models were prestigious than the Lincoln and could be had with more up-to-date technology features, but they did come up short on cargo space and towing capacity. 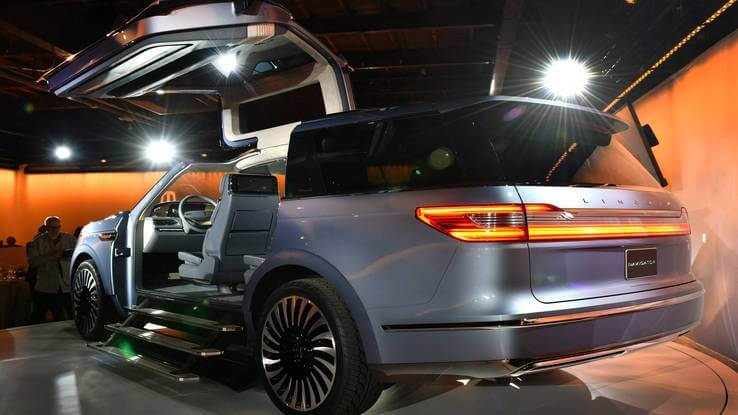 However, the 2018 Lincoln Navigator has fought its way up and if it has not beaten its competition, then it is a worthy alternative since it has all the space in the world, the practicality you need, more creature comfort than you need and not to mention, the price tag is on average fair compared to the competition. 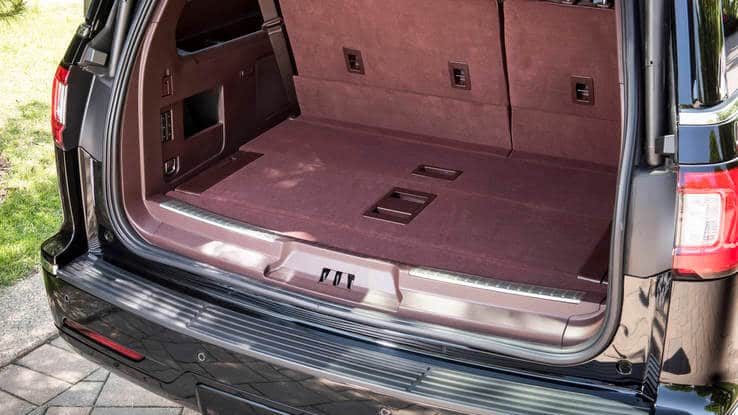 The 2018 Lincoln Navigator is a full-size luxury SUV that’s available in two sizes. The standard-wheelbase and the extended-wheelbase Navigator L. Both lengths have three-row seating, with captain’s chairs in both the first and second row. This places the Navigator’s standard seating capacity at seven passengers, but an available three-person split second-row bench seat increases seating capacity to eight. 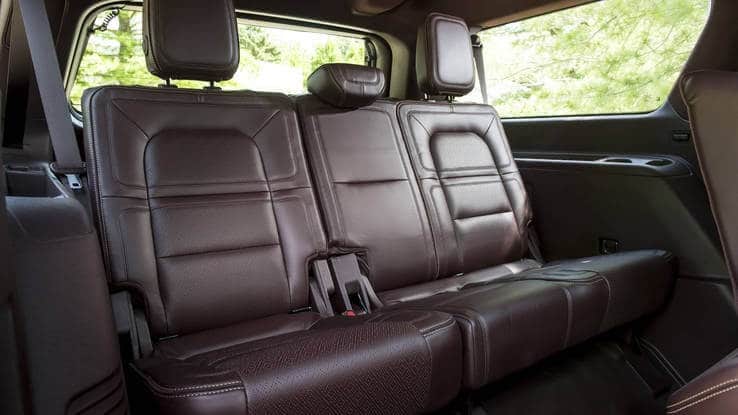 If you are navigating in the Lincoln, you will expect a quiet, smooth and pleasant drive on the highway. Its turbocharged V6 provides plenty of power for swift acceleration, towing and maintaining speed on long uphill grades. Though undeniably heavy, it certainly feels more nimble than the Cadillac Escalade as tested. 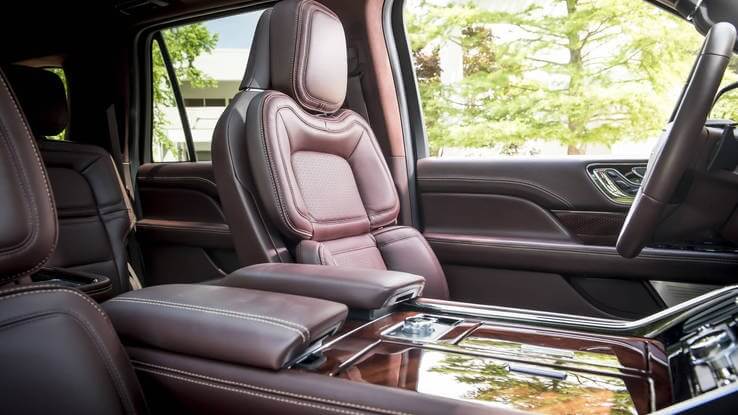 Its independent rear suspension and optional adaptive suspension dampers combine for an excellent ride on the open road. There’s just no getting around its massive size, which makes it a handful to maneuver and park in crowded cities.

From a strictly viewed-not-touched perspective, the 2017 Lincoln Navigator is welcoming and classy. Even the seats and high-quality leather upholstery continue the narrative that the Lincoln is a truly luxurious vehicle.

The centre console offers a clean, logical layout for navigation, audio, phone and climate controls. Once you connect your phone it can access your weather, music and other integrated smartphone apps. 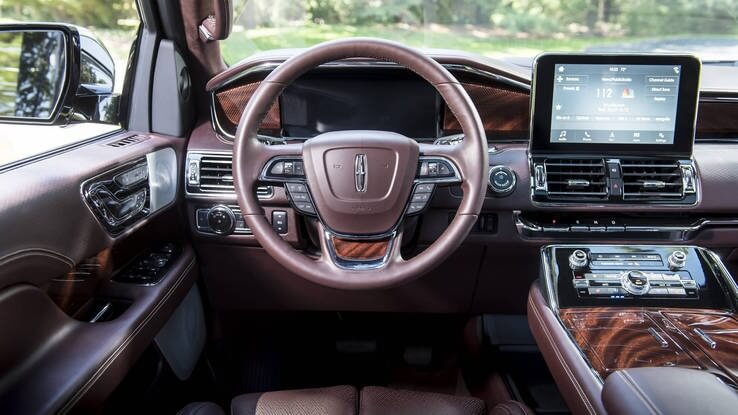 When it comes to sheer size and how it translates to interior space, the Navigator is almost unrivalled. Passengers in the standard first- and second-row captain’s chairs enjoy comfortable accommodations with plenty of room to stretch out.

Even in the standard-wheelbase version, the third row feels remarkably spacious. The captain’s chairs in the second row and abundant headroom help with the awkward climb to the third row. And then there’s the cargo space. 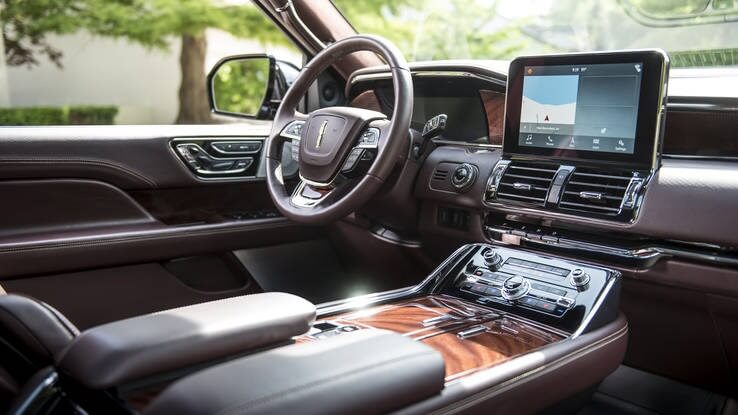 Easing cargo-loading chores is the standard power-folding third-row seats. They fold flat into the floor and returns upright with the touch of a button. Behind the third row in the standard-length Navigator, there is 18.1 cubic feet of space.

Tomorrow I will have an interesting story about Kenyans and the types of car they buy. Stay tuned for that update

1 thought on “2018 Lincoln Navigator: It is as good as you have heard”