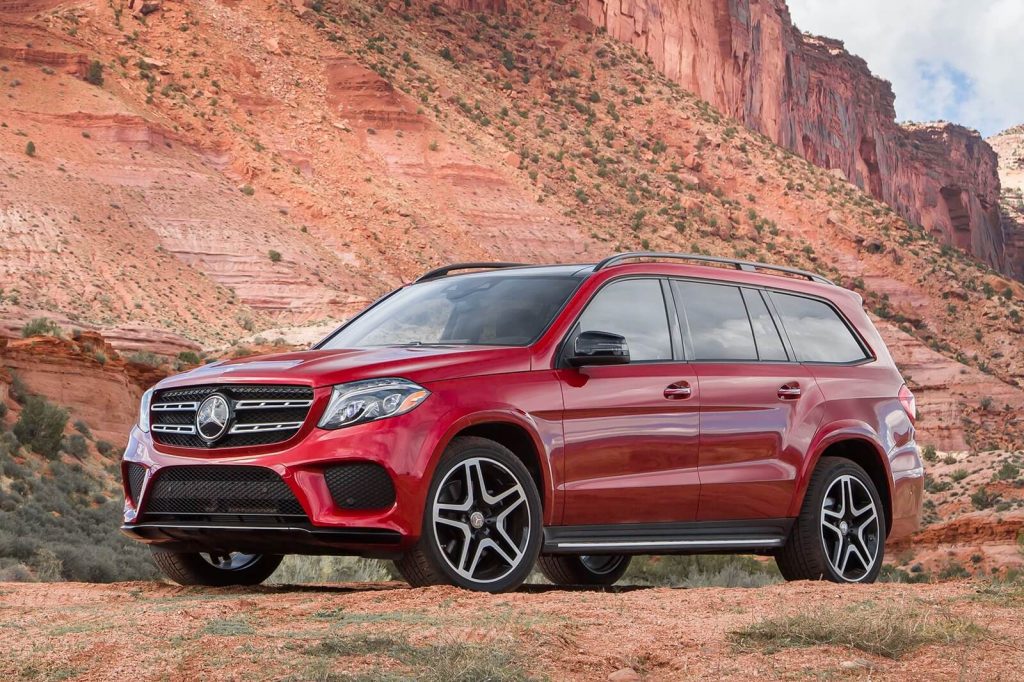 I have had a moment of soul searching and I believe my previous review of the entry model Mercedes Benz GLC as a bad apple deserves better. So here I am today with the 2018 Mercedes Benz GLS full-size SUV. I will go through it to find out how it stacks up to the competition. Compared to the Lincoln Navigator and the Infinity QX80, we will know if we are comparing apples and apples or apples and thorn melons.

Fact File: The GLS is based on Mercedes S-class luxury sedan and it replaces the GLC that I recently reviewed

The 2018 Mercedes-Benz GLS-Class SUV has a new name, and we’re here to tell you why. The S-Class, you see, has been Mercedes’ flagship sedan for decades. It’s a luxury icon in its own right.

Mercedes wanted its top-of-the-line family crossover to tap into that heritage, so last year’s GL-Class has become this year’s GLS-Class. 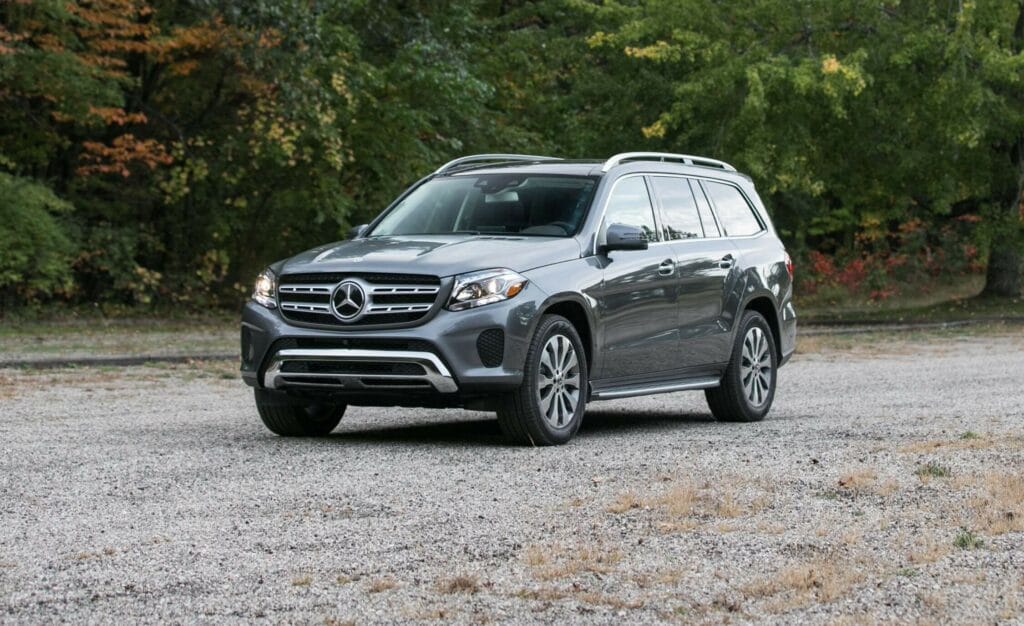 The idea is that it’s the S-Class of SUVs, and we have to admit that this well-mannered beast makes a pretty compelling case after last years refresh

While the GLC did not manage to be at the top of its game, the 2018 GLS manages to take things up a notch. Mild styling changes front and rear mask more significant upgrades under the skin.

This includes a superb new nine-speed automatic transmission and an upgraded infotainment system with a larger central display and a touchpad. The GLS is great to drive, too, with remarkable agility for such a behemoth.

Direct competition for the 2017 GLS-Class is surprisingly thin. BMW doesn’t offer a full-size three-row crossover yet until lat this year, and the otherwise stellar Audi Q7 lacks the Benz’s range of engines and adult-friendly third-row seat. 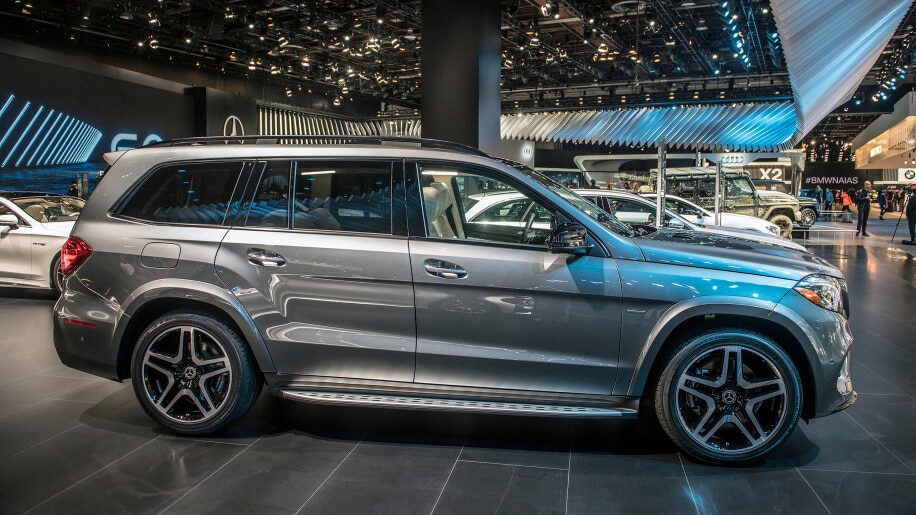 The Land Rover LR4 boasts inimitable style and serious off-road capability along with true three-row seating, but it’s really a class down from the ultra-luxurious GLS. Japanese rivals include the distinctive Infiniti QX80 and the aging but still competent Lexus LX 570.

The huge Cadillac Escalade and Lincoln Navigator serve as patriotic alternatives. But for now, at least, no large crossover or SUV can match the all-around talents of the 2018 Mercedes-Benz GLS-Class.

Safety features in the 2018 Mercedes GLS 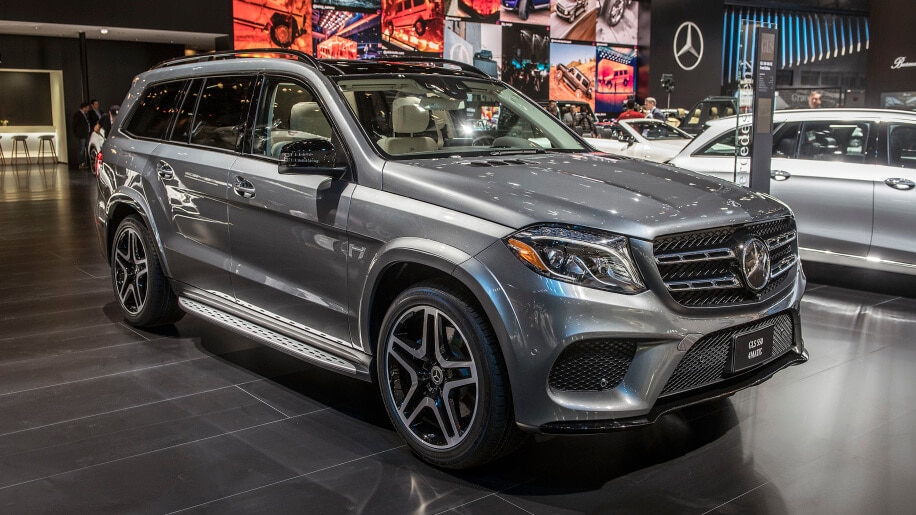 The Driver Assistance package contributes adaptive cruise control, an upgraded collision mitigation system. It has pedestrian recognition system, speed limit assist and “active” blind spot and lane keeping assist systems that can automatically guide the car back into its lane if the driver fails to heed their warnings.

The GLS officially makes its debut for 2018, though it’s really a slightly revised version of the outgoing GL-Class.

Also, all engines except the GLS 450’s turbocharged V6 get a bit more horsepower this year. The diesel engine has been discontinued.

Compared to the GL-Class, the 2017 Mercedes-Benz GLS-Class benefits from suspension refinements that provide a more controlled, confident feel in corners. Nonetheless, it retains the quiet interior and absorbent ride over bumps for which the S-class is known. Compared to other large three-row crossover SUVs, the 2017 GLS-Class is a joy to drive.

The three engines pour on the performance in increasingly concentrated doses. The GLS 450 is a fleet SUV in its own right, but the V8-powered models practically redefine what’s possible for a large crossover with their effortless acceleration.

The 2018 Mercedes-Benz GLS-Class will look pretty familiar inside. There’s a smattering of updates, however, including a redesigned instrument panel and a new three-spoke steering wheel. Most notably, the infotainment system gets an improved 8-inch display screen and a touchpad that works in tandem with the default console-mounted control knob.

The dashboard of the GLS-class is a carryover from the outgoing GL-Class, and it shows in the relatively routine styling and button layout.

Materials and design aren’t quite in the S-Class league overall. Particularly if you focus on the area between the climate controls and the dashboard display, where a flat plastic panel with a number of small buttons makes for a somewhat dated look. Make no mistake, though.

This is an exceptionally nice interior by segment standards. The standard upholstery on GLS350d and GLS450 models does seem a bit low-budget for a vehicle at this price. But you’d probably be hard-pressed to tell it apart from the real leather of some other brands. Moreover, the availability of multiple wood inlays and even diamond-quilted leather upholstery make it easy to add an even higher-end look and feel.