Folks, you and I have been reviewing cars for quite a while and by now you must have noticed something. I’ve always had a special place in my heart for special and unique cars. And Hyundai Veloster just proves to be one such car from all dimensions.  Lately, normal has become boring and for automakers, who have gone the extra mile like Hyundai, they have managed to engineer new cars that are fun to drive and funky to look at. 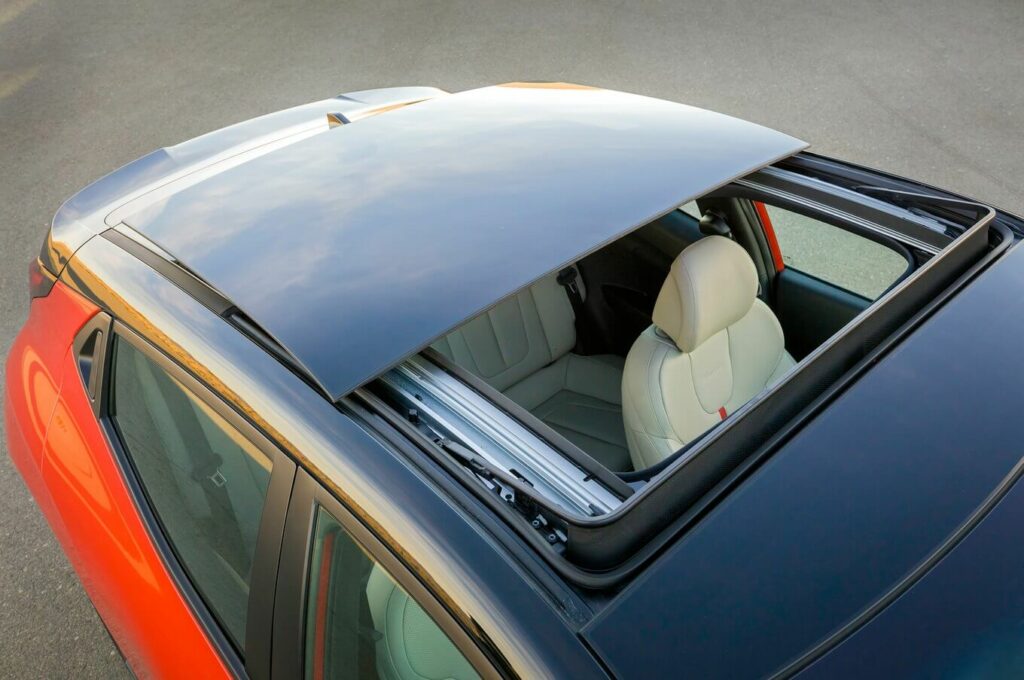 Hyundai has deftly matured the 2019 Veloster without altering its kid-at-heart essence. Dimensionally it’s 0.8 inches longer and 0.4 inches wider on the same wheelbase.

By not changing the height, the roof slopes more steeply, but savvy packaging adds 0.6 inch of headroom.

And although the stylists have resculpted the flanks, revised the nose, added LED jewellery, and applied the latest aerodynamic tricks like air curtains at the front and rear tires, nobody will mistake this rig for anything but a Veloster. 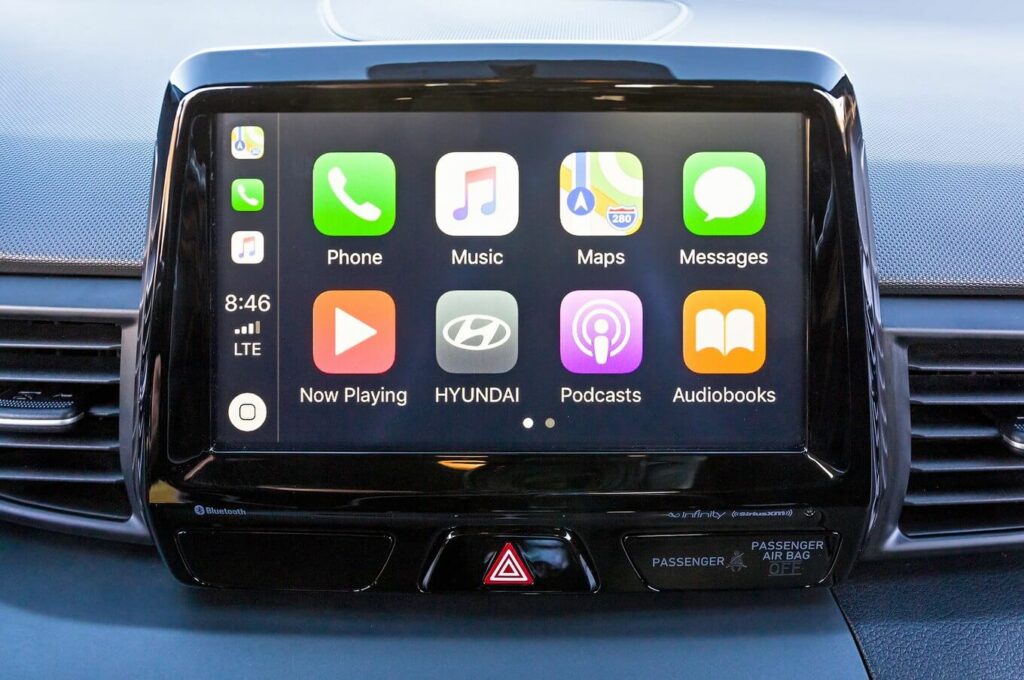 Under the redecorated skin are myriad improvements to better align the Veloster’s dynamics with its sporty looks.

By exchanging some spot welds for 397 feet of adhesive tape, the body structure’s torsional rigidity improves by 27.8 per cent.

By increasing the high-strength steel content to 52 per cent, enough weight is saved to mostly cover the added equipment.

In the engine room, there’s a brand “Nu” 2.0-liter base engine that delivers 15 more horses and 12 more lb-ft than the 1.6-liter Gamma mill it replaces.

Six-speed transmission choices include a manual and a torque-converter automatic replacing the old car’s dry-dual-clutch transmission.

Torque multiplication from the converter allows 18 per cent taller gearing in first with roughly equivalent launch feel, but it costs some fuel economy. 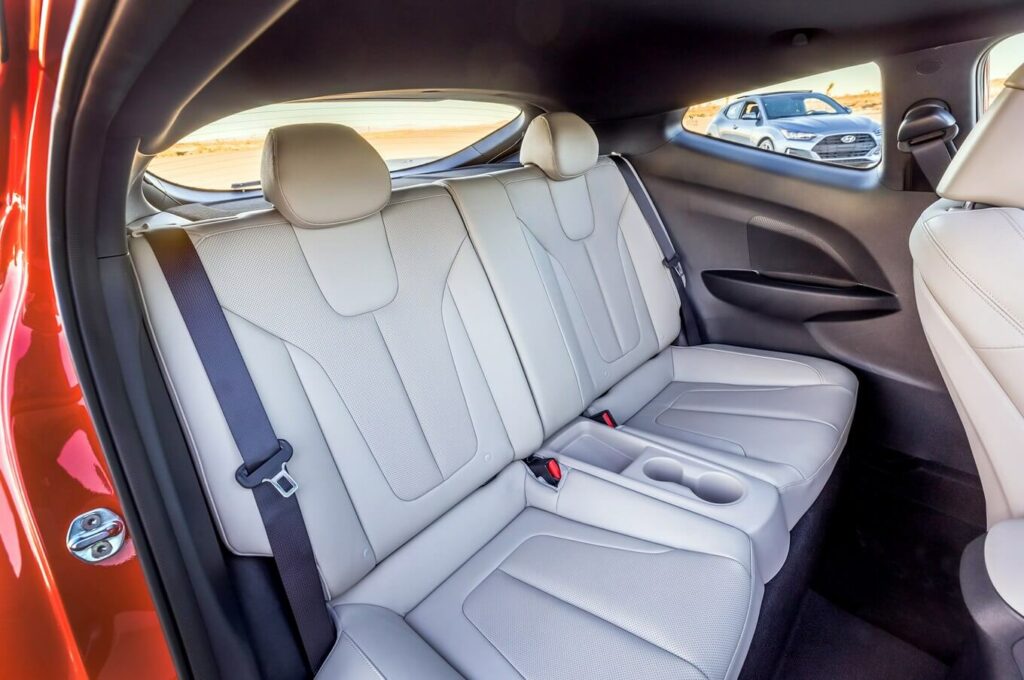 The top-spec turbo engine is unchanged, though its automatic option is now a seven-speed DCT. Interestingly, although the gears are all more closely spaced in the seven-speed, the overall ratio spread is smaller than in the former six-speed. Happily, turbo fuel economy increases with either transmission. 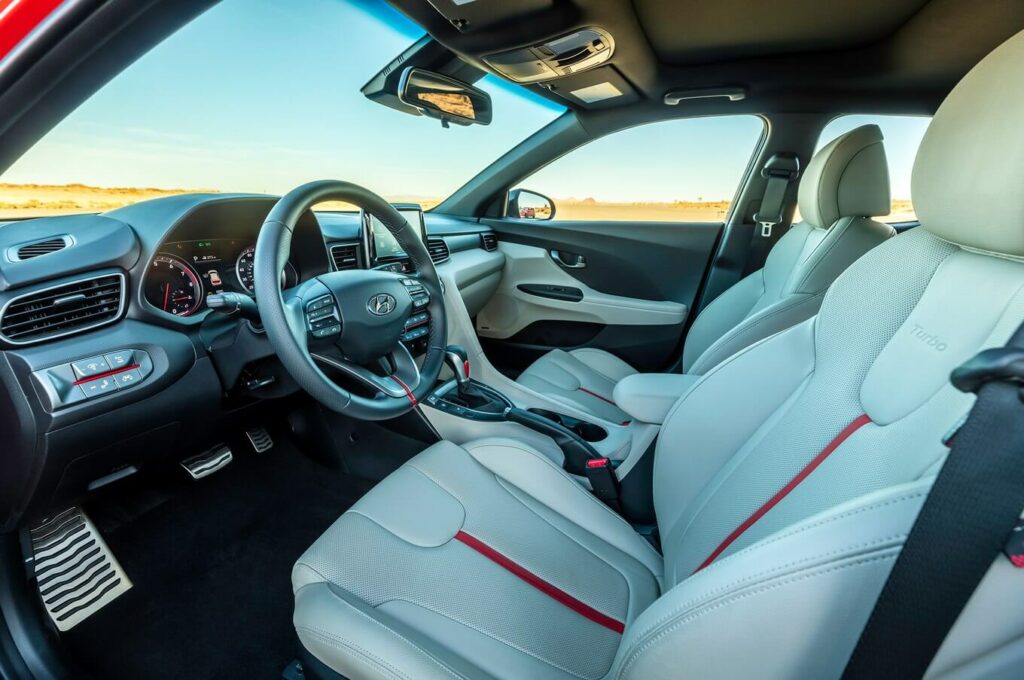 If you were a little kid longing to drive your cool neighbour’s Mitsubishi Evo turbo or Toyota Celica GT-S, the Veloster Turbo R-Spec is those cars for these times.

It delivers every bit as much performance, personality, and swagger as those coupes did in their day, adding 21st-century techs like Normal/Sport driving modes, engine sound enhancement (which can be turned off!), and a bright, reconfigurable head-up display.

Worthy of special mention is the B&M Racing machined aluminium shifter and linkage, which feels great in the hand and operates with Honda/Mazda precision.

And if you were wondering what the Veloster Turbo R-Spec feels as composed as a BMW, it is because our boss from BMW gave us a hand in developing the suspension. Saving the best news for last: pricing.

The Turbo R-Spec starts at Ksh 2.5 million, and a fully loaded Turbo with the Ultimate package and DCT costs a little over Ksh 3 million. And that third door to let your pals come and go from the back seat? Priceless