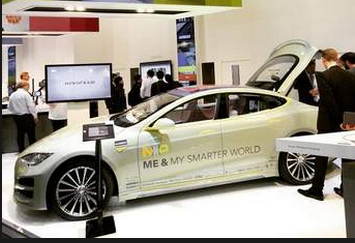 There has been a substantial rise in the number of eco cars on our roads over the past five to ten years that doesn’t seem like slowing down any time soon. The very first electric car may have been designed well over 100 years ago but it is only within the past decade that they have truly entered the mainstream.

Such a focus on eco vehicles has led to various changes across the entire auto industry, from manufacturers to drivers. Change can be a progressive thing in many ways and the marvel of eco cars is continuing to adapt and lead to innovations in the industry.

The low carbon policy, best demonstrated by the exemption from vehicle tax any motor producing less than 100g/km of CO2 receives, has helped the auto industry to boom. Revenue has climbed by nearly £20bn in ten years, rising from £46.3bn in 2003 to £64.1bn in 2013. Producing low emission, hybrid and electric cars has played a big part in this boost.

There has been a rise in the production and sales of hybrid cars worldwide, not just in the UK. Ten years ago, aside from a Toyota Prius, many would find it hard to name a couple of hybrid cars. Reacting to driver demand, many of the major car manufacturers now have at least one hybrid car in their newest collection of vehicles.

Eco cars have affected the industry outside of consumer vehicles too. The successful launch of Formula E in 2014 best shows this, using purely electric cars to race around tracks across the world. It may take years to ever overtake Formula One but just its mere existence shows a shift in the industry.

Increased demand for eco cars has seen the price of manufacturing and selling such vehicles drop. As a survey demonstrates, with the number of new eco vehicles expected to arrive throughout 2016, the grants for plug-ins and hybrids are making them more cost-effective. Lower running costs are having a knock-on effect with non-eco cars being developed to produce fewer emissions.

The focus on green driving has been picked up on by a lot of drivers, especially after the Volkswagen emissions scandal. People are more concerned about the costs of running a car and their carbon footprint, with more making a concerted effort to ensure their next car is a hybrid or electric model.