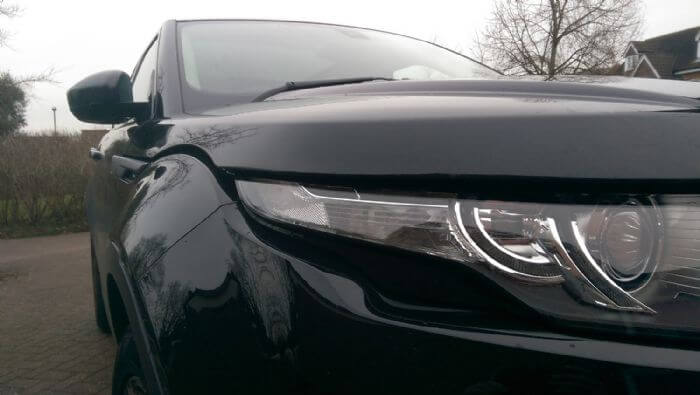 In this article, we will show you how to check car accident history. I understand that some of us would love to buy a used car because that’s what our budget can only allow. But the used car market is filled with cunning dealers selling all types of compromised vehicles you can ever imagine. It is therefore essential that you pay close attention to the used car that you are about to buy. So in this article, I am going to discuss some of the common indicators that prove the car you are about to buy is an accident car.

It isn’t hard to make a car look good after an accident. But a quick cosmetic cleanup is very different from the proper assembly of the manufacturer. There are plenty of things you should look for if you’re buying a used car and want to be sure that it hasn’t been in an accident. Fortunately, buyers have more protective tools at their disposal than ever before, and it all starts with the internet.

Always get a Carfax report before committing to a new-to-you car. This will tell you how many owners it’s had, and most importantly, its accident history. But even if a vehicle drives like a new and the Carfax report comes back squeaky clean, there’s no guarantee that it hasn’t been wrecked, towed, and repaired secretly.

All it takes is a single car accident in a remote area, a phone call to a friend who owns a body shop, and some hasty bodywork and paint and you’ve got a wrecked car that neither the cops or Car fax ever knew about. That may sound unrealistic, but it happens a lot more than you might expect.

Don’t get played for a fool. Know what to look for and don’t be afraid to walk away. But you should also be able to know if the damage is relatively superficial; you can use that as leverage when you bargain. Want to become an expert before you buy your next used car? Just take note of these simple steps.

How to check car accident history

Sneaky sellers do whatever they can to cover up hasty bodywork, but more often than not, they’ll leave some pretty big tells. First, look for paint that doesn’t quite match the texture found on the majority of the vehicle. Also pay close attention to door jams, around the hood, and near the fenders. These are all places that require extra time, money, and energy to paint correctly. If you find various colours anywhere on the vehicle, always ask why. If you don’t get the answer you want, walk away.

2. It isn’t okay if it’s misaligned Door panels, bumpers, trunk lids, and fenders should always line up with the rest of the car, and these gaps should be evenly spaced and proportional to one another. If you run across a mismatched component on a vehicle, pay close attention to that particular area. Note where everything attaches, if the paint matches, and if there are any signs that it may have been damaged or replaced. Automakers spend a lot of time and energy, making sure that everything on a car lines up perfectly. If something looks off, there’s probably because of an accident.

Sometimes a bit of bodywork and filler to prevent things like rust from spreading is a necessary precautionary step, especially on older cars. But when large patches of the stuff are spread across entire quarter panels, it’s more than likely that something significant was covered up. Betraying signs for filler is cross-hatching and streaked lines beneath the paint, and down around fenders. Here, shoddy craftsmanship tends to show since typical buyers rarely get on all fours to scrutinise a car.

It’s your car, men. Crouch down and look along the length of a vehicle for any signs of bodywork, then run your fingers across any suspicious sections. Remember, every portion of an automobile comes perfectly shaped and silky smooth from the factory. If it doesn’t look or feel that way, then something is amiss. 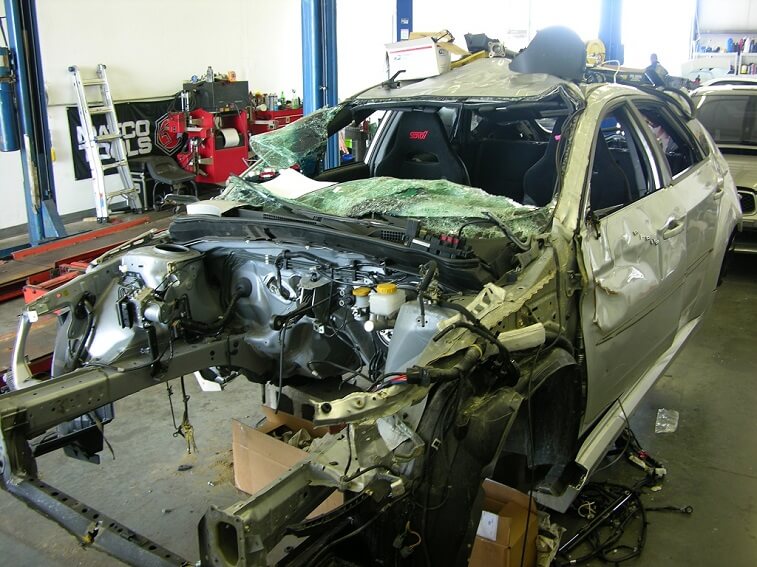 The easiest way of telling a car has been in an accident is a repaired frame that is in the bonnet that protects the engine compartment. Probably one of the worst things that could ever occur an automobile is the compromise of its shell. Unfortunately, instead of making correct (but costly) repairs, sneaky body specialists will sometimes try to cover up frame damage by forcing it back to the point where it resembles its original shape

If your car gets hit hard enough by another vehicle or you plough into something at speed. The chances are that the frame of the car is going to take a beating. Sure, you could make it to a body specialist and cough up ungodly amounts of money. Even though the frame may be back to its original shape, it has been compromised. The strain that was placed on it during the accident and repair weakens it. Avoid cars with frame damage folks, and there’s just nothing good about them

One of the critical steps in repairing a wrecked car is the application of a rubberised undercoat to the underbelly of a vehicle. This sticky spray protects a vehicle from road grime, salt, and any other form of contaminant. It is a lifesaver where cars tend to get rustier than your dad’s sense of humour.

But as high as this stuff is, take caution. If you see a fresh coat applied to the underside of a used car, something may have been recently replaced. Ask the seller point blank if the vehicle has been in a wreck. Chances are your keen eye will catch them off guard and hopefully, you’ll get a straight answer. If it’s not because of an accident, at least they took the appropriate steps to protect the undercarriage of the car.

A few plastic clips and a screw or two may sound like a silly issue. But it actually could be the telltale sign of something more serious. Loose screws, especially in the fenders, means that some seriously rough road conditions have been encountered, or worse. By worse, we mean it got in an accident and the guys who put the car back together either couldn’t get everything straight. Or they missed a few bolts along the way.

Great places to look for missing bolts, clips, and screws are along the inside of the wheel well. Anywhere along the frame/edge of the engine bay, and within the door jams, where fenders and doors typically bolt into the frame.

Much like missing fasteners, rusted screws and bolts can serve as warning signs when buying a used car. When assembling a vehicle, automakers use specialised assembly tools that won’t damage the protective layer of the bolt. So if a bolt or screw head looks chewed-up or a bit rusty, take heed.

If you see a series of rusty, damaged bolts holding a portion of a car’s body onto the frame, take a look at other areas around it. Discovering that just one section of a vehicle has rusty bolts probably means that at some point that area has been smacked around. Point it out to the seller and see what they say. 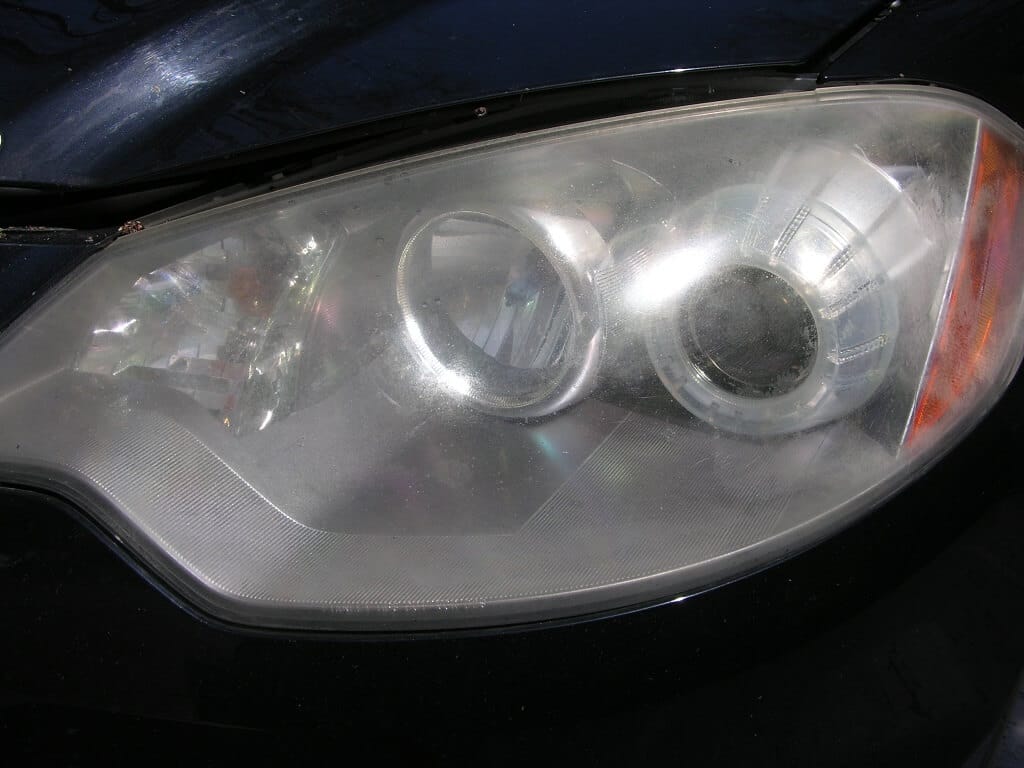 At this point, almost all new headlamp lenses are made of plastic. While that saves weight, it also means that there are more foggy-eyed vehicles on the roadways today than ever before. If you’re looking at a car and one headlamp looks brand new, and the other is yellow and hazed over, beware, because it may be a tell-tale sign of a crash. If you come across a car with unmatched headlights, pop the hood and look to see if there’s any significant damage.

Let’s say that you skip the Carfax. So you fell in love with a car that’s too good to be accurate at its price. That’s because it probably is. More than a few amateur mechanics have tried to flip a car that’s been refurbished after a theft, wreck, or flood. They give a meagre price with the hope that the buyer doesn’t ask any questions. Make sure the title is clear. If you start to get a story about how it’s been lost, misplace, or happens to have a “Rebuilt” status, it’s time to cut and run.