Home » Cars » Alfa Romeo Stelvio: Are You Reading This? 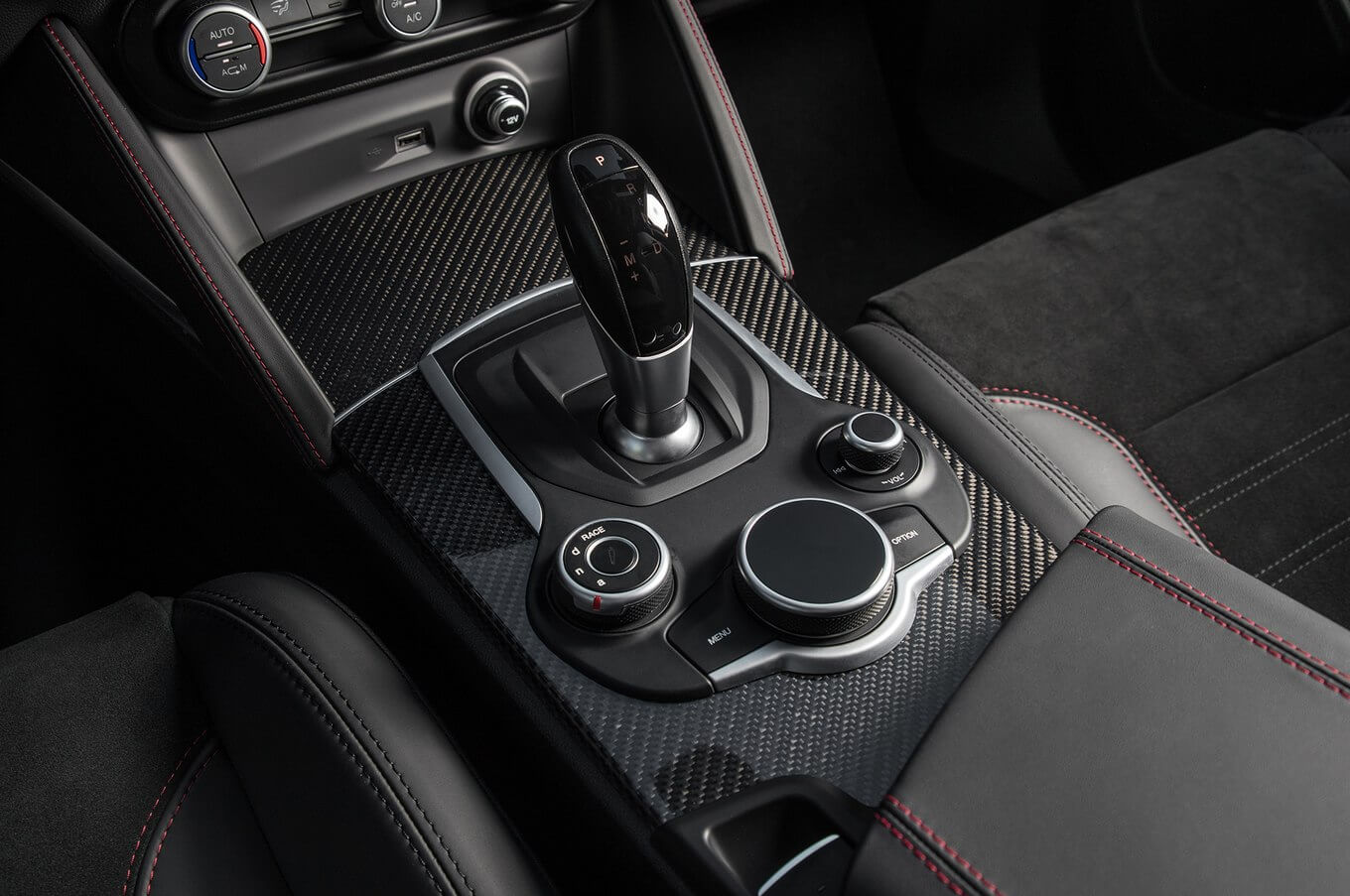 I am one guy who loves to give credit where it is due, and for goodness sake guys lets clap for Alfa Romeo. I mean when I was growing up, the car that used to appear on top of the magazine was not a Toyota. It used to be an Alfa besides a Nissan Patrol. I remember dreaming of how I would own one when I was young but in between I do not really understand what happened. The next thing I know, am in campus and “the car in front of me is always a Toyota.” 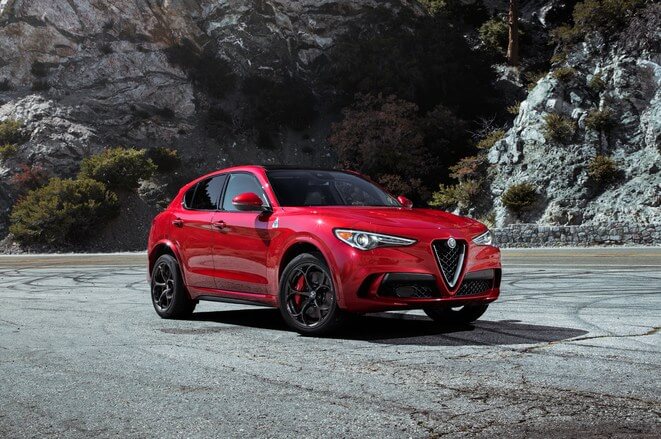 But the moment of truth has come, and seeing all these crazy cars that Alfa Romeo is making, first the Giulia and now the Stelvio, I feel like a small boy all again when Alfa Romeo was my dream car. It is a legendary comeback that I am loving every day. Let’s welcome the Alfa Romeo Stelvio Quadrifoglio, an SUV of the modern age, capable of competing against what we would call the German giants like the Porche or its relative, the Maserati Lavante. 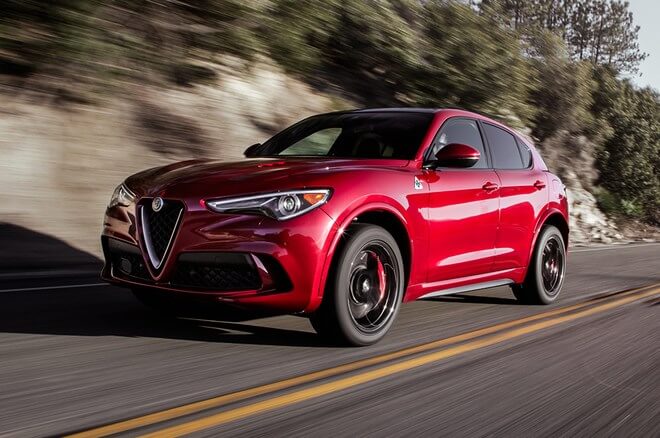 The Alfa Romeo Stelvio  is a two-ton luxury SUV that has no business being fast, yet there it is, on the unblinking screen of testing computers: 3.3 seconds in the 0–60, 8.5 seconds from 0 to 100, and a quarter mile in 11.8 seconds.

The 505-hp Alfa Romeo Stelvio Quadrifoglio is nearly the quickest gasoline-fueled SUV. It ties the 707-hp Jeep Grand Cherokee. And both those SUVs get pipped by the Tesla Model X P90D Ludicrous in launch mode. But when it comes to luxury SUVs—even ones with performance credentials—the Stelvio simply dusts them off.

What’s more, even though it weighs about 250 kilos more than its identically powered Giulia Quadrifoglio sedan stablemate and has a higher coefficient of drag, the Stelvio is quicker to all these milestones. 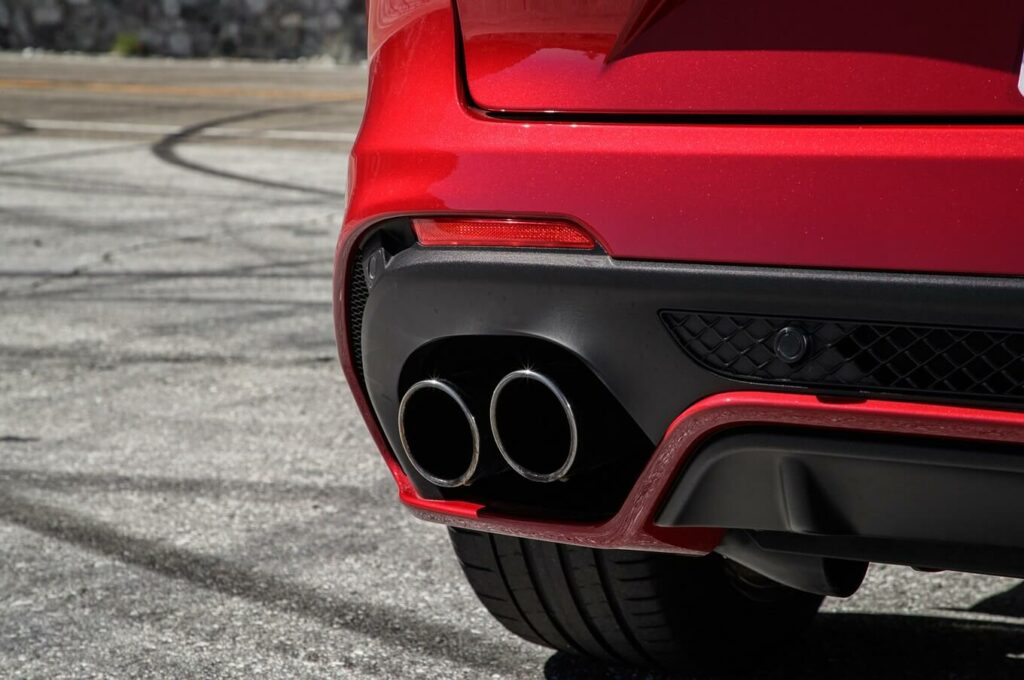 Looking at their respective weight-to-power ratios, this should not be possible. The Giulia carries 3.4 kilos per each horsepower. The Stelvio carries 4 kilos per each horsepower. Race should go to the sedan, right? However, the Stelvio has all-wheel drive, while the Giulia has rear-wheel drive. In the critical 0–30-mph “launch” phase, the Giulia needs 1.5 seconds, but the Stelvio takes just 1.2 to get there. The Stelvio is more than just jamming 505 horses and 443 lb-ft under the hood of this KSh9,739,000 beast and letting it rip in Race mode. (Heck, what kind of SUV even has a Race mode?)

The tricky thing in building SUVs is that they are essentially boxes on wheels. It’s hard to give them personality. Alfa Romeo has no such troubles. Spin the Quadrifoglio’s drive-mode dial to Dynamic and give it full throttle, and you discover a stream of power on instant demand, gearshifts punctuated by a flatulent chortle from the exhaust. You barely need to roll into the accelerator to access this thrust. The engine always seems to be in the meat of the powerband, though it does reach redline too quickly. 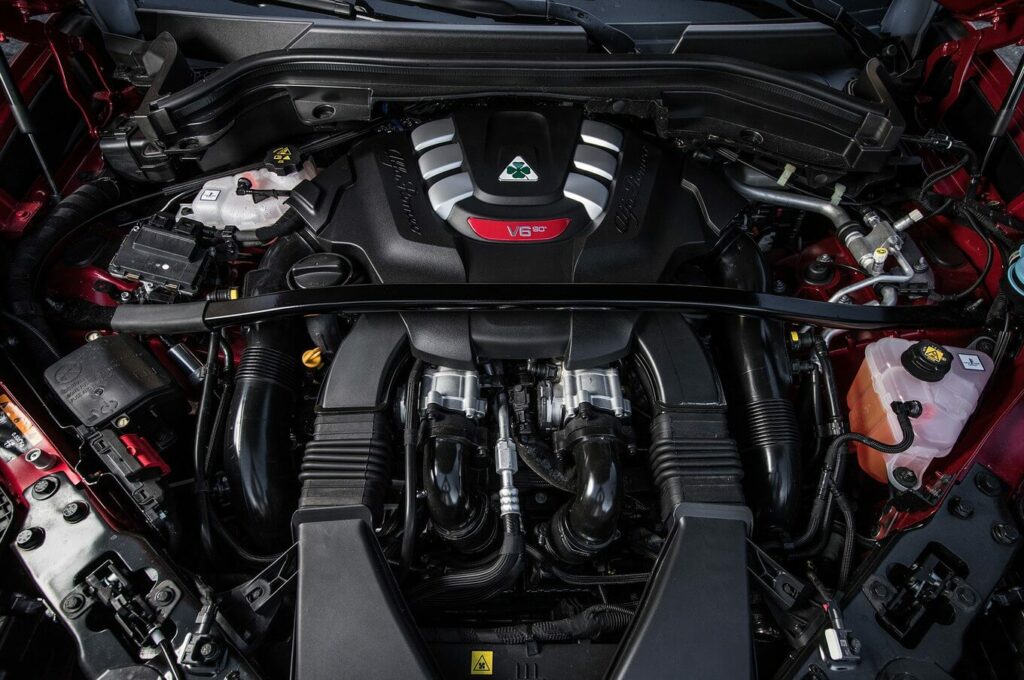 But the Stelvio is more than just a straight-line rocket. This thing can scoot through bends in a more composed fashion than many sporty cars. You’d think a two-box SUV would be plagued by body roll under hard cornering, but the Stelvio remains pancake flat. However, while dynamic suspension settings are fantastic for thrill, you may sometimes have passengers screaming to the engine note but who don’t wish to endure the overall rigid suspension. That being the case put it in Natural mode for a more relaxed and eco-friendly ride. 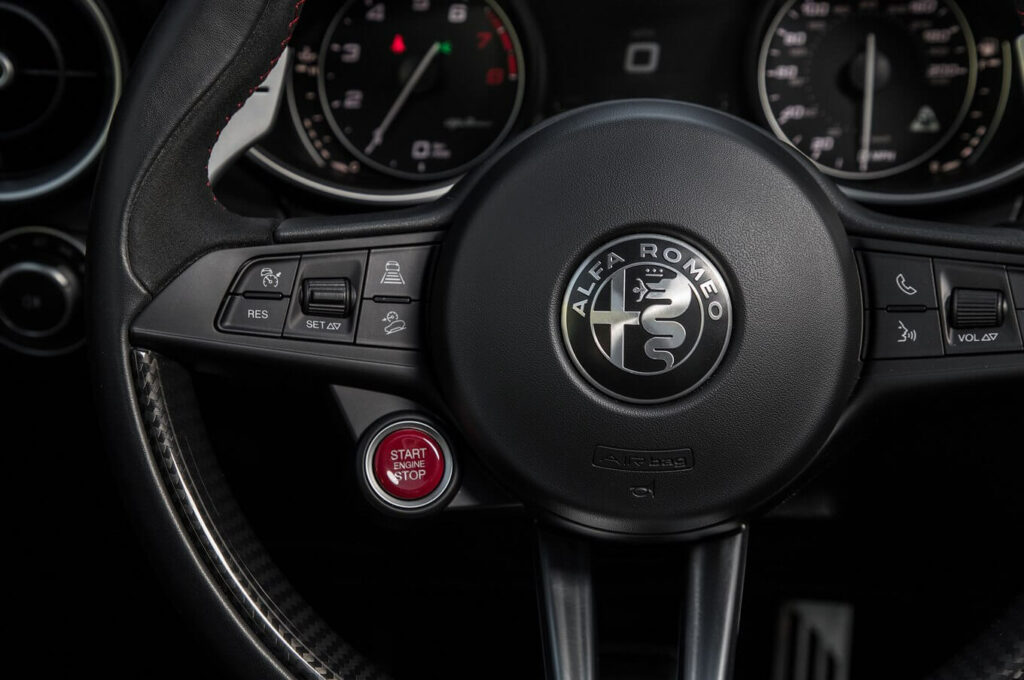 Just from the looks of the photos, I love the seat, the steering wheel, the real metal shift paddles. It’s gorgeous, and like the Giulia, it offers a romantic alternative to the mainstream. It’s a freakin’ rocket in my opinion. Guys, am not here to argue about the power ratios with other brands or the overall feel compared to what not. I mean this is my childhood dream car so I don’t care much about such stuff here. Come on guys, it’s an Alfa Romeo; it has that button on the steering wheel like a Ferrari. This is it guys, it has finally come, the SUV that goes like hell and looks like it. I love it