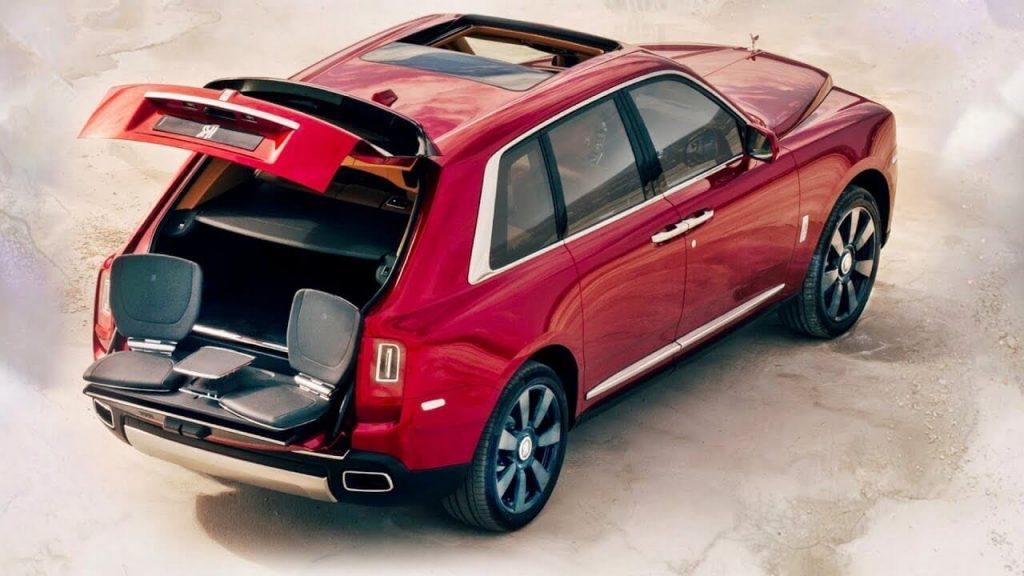 We have reached peak SUV. Behold the 2019 Rolls-Royce Cullinan, the most expensive and most lavishly appointed off-road-capable vehicle ever built. That’s right. The Cullinan is no joke; Press the button on the centre console labelled Off-Road, and the big Rolls will lift its skirts and ready itself for rough tracks, gravel, wet grass, mud, snow, sand, and water up to 21 inches deep. But it will also do 155 mph on the highway. And all this time, those inside will be riding in the lap of luxury. 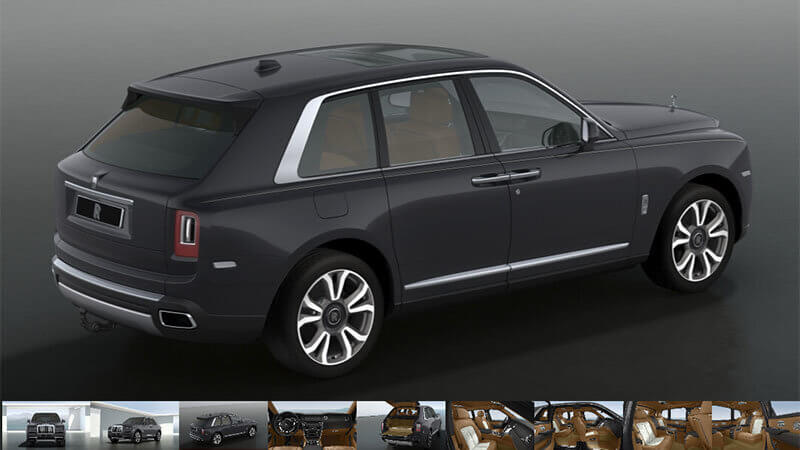 The Cullinan has been long awaited, and despite the bashful references to it being a “high-bodied car” during the development program, even Rolls-Royce’s own press materials refer to it as an SUV.

Like Lamborghini’s Urus, the Ksh40 million Cullinan redraws the boundaries of the world’s most dynamic vehicle segment. And then some:

Rolls-Royce sources expect that with options, most Cullinans arriving in the market from early 2019 will have cost their new owners at least Ksh50 million.

Improbably, perhaps, Rolls-Royce has genuine off-road credentials. Back in the early 20th century, when few roads outside major metropolitan areas were sealed, the superbly engineered Rolls-Royce cars developed a reputation for reliability and durability in extreme conditions.

Maharajas in India drove Rolls-Royces along rough, dusty dirt tracks; so did wealthy sheep farmers in Australia. Lawrence of Arabia commanded a fleet of nine Rolls-Royces in the Sinai Desert during World War I, six of them bodied as armored cars.

The Cullinan is built on what Rolls-Royce calls the “Architecture of Luxury,” a flexible, aluminium-intensive space frame architecture that made its debut with the Phantom VIII last year and has been designed to eventually underpin every future Rolls-Royce, including the replacements for the Ghost, Dawn, and Wraith.

The engine drives all four wheels—Cullinan is the first 4WD Rolls-Royce in history—through an eight-speed automatic transmission and a drivetrain similar in concept to BMW’s xDrive but designed and engineered to handle the Cullinan’s industrial-strength power and torque outputs.

The Cullinan has a majestic presence, though in photographs it doesn’t look quite as imposing as expected. Even up close and personal it’s difficult to comprehend how big the Cullinan is, a tribute to the confident, precisely proportioned sheet metal styled under the direction of Rolls-Royce design director Giles Taylor. 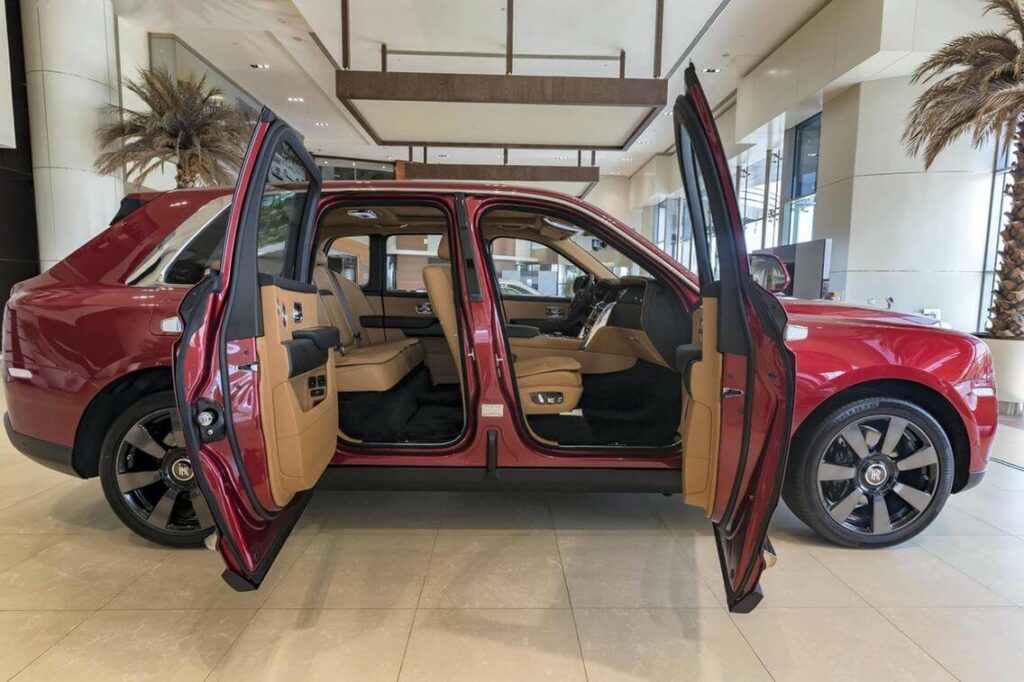 At 210.3 inches, the Cullinan is a quarter inch longer overall than a Cadillac Escalade and 2 inches lower, and it rides on a 129.7-inch wheelbase that’s a massive 7.2 inches longer than the big SUVs. From the front, there’s no mistaking it’s a Rolls-Royce. That famous grille stands proud, well forward of the headlights and fenders.

It’s an SUV, so it has to be practical, even if it is a Rolls-Royce. In cars with the Lounge Seat configuration, the split tailgate opens wide to reveal 43.4 cubic feet of load space that expands to 68.2 cubic feet with the seats folded flat.

The leading edge of the rear load space floor can be moved up at the touch of a button to provide a smooth floor for objects almost 7.5 feet long. 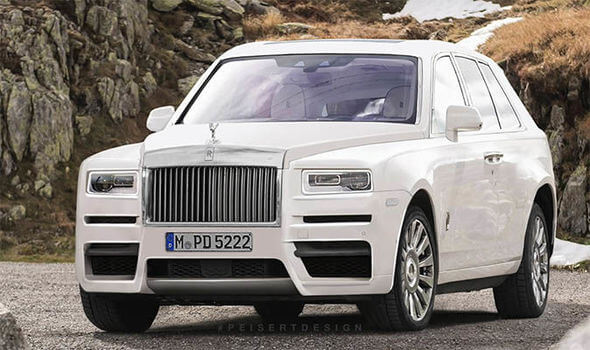 Customers who opt for the comfort of Individual Seat setup are judged not to be the load carrying type: The seats are fixed, and there’s a glass panel immediately behind them to prevent expensive hairstyles being ruffled by hot gusts or icy blasts when the boot is open.

“A Rolls in the desert is above rubies,” Lawrence of Arabia once said. The Rolls-Royce Cullinan is named after the largest diamond ever discovered, now part of the British Crown Jewels. Ideally, the Cullinan is probably one of the most valuable vehicles Rolls-Royce has ever launched.