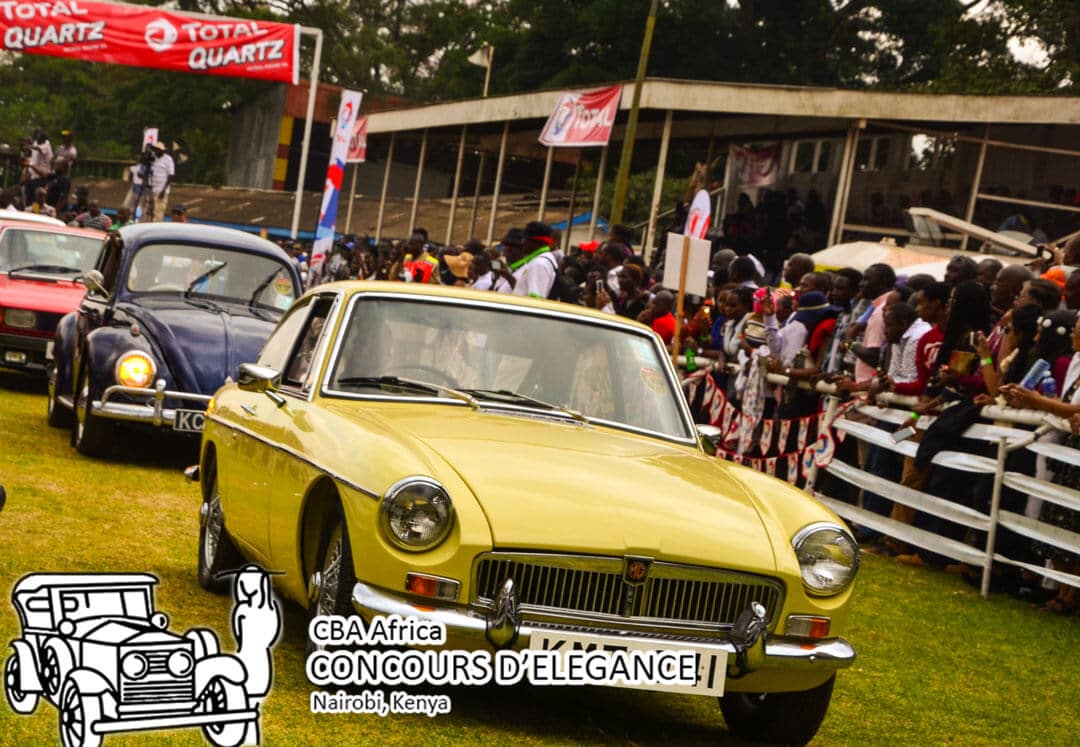 What is Concours D’Elegance?

Concours d’Elegance is a term of French origin that means a “competition of elegance” and refers to an event where prestigious vehicles are displayed and judged. It dates back to 17th-century France, where aristocrats paraded horse-drawn carriages in the parks of Paris during summer weekends and holidays. (Source: Wikipedia)

The CBA Africa Concours d’Elegance, organised by the Alfa Romeo Owners Club and open to all makes of cars and motorcycles, is the classiest event on the Kenya Motor Sports Federation calendar and is attended by over 10,000 people.

The event is also a social occasion and a fun-filled family day. The centrepiece is the judging of 70 classic and vintage cars and 40 motorcycles under regulations approved by the Kenya Motor Sport Federation (KMSF).

The 2019 CBA Africa Concours d’Elegance has attracted an international entry with three motorcycles from South Africa and 13 from Uganda and five cars from Uganda highlighting the Africa continental status of the classiest event on the Kenya motorsport calendar. From 9:00 a.m. on Sunday, motoring enthusiasts will be passing through the gates of the Racecourse for the 49th Concours in the series held by the Alfa Romeo Owners Club since 1970.

The oldest machine at the Nairobi Racecourse will be the 1916 BSA motorcycle of Bevan Beckman. He will be up against the 1925 DKW prepared and entered by Satpal Jabbal, who is a multiple overall winner of the event.

The Vintage Motorcycle Club of South Africa team has been sponsored by the Galleria Shopping Mall and includes newcomer Barend Barnard who will be riding his 1980 BMW Café Racer around the Racecourse parade ring. Johannesburg based Martin Kaiser will be on his third visit to Kenya and is pinning his hopes on a 1969 Norton Commando.

Among the motorcycle competitors who are making a debut appearance is Stephen Mbuthi who has been painstakingly restoring a 2010 Suzuki TF 125. His bike will be the first machine to be assessed by the judges and will be followed by the Honda CBR 600R of Morrison Ssenyange, who is one of the members of the Uganda Bikers Association team.

The 1927 Dodge of Magdi Riad will be the oldest car to be driven on the Total Excellium ramp and along the judging line in front of the main grandstands. This early American saloon is listed in the class for cars made before 1930 and will provide competition for the Ngatia Executives 1928 Ford Tudor and John Wroe’s 1928 Ford Model A pickup.

Regular Concours competitor Paul Chemngorem who has participated in the event for over 30 years is aiming for victory in the up to 1300cc Touring car class with his 1962 Volkswagen Karmann Ghia. Other potential class winners are Jinja based Leslie Carvell with a 1970 Volkswagen Beetle and Kakooza Wazzir who has driven his 1996 Mitsuoka Viewt from Kampala to be at the Nairobi Racecourse.

Tumaini Muthiga will be having a busy day with his first appearance in a 1973 Mini Morris in the up to 1000cc Touring class. Later in the day, he will be rushing to the motorcycle judging to contest the class for big bikes with his 1999 Harley Davidson. He is aiming at achieving a repeat class win against four massive motorcycles from Uganda.

Car judging culminates with the rating of the sports cars and closes with the vintage car classes. The overall winner will likely emerge from these categories. Among the favourites is Sati Gala Aura with his 1947 MGTC, Veronica Wroe’s 1934 Rolls Royce Boattail and the 1965 Mercedes-Benz 230 SL of Sachit Shah.