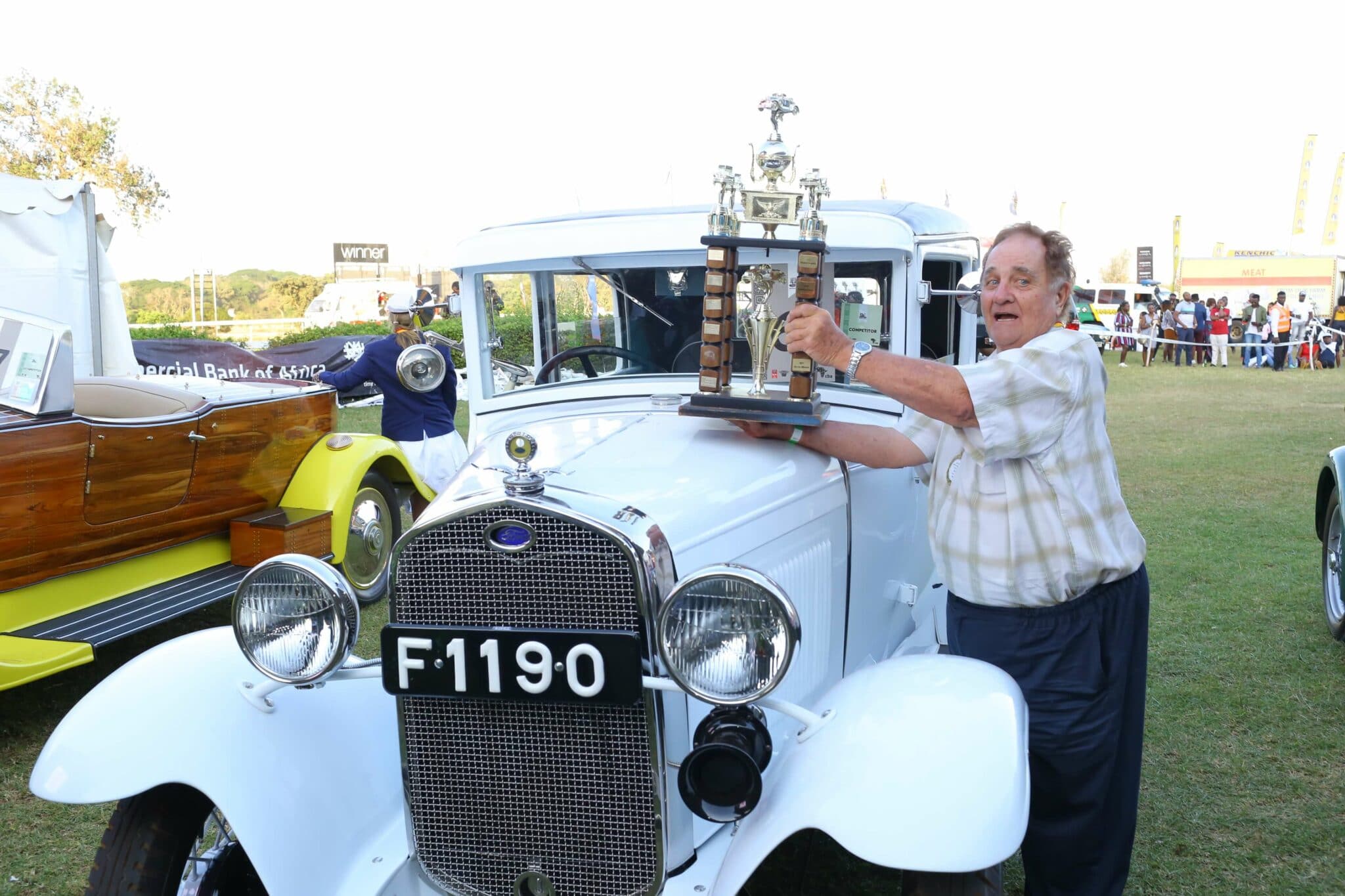 Here is a list of the Concours D’Elegance 2019 Winners. The 2019 CBA Africa Concours d’Elegance took place on Sunday (September 29th) at the Nairobi Racecourse.

In what went down as the most dramatic showdown in recent times, John tied with his daughter Veronica Wroe on 275 points but chalked up the coveted top prize by presenting before judges an older car.  Veronica, who won the Concours d’Elegance last year in a 1934 Rolls Royce Boattail, gave the best boot and tied 59-59 with his dad on engine points.

This year’s event treated spectators to some exhilarating displays in an event recognised Kenya Motor Sports Federation and the FIM Africa.

Jascruisers racked up the most points on the underside, external interior finish, boot, engine and roadworthiness.

Mohammed Anwar Fatehdin’s 1947 Ford V8 pick up emerged best in class 2 which is a preserve of utility vehicles including old-style four-wheel drive vehicles made in 1970 and earlier.

Class 3 of Touring cars up to 1000cc was won by Vita form Products Ltd’s 1972 Austin Mini on 260points. Another petrolhead Tumaini Muthiga scored 260points to finish second in class.