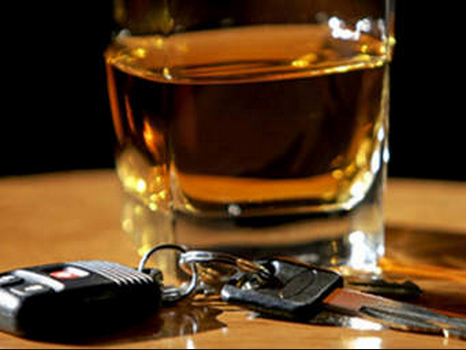 Millions of people do it every day, or mostly at night. Just because you’ve somehow managed to get home and into bed without killing yourself or someone else, doesn’t mean that drinking and driving is safe.

In fact, most people tend to ignore the real consequences of drunk driving until something bad happens to them or their loved ones. And for those who wonder what all the fuss is about, here are a few reasons that you should never drink and drive.

Poor decision making is one of the most obvious effects of alcohol, as it affects judgment, depth of perception, and impairs motor skills. A lot of people find it fairly challenging to drive sober, making it pretty obvious that drinking while driving should be avoided at all costs.

Accidents are by far the worst possible outcome of drunk driving, with nearly 11,000 annual deaths by drunk driving, reported by drunken driving statistics. Also, a whopping 32% of all fatal accidents are directly or indirectly related to drunk driving. And this is just the percentage of those who lost their lives.

Drunk driving might seem like fun when you’re drunk, but there’s nothing funny about the legal ramifications of drunk driving. Assuming that one hasn’t gotten caught for drunk driving before, anyone who exhibits rash driving patterns and intoxicated behavior will most likely be pulled over by the police. And if general incoherence is observed, you will be asked to exit the vehicle and step to the side of the road for a field sobriety test.

Failure to demonstrate the requisite motor skills or judgment calls will then result in the admission of a blood alcohol content (BAC) test. Subsequently failing this test will lead to a night in jail, charges of driving under the influence (DUI) or driving while intoxicated (DWI).

DUI (driving under the influence) – It is the act of operating a vehicle, with blood alcohol levels that are over the legal state limit. If arrested and charged under DUI, the government will prosecute you. Most first time offenders will lose their license for a year, apart from having to participate in mandated outpatient alcohol abuse programs. Anyone with multiple DUI’s will most likely be prosecuted to the fullest extent of the law.

DWI (driving while intoxicated) – It is also an act of operating a vehicle, with blood alcohol levels that are over the legal state limit. If you are suspected of a DWI, you will undergo the same checks and tests a under a DUI, including breathalyzer porpularly known as Alco blow and/or blood tests. However, it is useful to note that the legal consequences of a DWI are much more severe than that of a DUI, and could result in a permanent cancellation of your license.

Hundreds of drunk drivers are arrested every weekend in Kenyan cities especially Nairobi. Getting arrested for a DUI is something that can happen to anybody who takes things easy and careless with drinking and driving. Several repentant DUI offenders learn their lessons the tough way in Nairobi court and depend on a DUI lawyer to bail them out and represent them.

Drinking, driving, and getting caught while drinking and driving can have an adverse effect on your car insurance premiums. Those convicted of drunk driving will have to pay roughly 40% more in insurance than a person without a drunk driving history. For example, a 20 year old convicted of drinking and driving will have to spend much more on car insurance for the next several years of their life. If you were involved in an accident or not will also play on your insurance costs.

Not only does drinking and driving burn a hole in the pocket of those who are convicted, alcohol-related accidents cost the society substantially in quality of life and financial costs. It is very difficult to put an exact number on this cost but it is into the billions. DUI crashes cause delays on the road which is a hidden tax on every commuter, for instance.

While the majority of drinking and driving deaths are due to inebriated drivers with a BAC of .10 and above, even having one as low as .2 can result in a gruesome accident which will lead to crippling legal implications for you. If you think your life is complicated now, it can be much worse.

So, unless one values drinking and driving more than their legal status or personal safety, always take a cab when you’re drunk or have a sober designated driver so that you can shield yourself from having a terrible situation. Because there’s nothing worse than becoming another drunken driver statistic. Always make the right choice to either put the keys, or your drink down!!!