Lamborghinis have been around for quite a while and they are well known for being crazy fast.  But there is a new boss in town. When Tesla announced that they will produce the third fastest saloon car, everyone was anxious to know how it would look like. Would it have massive air intakes or a tonne of curves for aerodynamics? These are some of the questions that many were anxious to see. As many of us will know, the Tesla Company is more of a technological company than an automaker, specializing in the storage of electricity. They recently donated the world’s biggest battery to a solar firm in Australia which proves what they are capable of. But anyway, that’s a story for another day. Being an automaker as well as having a tonne of knowledge on harnessing electric power, Tesla designed and actualized their design by unveiling the Tesla   S P85D. Least of what many would expect the saloon looks normal but of course expensive even if it is not what you would quite expect of a superfast race car. While a Lamborghini Aventador uses a 6.5 litre V12 petrol engine that produces 700Hp and 690-newton meters of torque at 5500 rpm, 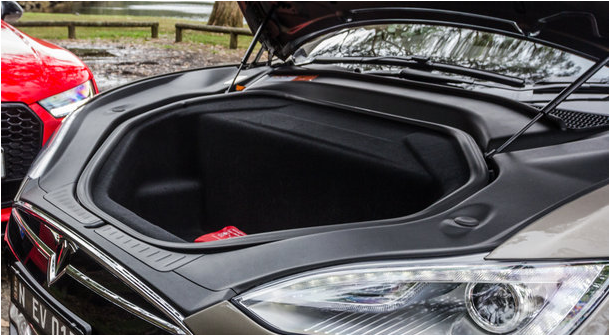 The Tesla s model utilizes a battery pack and electric motors to power all the wheels. The electric motors produce 967Nm of torque from the 568kW of power that is produced by the batteries.

The result is a track record of 0-100Kmh in 3.0 seconds making it the quickest sedan on the planet. This is because electric power is instant compared to that produced by combustion engines.  What’s more, one can set up a charging station at home using solar panels which means that with the car, one can operate totally on a zero budget, unlike combustion engines where the driver has to fuel their car a couple of times within the week and can be expensive if you have a bigger engine. It is incredible to see companies like Tesla coming up with mind-blowing inventions like these of cars with zero emissions, daily drivability and maximum comfort coupled with 5-star safety rating.

The future could only be better if these cars became more affordable to the bigger majority since the cars do not come cheap. A base model of the Tesla S model will cost around 20 million Ksh. However other companies like Toyota, BMW, and Mercedes have embraced hybrid technologies and made some models that are fully electric or partially electric. If I was to travel from Nairobi to Mombasa at a zero budget while my friend has to do a budget of up to 10,000/= in fuel prices, then you can clearly see that the future of the combustion engine is shaky. What do you think, could that be true? Feel free to leave a comment.