If we are genuine guys you will agree with me that the BMW 3 series and Mercedes C-class have been around for a while. While we have not seen major changes on these brands, I think they are about to be trashed by Korean Brands. Yes that’s right, Korean Kia, Hyundai and Genesis have vowed to compete severely with the German cartels. The Question is, are they really in a position to do that?

Well, I will answer my own question because I kind of feel like answering. So Genesis and Kia Bought the best engineer of all time. The guy responsible for developing BMW’s M series categories and as far as I am concerned, Genesis and Kia are milking every bit of his knowledge to the last drop.

The impression of the G70

Judging from the results ladies and gentlemen, except from the badges on the cars, the Genesis and Kia stinger are more handsome and better equipped than the German competitors. Now the sedan war is on, and when there is such a war, I take some popcorns, and my sunglasses, watch the fight and enjoy the extreme creations from such wars. 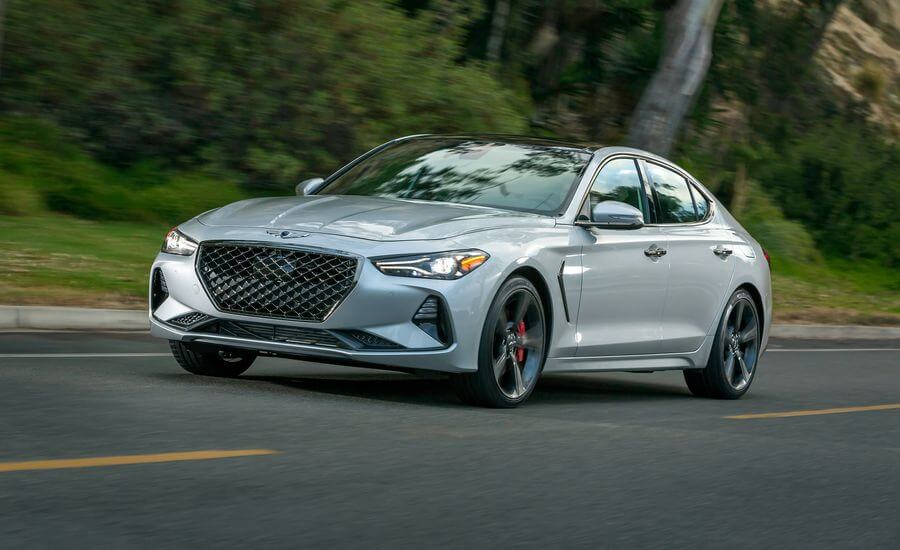 Creating a proper compact sports sedan is an important, credibility-establishing job for any luxury brand. So it was a wise move for Hyundai’s Genesis marque to wait a bit before trying to take on the Audi A4, BMW 3-series, and Mercedes-Benz C-class.

After all, far more practised brands than Genesis, including Cadillac, Infiniti, and Lexus, have struggled to match the Germans over the years.

With the Korean giant weighing in, the fight will intensify. Unlike the G80 and the G90, which are based on an older Hyundai platform, the G70 has been developed as a Genesis from the start.

To ensure that the G70 wins its share of buyers, the brand assembled an impressive team to engineer and develop the G70, including Albert Biermann, head of high-performance-vehicle development and testing, formerly of BMW M.

The G70 certainly checks all the right boxes. Its size mimics that of the A4, 3-series, and C-class—and it’s nearly six inches shorter than the Stinger. It comes standard with a turbocharged 2.0-liter inline-four and offers a boosted six-cylinder.

Rear-wheel drive will be standard, and to make sure it sells well, an all-wheel drive is available. A manual transmission option will pair with the turbo four-cylinder. 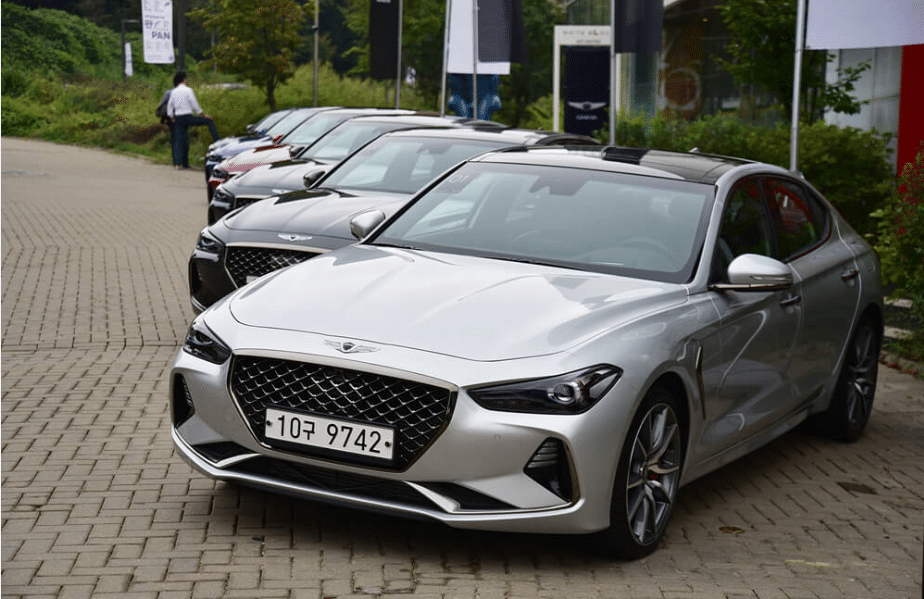 As noted, the G70 shares the same basic chassis as the Kia Stinger, which was found to be a bit soft when pushed to its handling limits. A short drive of the G70 reveals a sports sedan with sharp handling, featuring eager turn-in and a promising amount of steering feedback.

The G70’s base 252-hp four-cylinder falls short of the Audi’s and BMW’s polished turbo 2.0-liter fours.

But the twin-turbo 3.3-liter V-6 with 365 horsepower and 376 pound-feet of torque has proven to be a strong, enticing, and refined powerplant in the larger G80, G90, and Stinger.

Dropped into the smaller and lighter G70, it will likely allow for a zero-to-60-mph sprint in the mid-four-second range in the hunt with Audi’s S4, BMW’s 340i, and Mercedes-AMG’s C43. 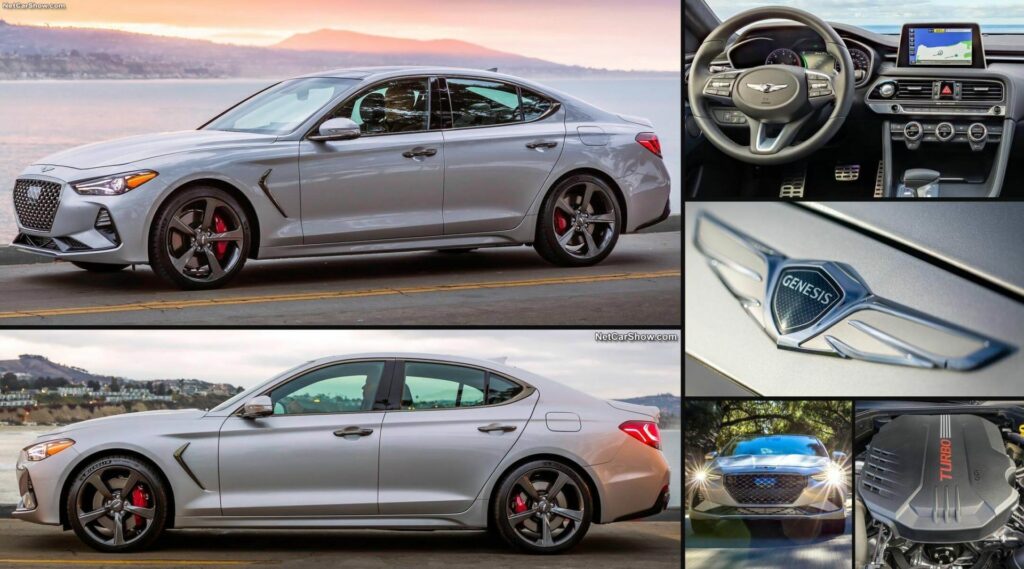 As hard as proving its sports-sedan, earning recognition may be even tougher for the Genesis. Its lines are clean and its details carefully considered, but the anonymity of the G70’s design doesn’t stand out in a group of cars whose designs have become familiar over generations.

Even Genesis’s Bentley-like winged badge could be confused with, well, Bentley’s. Of course, there was a time when BMW’s roundel and Audi’s four rings lacked meaning, too. The G70 could provide it for Genesis, I guess.