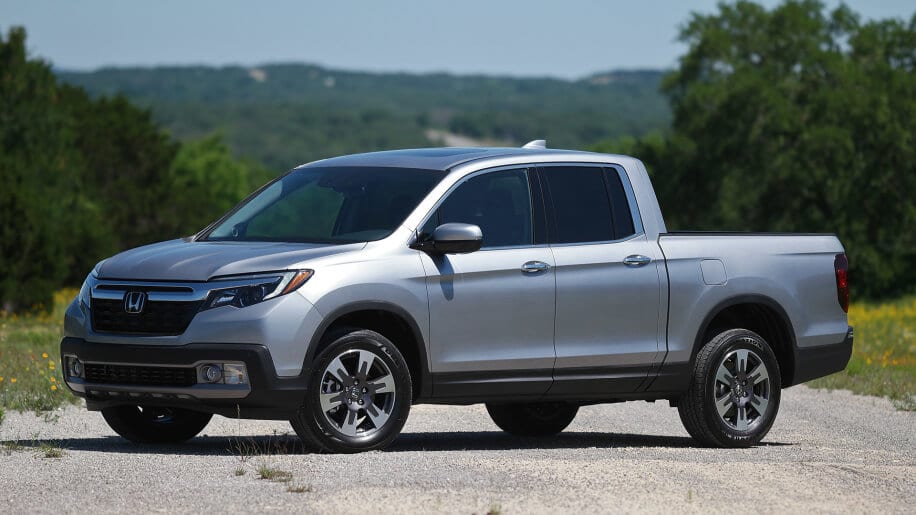 The 2018 Honda Ridgeline is up for a fight. It’s well-rounded and offers just enough capability for most pickup buyers. That’s stating the obvious, staying behind the wheel of the Ridgeline, you will be impressed with Honda’s balanced approach to the ultra-competitive midsize truck segment. I call it the pocketknife pickup. It’s smaller than full-sized monsters like the Ford, Hilux, D-Max and the Mazda BT 40. But the Honda punches above its weight. Here are three observations you will make after ruminating on the Ridgeline.

It is very capable 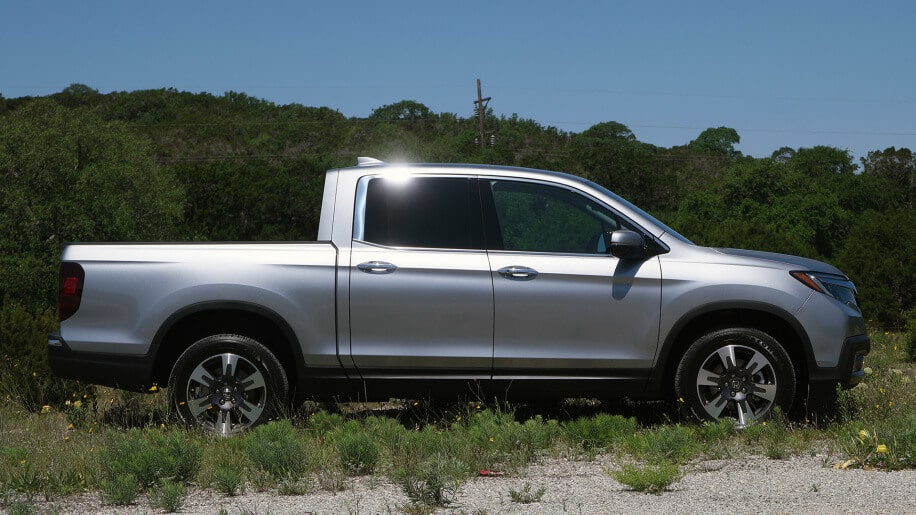 For everyone who simply wants but doesn’t absolutely need a pickup, this will get the job done. Almost any load seems to fit in the ridgeline without any problem. Picture one of those overstuffed things on which you probably see during Home Improvements or when moving. The ridgeline will accommodate all your sofas effortlessly and handle the task with masculinity. Most of the time we have to move loads from one point to the other.

This is why many consumers buy a pickup – to occasionally haul or tow something. The 280-horsepower V6 is solid. And with a towing capacity of 2400 kilos and a payload rating of 800 KIlos, the Ridgeline offers all the grunt you need, most of the time. Sure, there’s a segment of buyers who regularly need more capability. For the folks that actually need a work truck, the full-size segment has plenty of options. But for errands, the Ridgeline is ace. It will fulfill its utilitarian duties to the fullest.

In a segment with a lot of strong personalities, the Ridgeline makes its case by being a bit vanilla. The inside feels like almost any Honda, and the outside is nebulous enough that this could pass as a Volkswagen or Hyundai. 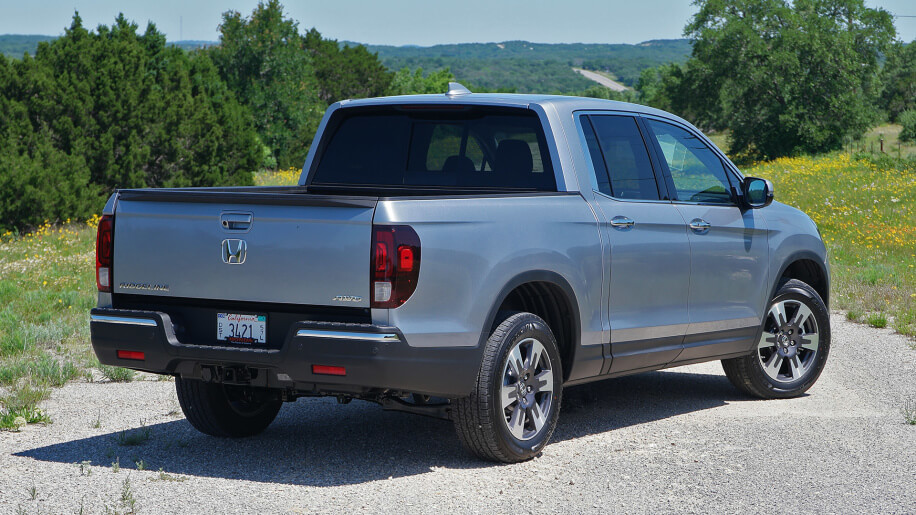 To put it another way, the Ridgeline is simple and smart looking, which is all it needs to be (but not all it could be – more on that in a second). This approach could lure in a wide range of potential buyers, since other midsizers like the rough-and-ready Toyota Tacoma might turn off some. It’s a savvy play for Honda, as this is one of the best times in recent memory to buy a midsize pickup. The Chevy Colorado, GMC Canyon and Toyota Tacoma are all relatively new, and the Ford Ranger is on the way for 2019. The Jeep Wrangler pickup is also expected to launch next year. The rumored name is “Scrambler.” 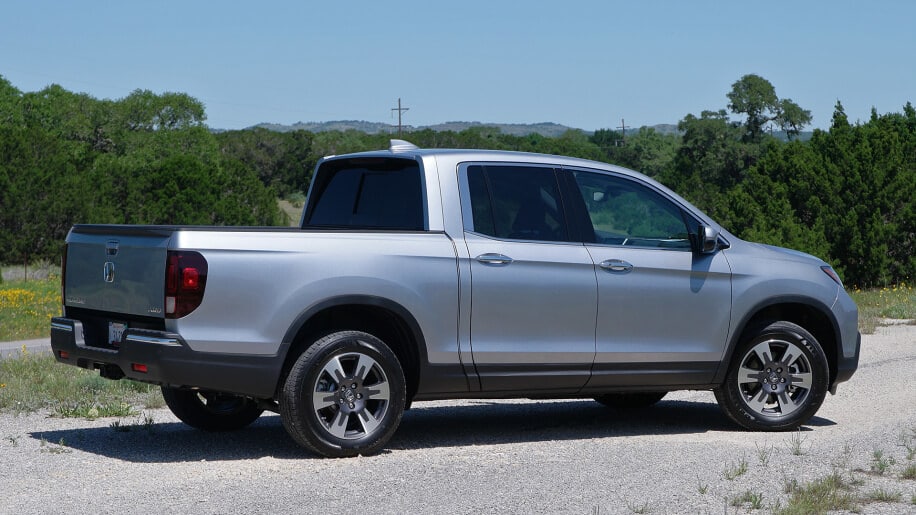 To briefly handicap the field: I feel that the Toyota Tacoma is gutsy and looks like the part, which I love. Pick-ups from GM like the chevy and GMC are often too big for a mid-sized pick-up. The Ranger and Jeep remain question marks as far as driving character, though not totally for us. Where does Honda fit in? It’s the approachable and balanced option. If you’re undecided between a pickup and crossover, you will still feel comfortable in the Ridgeline. 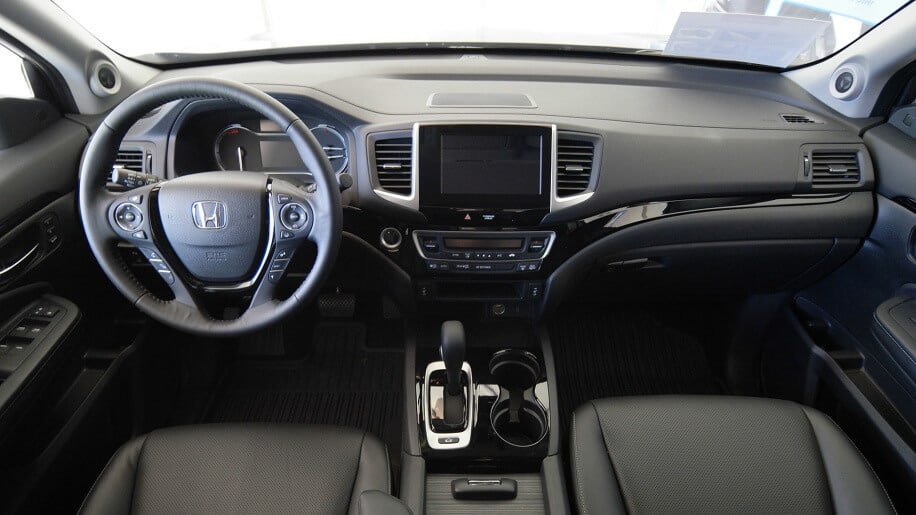 The design is little boring:

OK, the Ridgeline isn’t the elephant in the room to be honest. There are more exiting pickups out there. It’s not an off-road beast. There’s no long enthusiast backstory. The design is attractive, but forgettable. The Accord and Civic are arguably the best-looking cars in their segments – they certainly turn heads with their wrinkled styling and snazzy headlights. I’d like to see Honda move the Ridgeline in that direction. Make it more of a design statement, like its car brethren. Maybe position it as the premium player in this segment, sort of like the Mercedes X-Class would be (if Benz decided to bring it here).