Home » Cars » How I earned my Driving License 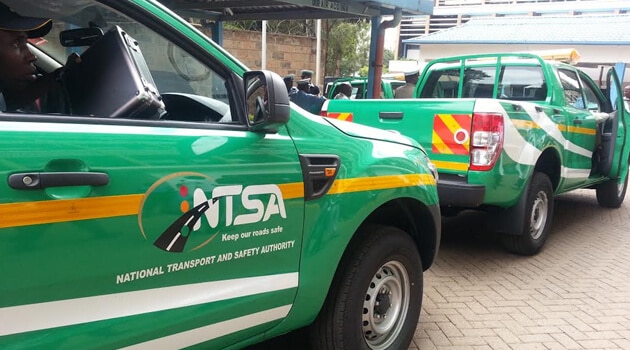 It has been a while good people and a lot has been happening. To that effect, I will be more of an entertainer today with a few stories. Be my guest:

Some people think that their lives are hard and full of disappointment; well I am one of those people. I am a hard worker like many other Kenyans, but no matter what I do, I still face problems. It is as if my life is an ocean of endless problems and disappointments; however one of the disappointments I have faced happens to be the most interesting part of my life.

I had been learning how to drive for a whole month. I was spending part of my everyday life in a car listening to instructions from a boring old man, but I kept up with that to get a driving license and enjoy the freedom of being able to go wherever I wanted, whenever I wanted. The day I had my driving test was the day I would find out if all the effort and time I had put into driving was worth it or not.

The day before my driving test was one of the worst and darkest days of my life because I was extremely nervous and worried about the judgment day, which was the next day. My brothers and sisters teased me for studying so hard to get my driving license. Although I studied hard, I got my license after doing my second test, which most of my family and friends thought was ridiculous. I spent four hours with my driving instructor making sure I knew everything that I had to know. We went through all the instructions and all other details that there was to know.

I usually sleep late, but on the day before my driving test I slept unusually early. During my sleep, I dreamt of being in a car with the police officer sitting on the passenger seat screaming “You are a failure in driving” and that made me wake up in the middle of the night sweating. I kept imagining failing the test the next day, and I couldn’t stop thinking about it. However, I tried to stop thinking about tomorrow and tried to get a good night’s sleep. Finally, I slept like a baby without any nightmares this time.

On the big day, I woke up to my alarm and got ready to be picked up by my instructor to go to the police station, where I would have my driving test. I was very nervous, and my instructor, while we were on the way to the police station, said that I was not driving as well as I always do. I had been turning without informing other drivers that I was going to, by using the indicator.

Once I got to the police station, I was waiting in the car for the police officer to arrive and start my test. I couldn’t help it but imagine that he would be an old man with eyes crossed and that he would be laughing evilly, when failing me. When the officer got in the car, that’s when I got even more nervous and my legs were vibrating as if I was a phone in vibra mode.

My dad told me, the day before, not to let the officer see me tense, or else he wouldn’t pass me in the test. Unfortunately, any person who laid his eyes on me would notice how tense I was. However, I tried to calm myself down, so I thought about the long period I had been learning how to drive and convinced myself that it would be a piece of cake. Moreover, my older brothers and sisters got their licenses without learning as much as I did.

Before leaving the police station, I took one last look at the place where I would be coming back to get my license. Then I started the car and the officer was directing me on where to go; however, I kept imagining all the things that could have went wrong or even worst if I failed the test. I was told to make a right turn, when my mind went blank and I didn’t know where my left was, or my right. I tried remembering that my right would be towards the arm I use to write.

Once I got to my first stop sign I asked myself “Is this going to be the sign that would fail me?” It failed two of my friends in the past. Luckily, I stopped at the sign smoothly thanks to all the training I had. After that, the officer took me to the parking lot of a gas station where I was tested for parallel parking. The space in which I had to park looked so extremely small that it would be impossible to park in. I did my best and tried recalling every step my instructor taught me and finally did it in success.

When I was leaving the parking spot, something unexpected happened. A teenage girl was walking in front of the car, but I failed to notice her because I was looking at the cars coming from the back. Instinctively, I had to hit the brakes hard and caused both of us, the police officer and me, to bend towards the front of the car.

At that moment, I thought I had ruined my perfect driving and gave the officer the excuse he was looking for to fail me. In order to reduce the tension, I asked the officer calmly, “Are you alright?” and he replied, “I am fine, but don’t do that again, concentrate.” Then, I found out that I might still have a chance to pass this test, since the officer didn’t ask me to go back to the station.

When you are the Unluckiest thing living

I pulled myself together and continued driving, while listening to the instruction from the officer. Just when I felt relieved and everything was going well, I heard a siren. It was a fast ambulance approaching from behind, which got me all nervous again because the road was so slim that I couldn’t move to the right to provide enough space for the ambulance to pass.

Suddenly, I started accelerating to keep a distance from the ambulance and hoped eventually it would turn at some other lanes. Luckily, the ambulance did disappear from my rearview mirror; I guess it did turn somewhere. I’ve always tried to figure out why I chose to speed up, instead of waiting for the officer’s instructions, but I never found an answer.

How did it Go?

Unfortunately, I failed the test because of lack of concentration and speeding. Every time I recall my first driving test, I really feel disappointed in myself because of my bad decision-making. However, I did pass the test eventually and got my license. I am a good driver now, and my friends don’t have to worry about my driving anymore. At last, I am also able to experience the freedom of being able to go wherever I desire.

Although I was really disappointed with the test result, it was something that reminds me to stand up every time I fall. People shouldn’t give up once they fail in any part of life because hard work isn’t the only factor that plays roles in the results of different events in life. Other factors may influence the results too, such as luck, place and time. I was unlucky because I was on the same road as the ambulance, while I was taking my driving test, and that made me fail the test.