Home » Cars » Key Differences — and Similarities — Between Superchargers and Turbochargers 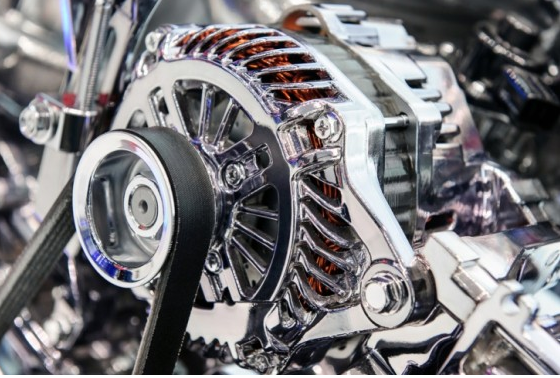 When it comes to adding power to transportation, people have tried everything from adding literal horses to adding people in order to shovel coal faster. While technology has changed the very physical ways in which more power is added to a person’s individual vehicle the jury is still out in regards to which methods work the best.

The debate regarding superchargers and turbochargers is a perfect example. The question: Which is “better?” can’t be answered in a truly definitive way. Key differences exist, as well as a range of similarities, and which ones on each side of the equation matter most is totally up to the person considering the equation. Here’s a little bit of help for the person trying to choose and ensure they’ve added the right kind of power to their vehicle.

Both a supercharger and a turbocharger are forced induction systems that work by pushing air into your vehicle’s engine, thereby making it more powerful. First, each system compresses the air — a process that allows more of it to fit inside a cylinder. With more air inside a cylinder, more fuel can make it into a cylinder. The combination of compressed air and additional fuel allows each cylinder’s explosion to be bigger and more powerful. The same engine now boasts considerably more power, whether it’s a supercharged FRS or a basic turbocharger.

Superchargers are driven by the engine’s crankshaft, and most of the time, they’re connected via a belt. That system, then, requires the engine’s power to work at all, and its boost is directly related to the power that’s already being generated by the engine. On the other hand, an exhaust gas turbine drives a turbocharger, which means a turbocharger runs off the waste energy that the engine isn’t using. In other words, it’s a vehicle’s exhaust system that spins the turbocharger compressor, and it can spin it as fast as 250,000 RPM.

Because the turbocharger sits with the exhaust system, your engine is left alone, allowing it to stay smaller and idle at a less accelerated pace — which usually means a better fuel economy. Also, because turbochargers are powered by energy that is commonly lost anyway, they provide a boost to overall energy efficiency, too. When it comes to choosing a supercharger, there just isn’t any way to be efficiency-minded — superchargers have to pull energy off the engine in order to run and function at all. It’s why the boost they provide is immediate.

Both a turbocharger and a supercharger provide a significant increase in horsepower to an engine. It’s why people add them to their vehicles at all. How much horsepower? Anywhere from 30 percent to 50 percent can be gained, although reaching the 50 percent threshold isn’t likely to happen. Because both systems do well at increasing horsepower, they’re both great for higher altitude use, where thinner air can affect engine performance negatively.

Lag — the delay in seeking the boost and receiving it — is a marked difference that exists between these two systems. Turbochargers are notorious lag creators, while using a supercharger system rarely results in any lag at all. Why the difference? Because of its connection to the exhaust, it can take a little bit of time before a turbocharger is able to produce the boost of speed and power being asked of it, and, the car can lurch forward a bit from the delayed action.

No one can decide for you whether a turbocharger or a supercharger is right for your car and power needs. Whether you’re fuel efficiency-minded, obsessed with getting immediate power, or only considering cost, each system can has pros and cons that each individual will have to weigh for himself