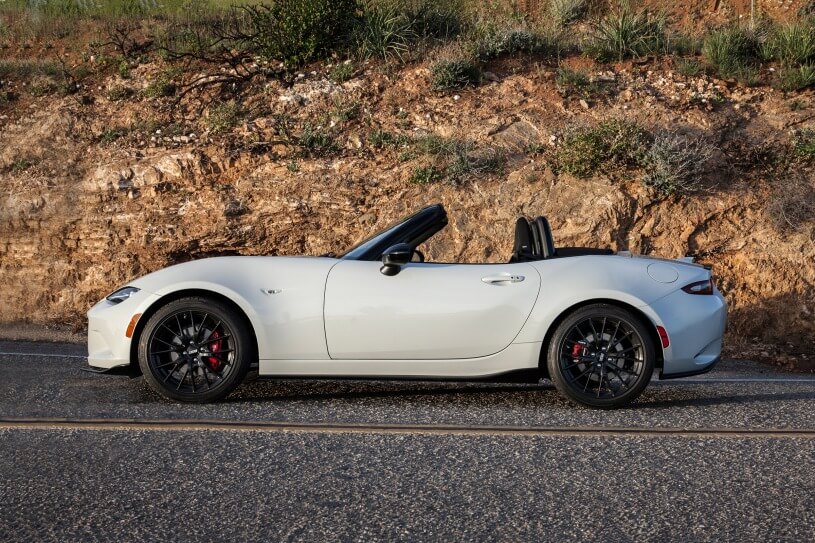 Convertibles are about as old as the automobile itself. The appeal of roofless driving goes back to when horses ruled the roads, and there’s still nothing quite like feeling the wind in your hair at speed. Some convertibles have fabric soft tops; others have power-folding hardtops.

Removable hardtops were more popular before the recent power-hardtop revolution, but the Jeep Wrangler continues to offer this functionality. Other current examples of convertibles include the Chevrolet Camaro, Ford Mustang, Mazda MX-5 Miata, Mercedes-Benz SLK-Class and Porsche 718 Boxster. 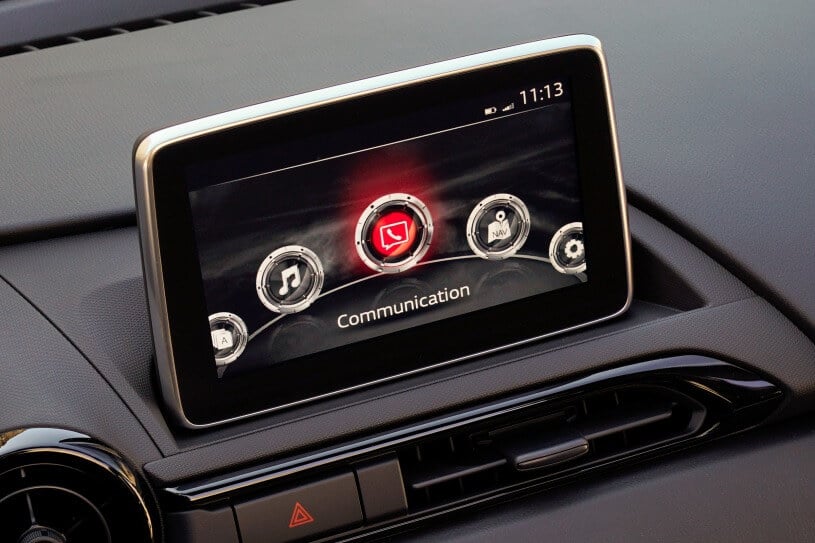 First and foremost, convertibles are about fun in the sun. As such, you can expect to make certain compromises in terms of practicality. Power-hardtop convertibles have particularly small trunks because the folded roof takes up a lot of space.

As a general rule, convertibles just aren’t very good at carrying cargo. They also tend to have either cramped backseats or none at all, and visibility suffers with the top up relative to comparable vehicles with fixed roofs. 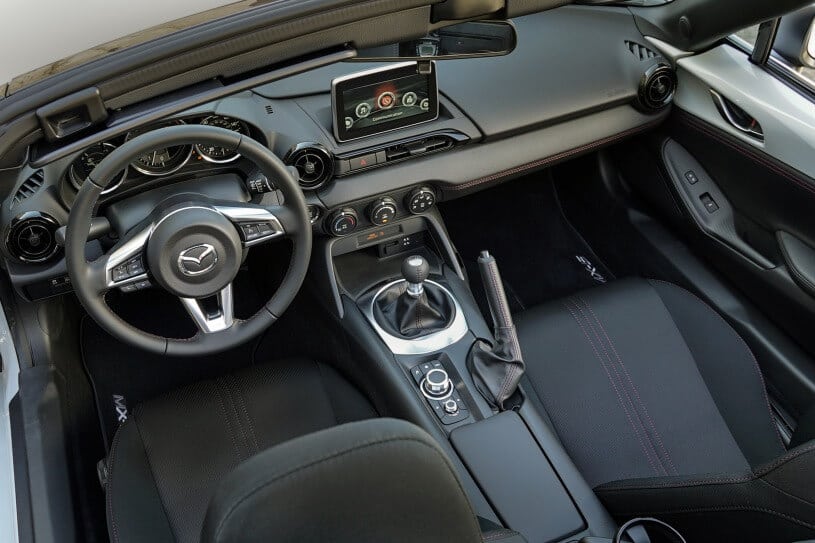 But people don’t buy convertibles for Home Depot runs or family road trips. They buy them because the smiles per mile are unsurpassed. Whether you choose a pint-sized Miata roadster with a four-cylinder engine or a Chevrolet Corvette with a roaring V8, you’ll enjoy a uniquely engaging driving experience that keeps you coming back for more.

About the Mazda MX-5 Miata

After last year’s full redesign, the 2017 Mazda MX-5 Miata doesn’t receive many changes, but it didn’t really need any. The latest MX-5 boasts a modernized equipment roster, including an available infotainment system with a 7-inch touchscreen and an interior trimmed out with high-quality materials. 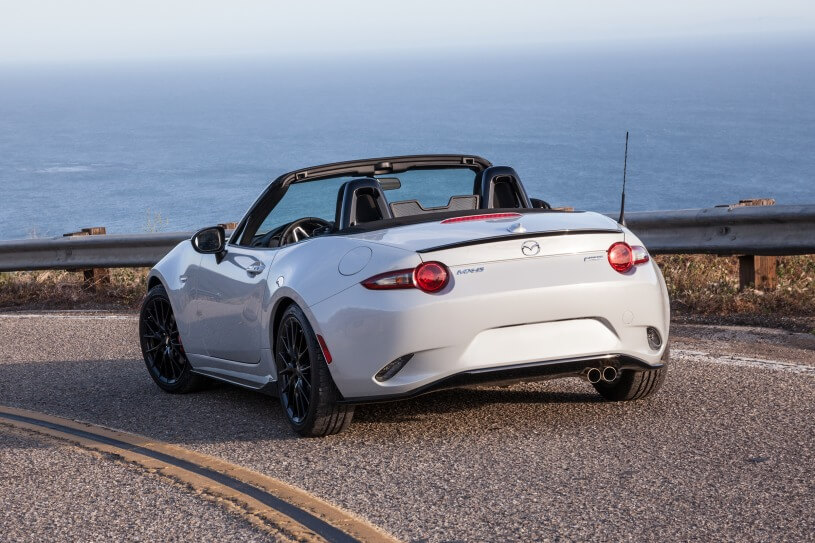 But while other cars tend to get heavier as they’re given more equipment, extensive weight-saving efforts mean this generation of Miata is the lightest since 1997. Mazda appears to have achieved the impossible, having built a new Miata that’s at once more elemental and more advanced than the previous-generation cars.

It’s not just hype, the Miata is as good as advertised. Like every MX-5 before it, the 2017 model is best when the road turns twisty. It zips around turns with an enthusiasm few other cars can match, and the efficient four-cylinder engine makes enough power and sound to keep the good times rolling. 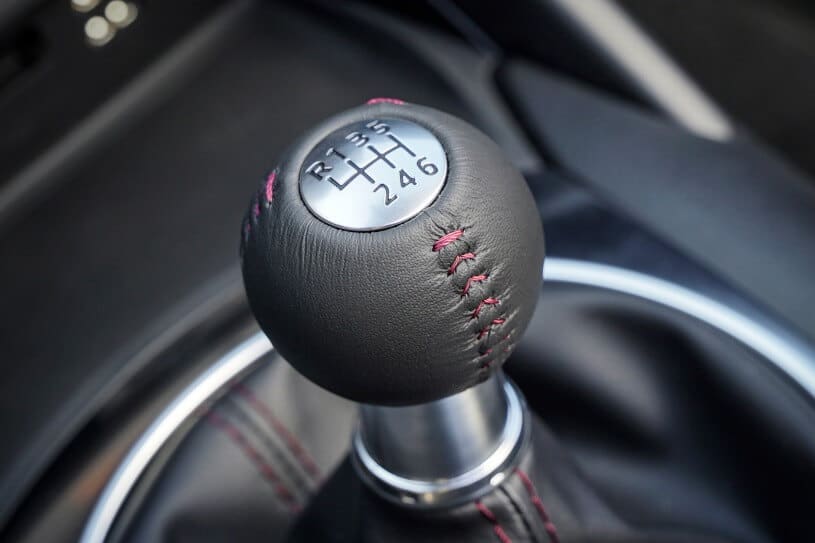 The new Miata is still at its best with the manual transmission, but an automatic is available, of course, as is an unprecedented selection of creature comforts and safety technologies. Put it all together and you’re looking at a unique two-seater that should appeal to sports car purists and digital-age citizens alike.

Naturally, certain compromises are required when you drive a Miata. Trunk capacity is minimal, and there’s not much space to spare in the intimate cabin either, whether for passengers or personal items. There’s also ample road and wind noise at speed with the top up. And if you beat the engine up past 6,000 rpm, you might be wishing for the roughest ride you ever had.

Few cars are more focused than the Miata. Mazda set out to make a small, fun-to-drive roadster, and it compromised very little in achieving its vision. This generation of Miata is not just great fun; it’s more premium-feeling and easier to live with day to day than it’s ever been before. But it is still unapologetically a small roadster