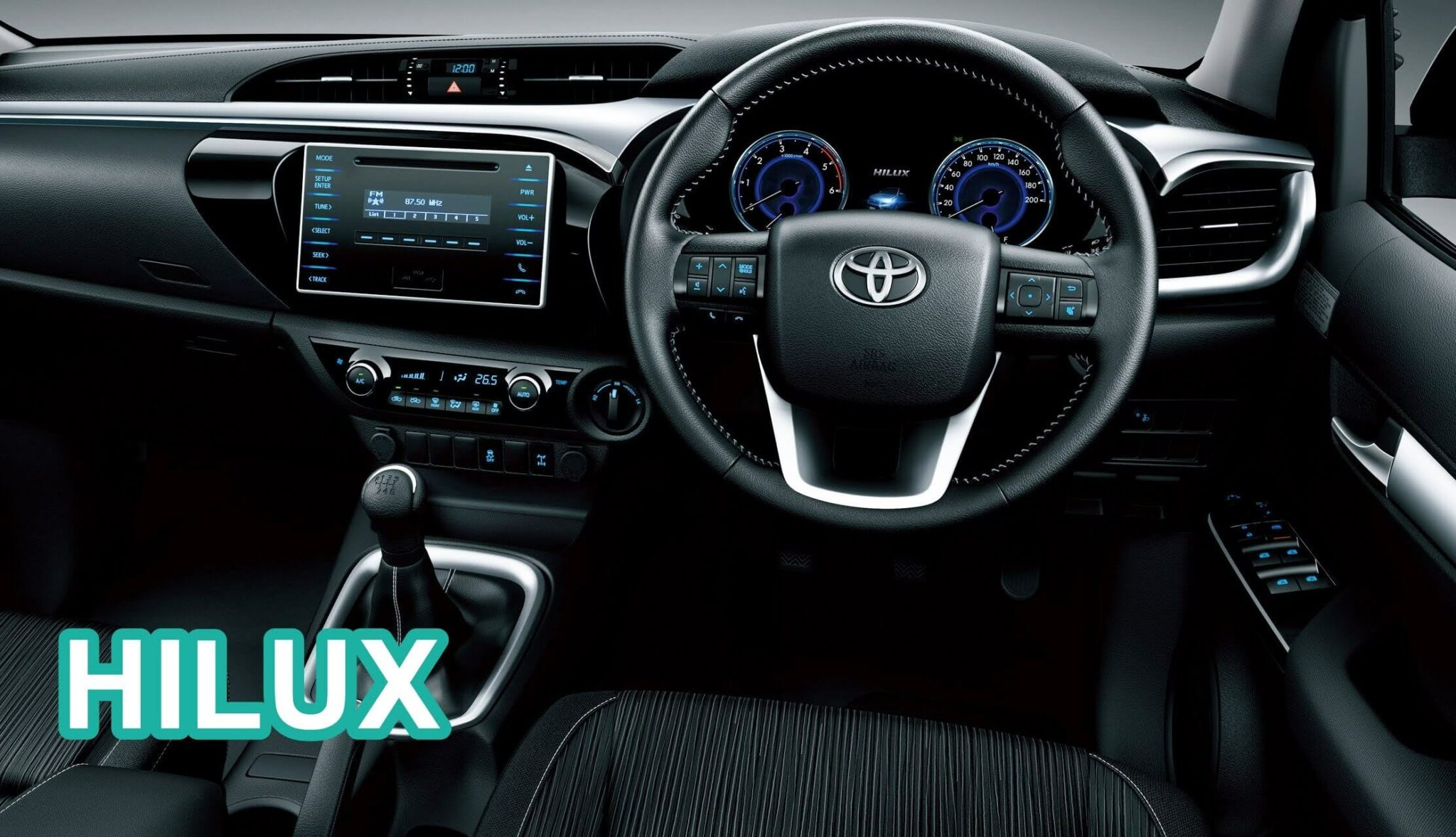 Today we’re going to take a look at something truly exciting that’s been developed by Toyota’s go-fast team, TRD. It’s the 2017 Toyota Hilux TRD. Wait, what?

Toyota Racing Development hasn’t really worked this new model over an inch of its life. It really hasn’t done anything to make it much sportier than the standard vehicle. But it is more stylish… right? 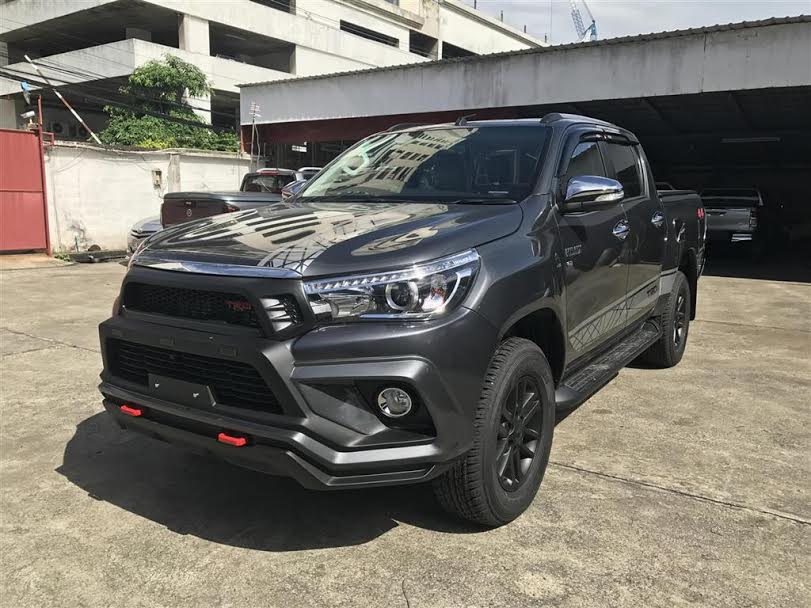 Officially referred to by the Japanese brand as the 2017 Toyota HiLux with TRD Accessories, we’ll refer to it as the HiLux TRD from here on. It features a number of additional styling bits that will see it fight against flagship, style-focused utilities offered by rival brands.

It’s based on the Toyota HiLux SR5 dual-cab diesel 4×4 model, one of the biggest selling variants, and also the most expensive. And with the equipment package fitted to this model, the price for this version of the HiLux is higher than we’ve seen it since the last, proper TRD HiLux with the supercharged petrol V6 engine.

That sort of expenditure means it isn’t quite as expensive as the range-topping Ford Ranger Wildtrak and Volkswagen Amarok V6 Ultimate, but it is pretty pricey considering it’s based on the standard SR5 spec with a few extras.

There are new 18-inch black alloys tucked under those flares.The shininess has been removed from the sports bar in the tub. There’s also a tub liner, tail-light covers, mud flaps and tow kit included. 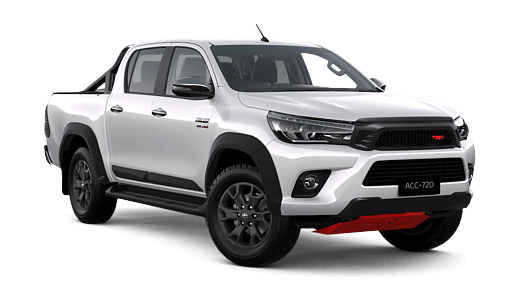 Look, it’s not my job to tell you whether the styling changes have made the HiLux more attractive or not. But come on. They have.

Since it’s still an SR5 under all the TRD trickery, you still get Toyota’s excellent auto-LED headlights. You will also get black side steps, and keyless entry and push-button start.

Is it safe enough?

While the safety situation with the HiLux is decent, it isn’t as good as the Ranger top-end models. You can’t get all the active safety aids like forward collision warning, lane departure warning and lane keeping assistance, and adaptive cruise control.

Still, there’s a rear-view camera and seven airbags as standard, including curtain airbag protection for those in the back seat, which is more than we can say for the VW Amarok.

On the inside, there are only a couple of changes, like TRD floor mats. 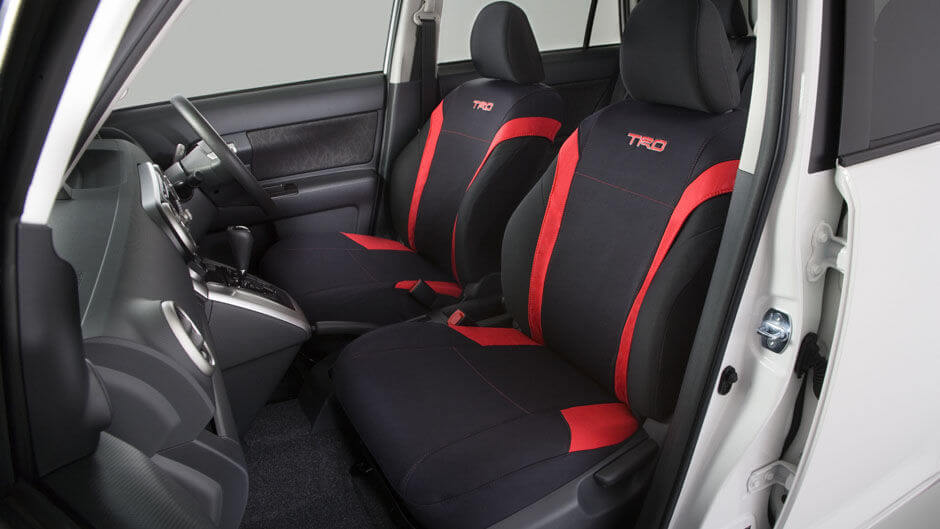 You still get all the stuff the SR5 has, like climate control, cruise control. You also get a touchscreen media unit with satellite navigation and Toyota Link app compatibility.  other features include DAB digital radio, Bluetooth, electrically-adjustable driver’s seat, and a multi-function steering wheel.

The biggest letdown to the HiLux is its suspension and steering.

The steering is very heavy, almost hard work at low speeds when you’re parking. The fact that it lacks front or rear parking sensors means those situations can involve a bit of guesswork. The rear-view camera helps though. It is reasonably direct in corners, and decently reactive too. It’s just at low speeds that it’s a bit of a pain. 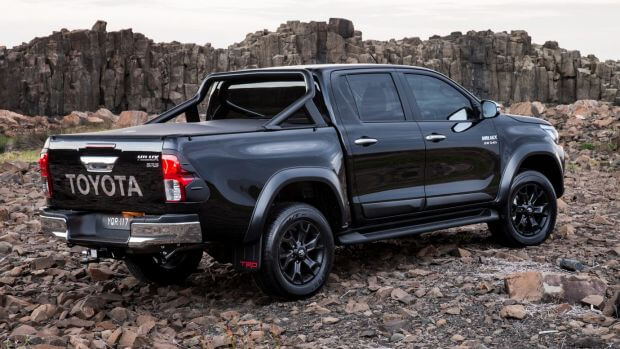 The suspension, though, is painful pretty much all the time – well, if you’re not loaded up, that is. It will feel quite ungainly over bumps, with the tray trembling as the suspension settles over sharp edges.

If you’re in the market for a truck that will potentially deal with whatever you can throw at it, and be appealing to look at in front of the work site, the Hilux TRD could be right up your alley.