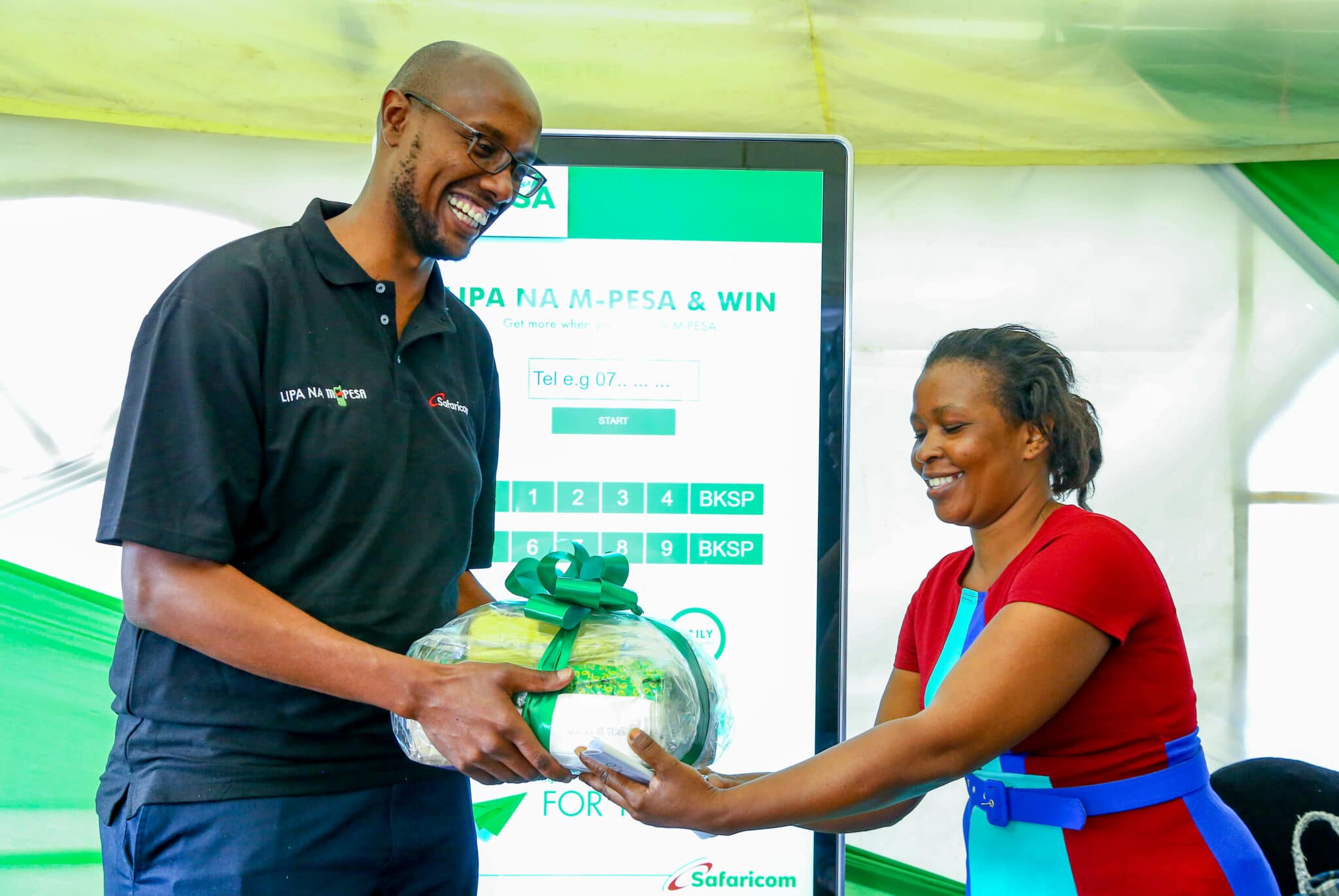 Safaricom has launched an eight week Lipa Na M-PESA promotion that will reward both customers and merchants for making and receiving payments through the service.

Both parties will receive 1 point for every Ksh 100 payment.

Customers stand to win one of 6 houses in weekly draws.

The promotion runs until March 5th 2020 and will reward people in 8 regions across the country.

In the grand finale, customers will win one of 8 tractors each equipped with a plough and trailer.

Safaricom will also reward eight customers across the eight regions every minute with a surprise cashback.

More than 600,000 shoppers will get awarded by the end of the Lipa Na M-PESA promotion period.

Merchants will receive 25 per cent of their daily till charges as a cashback.

Besides, they stand a chance to win one of 8 Fuso F1 nine tonne trucks per region or one of 120 Tuktuks also to be awarded regionally.

“With this promotion, we are encouraging merchants and customers to use Lipa Na M-PESA to receive and make payments at kiosks, supermarkets, fuel stations, bars, restaurants, car washes and various merchant tills and give them a chance to win big,” said Sylvia Mulinge, Chief Customer Officer, Safaricom.

Safaricom said the promotion is its latest move to deepen the uptake of cashless payments in the country.

According to data from the Central Bank of Kenya, the mobile phone is the most popular way to make and receive non-cash payments.

This accounts for more than nine of every ten such transactions.

The Lipa Na M-PESA promotion is Safaricom’s latest initiative in the war against cash.