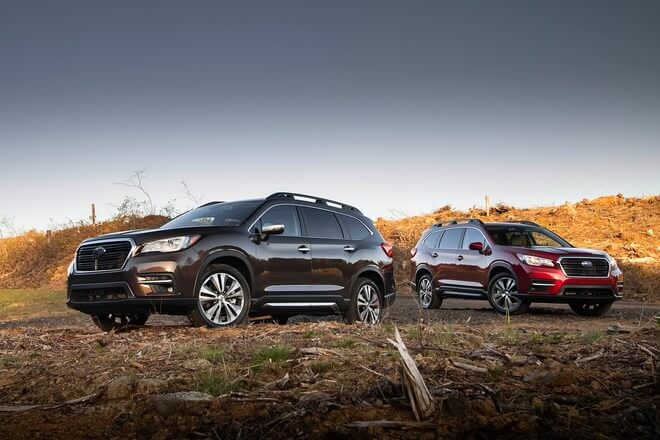 Subaru commands a lower percentage of the market share compared to other automakers from Japan like Toyota, Honda and Nissan. In any case, Subaru is not in any way trying to become either of those companies because we all know what we want when we are going to buy a Subaru. Our Kenyan Subaru patriots have something to smile about. Now the company has brought us the puzzle that has been missing.

Subaru has not had a seven sitter family SUV until now. Stop talking of the Tribeca since was long discontinued, and besides, it did not look appealing to me.

What we have today could be confused for a forester at a distance but nop! It’s not a forester. It’s the new 2019 Subaru Ascent that sits squarely in the three-row midsize SUV segment.

It properly competes with the Ford Explorer, Honda Pilot, Toyota Highlander, and other models. It’s longer than the Highlander and Pilot, but shorter than the Explorer. 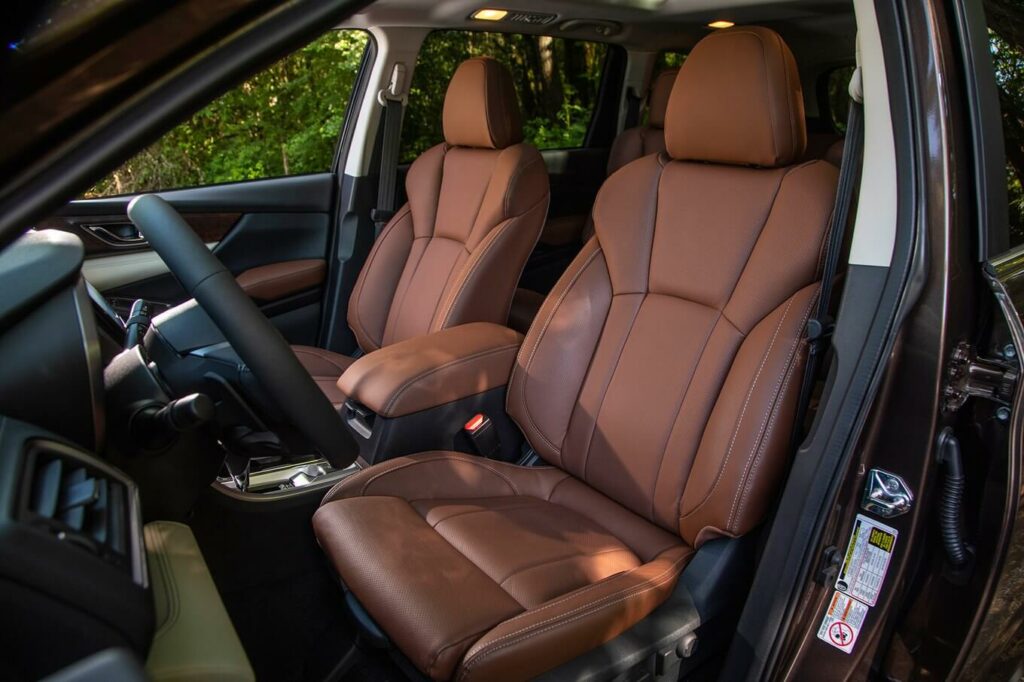 During the Ascent launch, the folks at Subaru said the brand has done a good job attracting younger customers and empty nesters with its products.

But they admit many of those in the parenthood stage of life have been forced to leave the brand to find a vehicle that suits their needs.

The Ascent aims to hold onto buyers in this middle life stage, offering seats for seven or eight passengers depending on the selected configuration.

The Ascent may be late to the party, but at least it brought a great gift. Many of the qualities and features that we admire on other Subarus—including superior visibility, interior space, and the EyeSight safety system—prove particularly beneficial on this family-oriented model. From the initial impression, this young entry feels capable of living up to the steep competition.

It all starts with the Subaru Global Platform, which debuted on the fifth-gen Impreza and will eventually underpin every model in the lineup.

The new architecture boosts the rigidity of the body and chassis, improves the suspension system, and emphasizes a low center of gravity. The result is better handling and stability, reduced noise and vibration, and improved safety in the event of a collision. 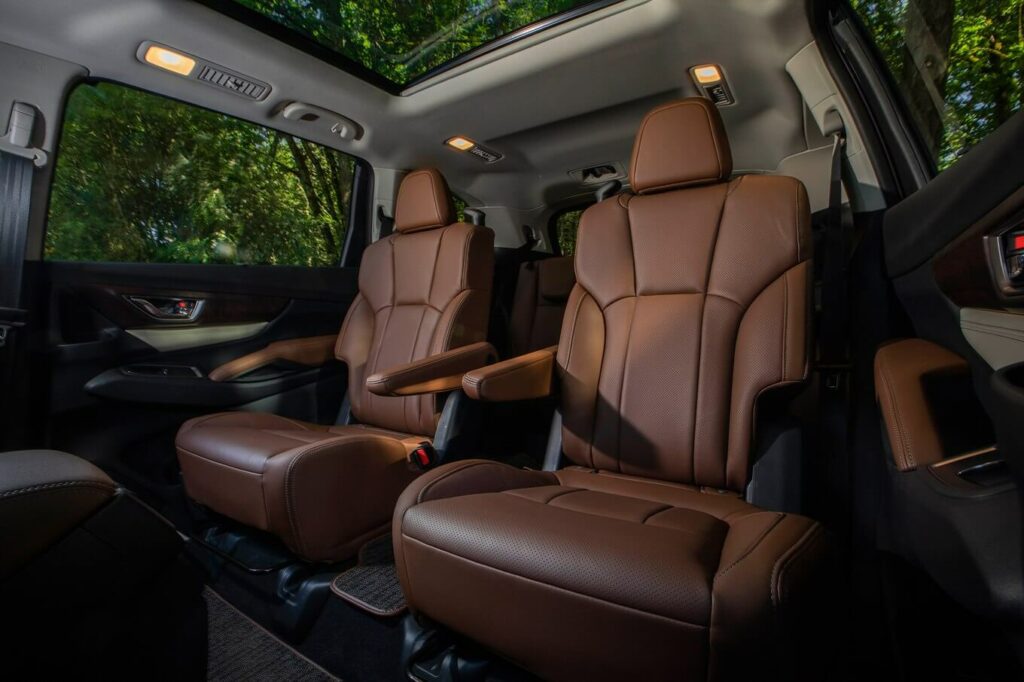 According to Subaru, driving the production-ready Ascent, you immediately feel the work that went into the vehicle.

Although you may notice road imperfections and bumps, the chassis tackles these obstacles in a controlled manner. Handling is better than you would expect from most three-row crossovers of comparable size.

Although the steering feel is light, the Ascent responds appropriately to even subtle movements of the steering wheel. It’s not tedious to make three-point turns, as it can be in many larger vehicles.

You may be tempted to think the Ascent needs a V-6, but its 2.4-liter turbocharged boxer-four proves surprisingly satisfying. The engine sits low to the ground to give the crossover an ideal center of gravity.

It delivers a decent 260 hp, but Subaru says it really focused on torque, which at 277 lb-ft, is higher than most key competitors including the Highlander and Pilot.

On demand, the Ascent provides enough motivation for merging onto the highway or passing other vehicles, although it’s no speed chaser. The Ascent can easily tow 3000 kilos tirelessly but it will take longer to brake with the trailer coupled. 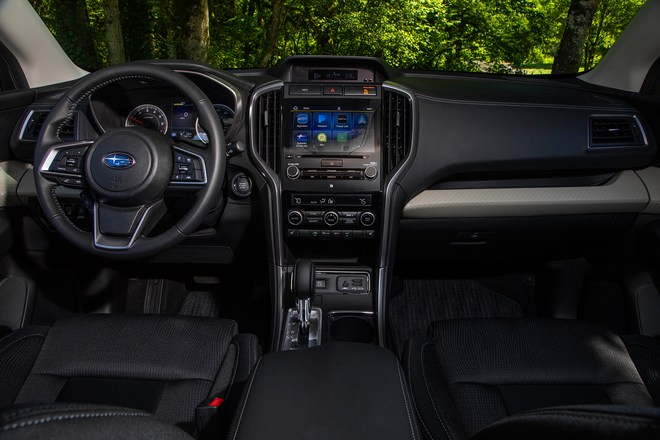 The Ascent may not boast of the flashiest feathers, but the conservative exterior design may have its benefits. Like other Subarus, it boasts excellent visibility thanks to its upright posture and its low-sitting windshield and side windows. Adding to its practicality, the doors are lightweight and easy to open. 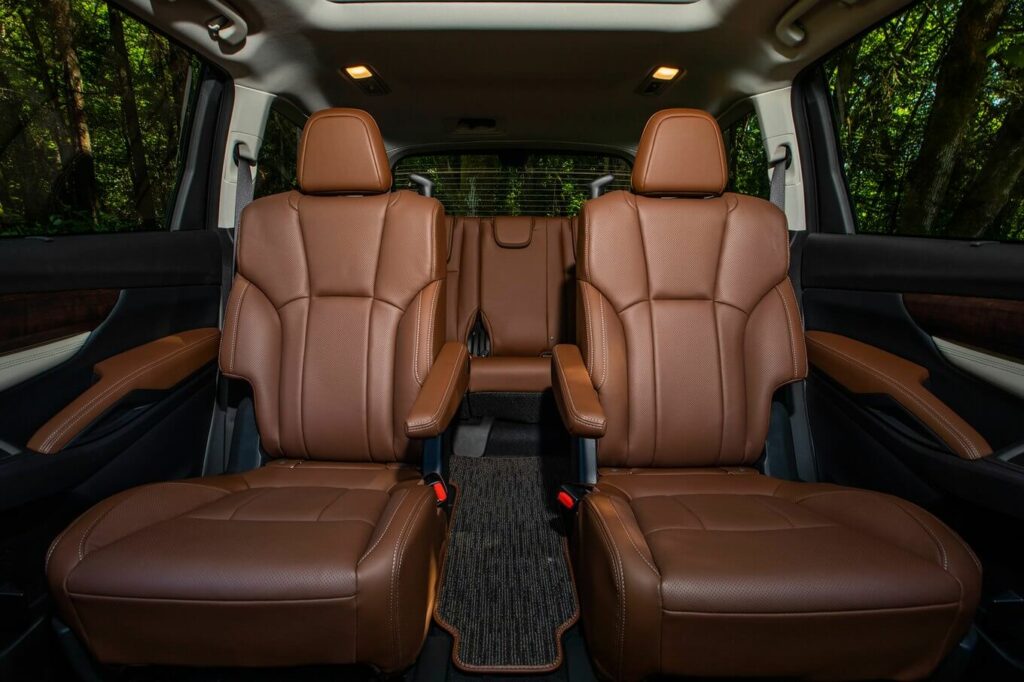 I can’t speak for long-legged passengers, but I can tell you those with an average height will likely find the third row adequate.

Even with the second row pushed all the way back, providing those passengers maximum legroom, you could sit comfortably without your knees touching the seatbacks.

The rear doors open wide at 75 degrees, making it easy to enter and exit the third row, particularly when you opt for the seven-seat configuration that provides a passageway to the rearmost seats.

Grab handles on the second-row seats also facilitate exiting from the very back. Headroom isn’t an issue, either. A lever at the bottom of the second-row seats allows them to collapse, and they slide fore and aft easily. Putting the seatbacks into the upright position again requires a little bit more muscle.

You could argue the Ascent looks a little dated already, with its button-happy center console, large shifter mechanism, and generic dashboard layout.

But Subaru put the focus on functionality, even when it comes to the wide and comfortable seats. The Premium model comes standard with stain-resistant cloth upholstery.

The new Volkswagen Atlas may offer as many as 17 cup holders, but Subaru is creaming the competition with 19 standard cup holders, five of which are located in the third row. Oh, and buyers can opt for up to eight USB ports, although the base model comes with just four. 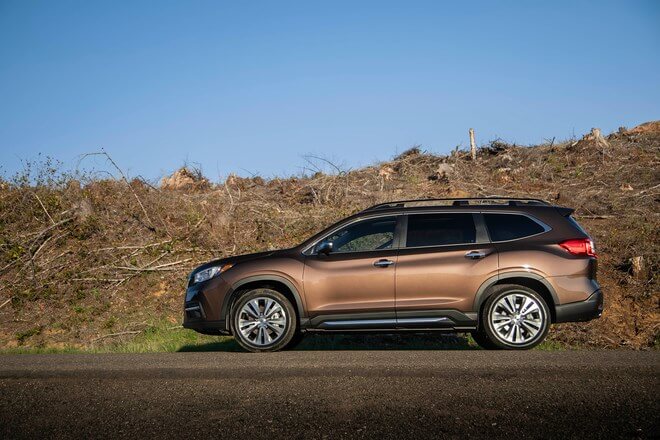 The 2019 Subaru Ascent will start at Ksh6 million when it arrives in dealerships. Prices for the most expensive models can reach north of Ksh8 million. Subaru will offer the Ascent in four trim levels: base, Premium, Limited, and Touring.

There’s also lead vehicle start alert, which gently beeps to remind you to move up when the vehicle ahead has advanced in traffic.

For those of us with little patience for Bluetooth, Apple CarPlay and Android Auto are also standard across the board.

what the future holds 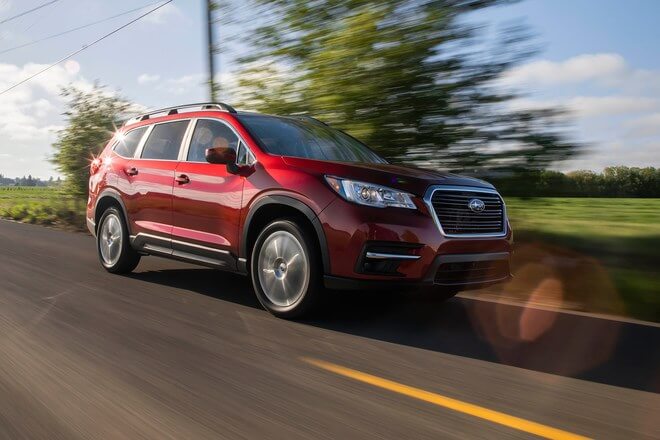 Subaru’s decision to use a four-cylinder engine pays off when it comes to fuel economy. Based on other tests, it maxes out at 21/27 mpg city/highway, or 20/26 on more heavily contented models. In comparison, the V-6-equipped 2018 Honda Pilot gets up to 19/26 when paired with all-wheel drive as is standard on the Ascent. The 2018 Toyota Highlander AWD with the V-6 tops out at 20/27.

Subaru may be a niche brand, but the Ascent doesn’t feel like it’s built for one specific type of customer, with the considerable exception of its standard all-wheel drive. All things considered, it’s a well-rounded competitor that will put the Explorer, pilot and Highlander on watch. 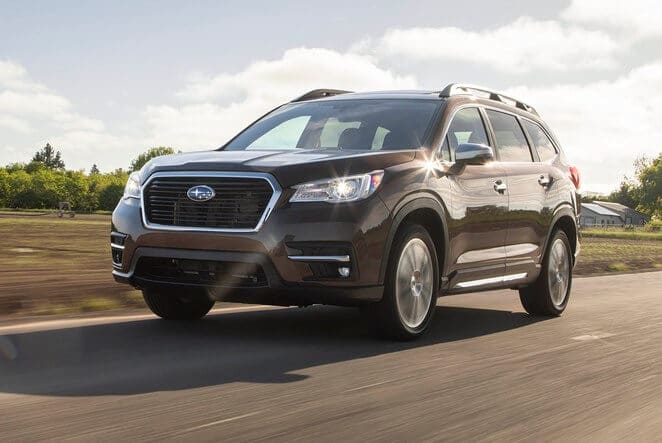