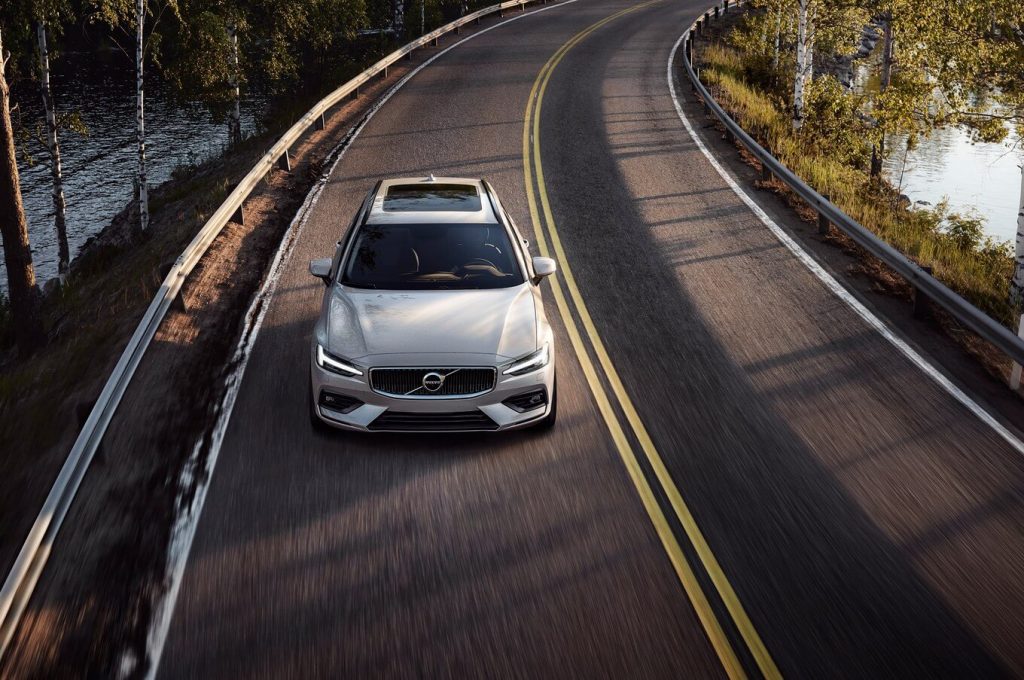 As SUVs and crossovers continue their march to global domination, Volvo seems to be paying more attention on a niche product and that is the Volvo V60. Based on the XC60 platform, this car is Volvos hope of maintaining hope for its customers. And with the recent remodeling, the Volvo V60 is a car worth reviewing especially because of what Volvo stands for. The V60 is a vehicle that still defines the essence of the Volvo brand. Volvo without a wagon would be like Ferrari without red paint.

The new V60 is being pitched as the successor to the V70, the best-selling wagon in Volvo’s history, filling the space left by the V90’s move upmarket. The V60 shares much with its larger sibling. It’s built on Volvo’s highly flexible SPA architecture and has the same broad-shouldered stance and studied elegance.

The 2019 V60 is 4.9 inches longer and 2.0 inches lower than the outgoing model. The wheelbase has grown 3.8 inches, though a lot of that has gone to deliver the exaggerated dash-to-axle dimension that’s become part of modern Volvo design DNA. But those extra inches have delivered substance as well as style: Volvo claims a 20 percent increase in load space over the previous V60, as well as the roomiest rear seat in the class.

The V60’s interior follows the design cues that were established with the S90 and have since cascaded through successive new Volvos. And there’s nothing wrong with that: The V60’s cabin looks elegant and upscale, more inviting than that of a BMW 3 Series, less clinical than an Audi A4’s.

The V60 will launch with the choice of two powertrains: T5, with the 250-hp turbocharged version of Volvo’s omnipresent 2.0-liter four-banger driving the front wheels; and T6, with the 316-hp turbo- and supercharged version of the engine and all-wheel drive. Transmission for both is an eight-speed automatic. Volvo claims 28 mpg combined for the T5 powertrain, and 25 mpg for the T6. The T5-powered V60 will hit 60 mph in 6.4 seconds and reach a max of 140 mph; the T6 version is almost a second quicker to 60 and will top out at 155 mph.

Volvo will offer two trim levels at launch: Momentum and Inscription. The latter offers cosmetic upgrades such as driftwood inlays inside and standard 18-inch alloy wheels, as well as enhanced equipment such as a 12.3-inch digital instrument panel and Harmon Kardon premium audio. Leather is standard on both, but the Momentum-spec V60 can also be ordered with cloth seats.

The infotainment system—Sensus Connect, in Volvo-speak—has been given a 50 percent increase in processor speed. This means reduced startup time, faster access to the backup camera, better voice control, and quicker route recalculation by the satnav. Sensus Connect accommodates Apple CarPlay and Android Auto, among other third-party apps. When fitted, the Volvo nav software enables the cruise control to access mapping data and adjust speeds through corners where appropriate.

The V60 is no 3 Series wagon. That much is clear from the first few corners. It’s a much more relaxed car than the BMW, happy and comfortable at seven-tenths driving through the twisted road. It doesn’t exactly fall apart dynamically when you press harder; it just never quite flows down the road with the composure you’d expect. The front end is aloof; it goes through the motions but never clearly communicates what’s happening where the rubber hits the road. And the surly response from the transmission, even when pushed between ratios via the central shifter (there are no paddles on the steering wheel), means you never quite have the power you want precisely when you want it.

Volvo offers four drive modes—Eco, Comfort, Dynamic, and Individual—and not all are worth the electrons. Dynamic makes the steering feel more wooden and busies the ride slightly without any noticeable improvement.  The V60 does its best work left in Comfort, which is precisely where most owners will leave it. The ride is excellent, and suspension well suppressed; smooth and quiet, the V60 might be a midsize Volvo wagon, but it has the decorum of a limousine. And that’s precisely what makes it a genuine alternative to the 3 Series wagon.

The redesigned Volvo V60 makes a compelling case as an urbane yet practical premium vehicle for those who don’t want to follow the herd. It may not be the ultimate driving machine, but it handles better and uses less fuel than many high-riding SUVs or crossovers, while offering a similarly configurable and capacious interior. And with available all-wheel drive, it’s only marginally less capable on all roads in all weather. But the Volvo faithful know all that.