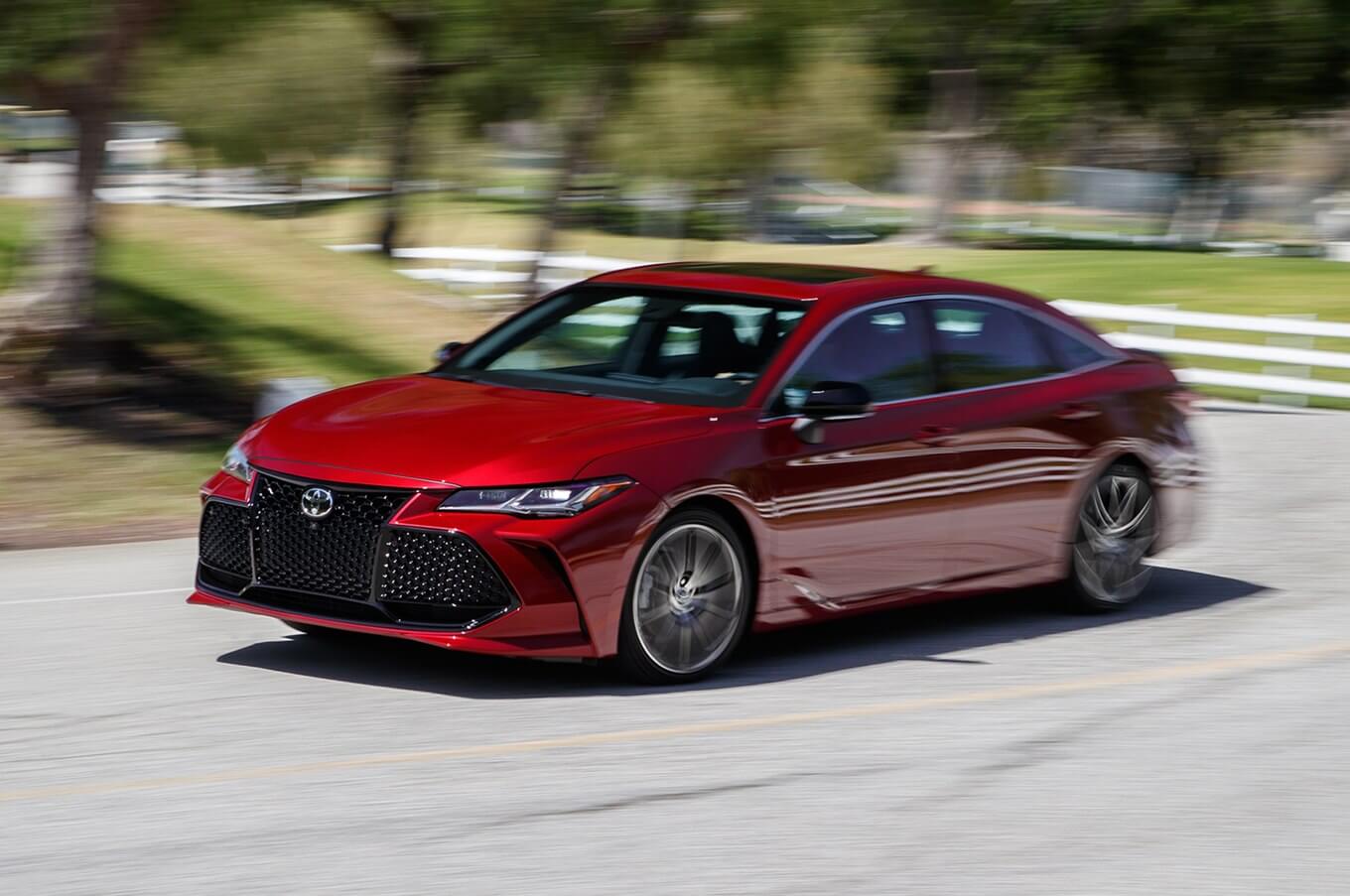 I was walking along Thika Road on a mission. A mission to see just how much, we know about cars. And from the results, I am sorry we Kenyans know close to nothing about what we are buying. Just from observing, you will notice a consistent theme of cars. Barely will you see a model that is unique. All we are used to are Premios, fielders, Allions, crowns, mark X and the likes.

Join me as I take you for a tour to some of the unexplored vehicles in Kenya. For a start, we will review the Toyota Avalon which can substitute the Camry, Mark X or the Toyota Crown. Stay with me and learn to be different.

The Toyota Avalon has become a proper flagship with actual driving prowess. The term “vanilla” and Avalon once went hand-in-hand because the conservatively styled sedan provided a comfortable ride with the absence of driving excitement.

But the Avalon’s 2019 redesign sheds the stigma by offering a driving experience that borders on exhilarating.

Powering the Avalon is an updated 3.5-liter V-6 that now develops 301 hp and 267 lb-ft of torque. That is a 33 hp and 19 lb-ft improvements over the last V-6 thanks in part to direct and port injection technology. 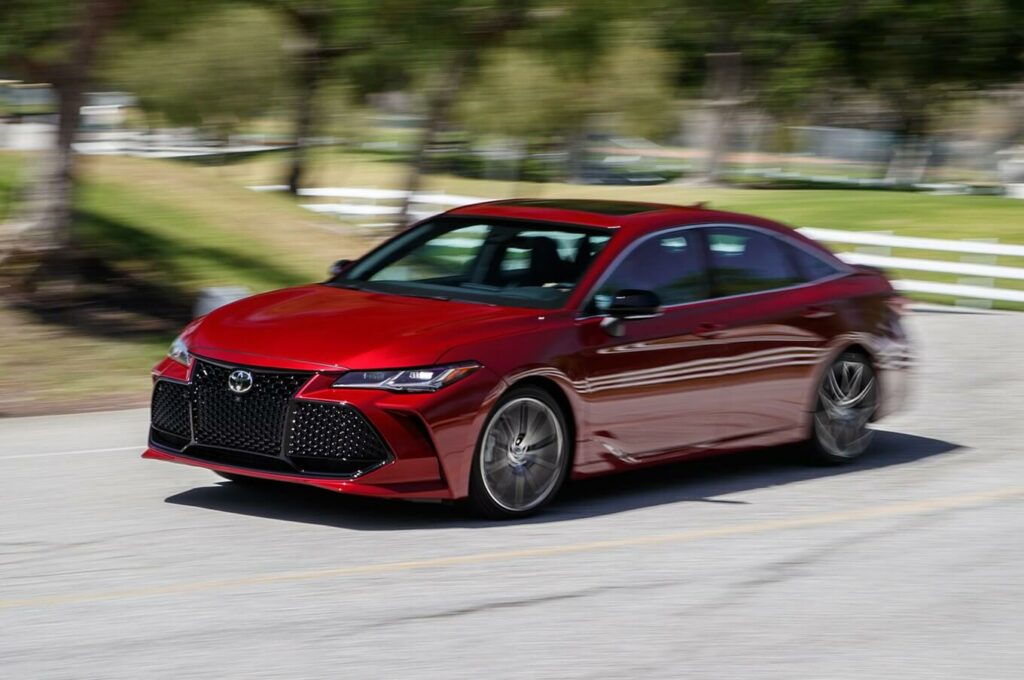 The eight-speed is very responsive, even in Normal mode, making this big sedan feel quicker than it is. Toyota has engineered it in such a way that when cruising, there’s no need to dig into the gas pedal to get a downshift.

Small applications will get you one or more knockdowns. This makes highway passing not only easy but fun, especially in the Sport+ mode that’s unique to the Touring model.

The paddle shifters respond quickly when flicked, unless of course you are going too fast for the gear you want. When engine braking, not much happens until you downshift into second and first gears.

An Intake Sound Generator amplifies the sound of the air rushing through the intake system while unique baffling shoots out an exhaust sound with a mean tone.

Engine sound at start-up, idle, and during acceleration is enhanced via the audio speakers thanks to the Engine Sound Enhancement feature.

Some might call that gimmicky, or “fake noise,” but I think it sounds great and enriches the driving experience. 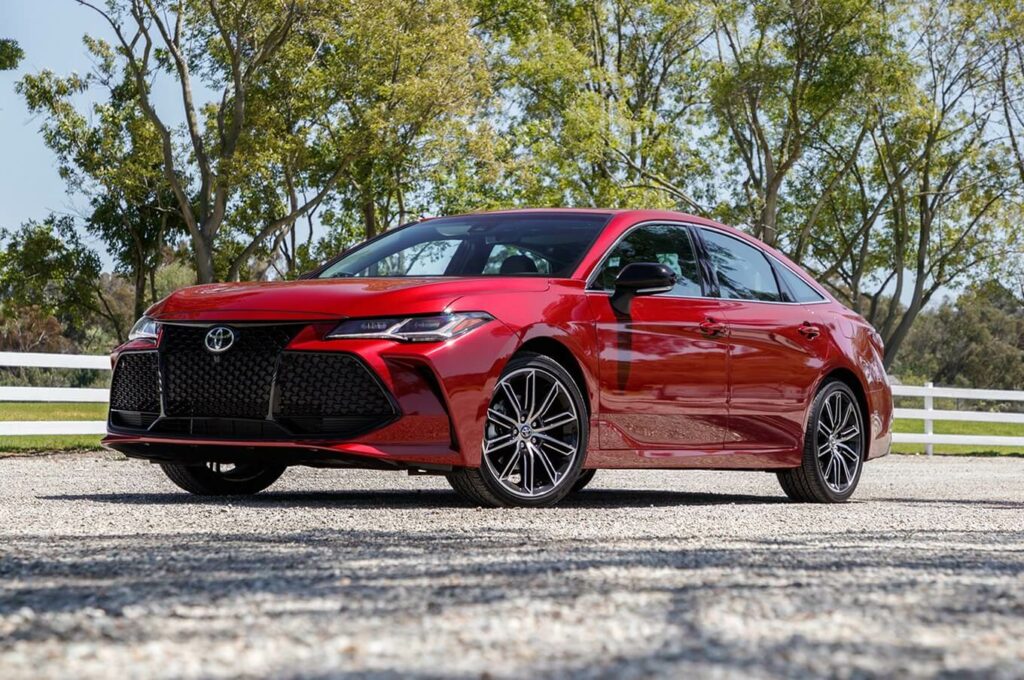 Another feature you wouldn’t expect in an Avalon is an adaptive variable suspension. The feature is usually found on higher-dollar sports cars but is standard on the Avalon.

The system provides real-time checking based on information received from front and rear g sensors, and an ECU determines how much control should be applied, making adjustments within 20 milliseconds.

They work with the adaptive suspension by adjusting damping force depending on drive mode. Normal mode is comfort-oriented with soft suspension damping and light steering.

Sports mode slightly stiffens the ride and steering weight, and Sport+ should be called “is this really an Avalon?” mode.

The car’s predictable handling is reminiscent of a big European sports sedan. Yes, we’re drinking the Toyota milkshake here, but trust us on this one.

There’s more attention to detail with the use of contrast stitching and unique interior trims. The centre console is elevated, mostly made of soft-touch materials, and extends to an ergonomically smart centre stack.

Gripping the thick perforated leather-wrapped steering wheel feels good, but the paddle shifters are positioned such that only those with long fingers can flick them comfortably. 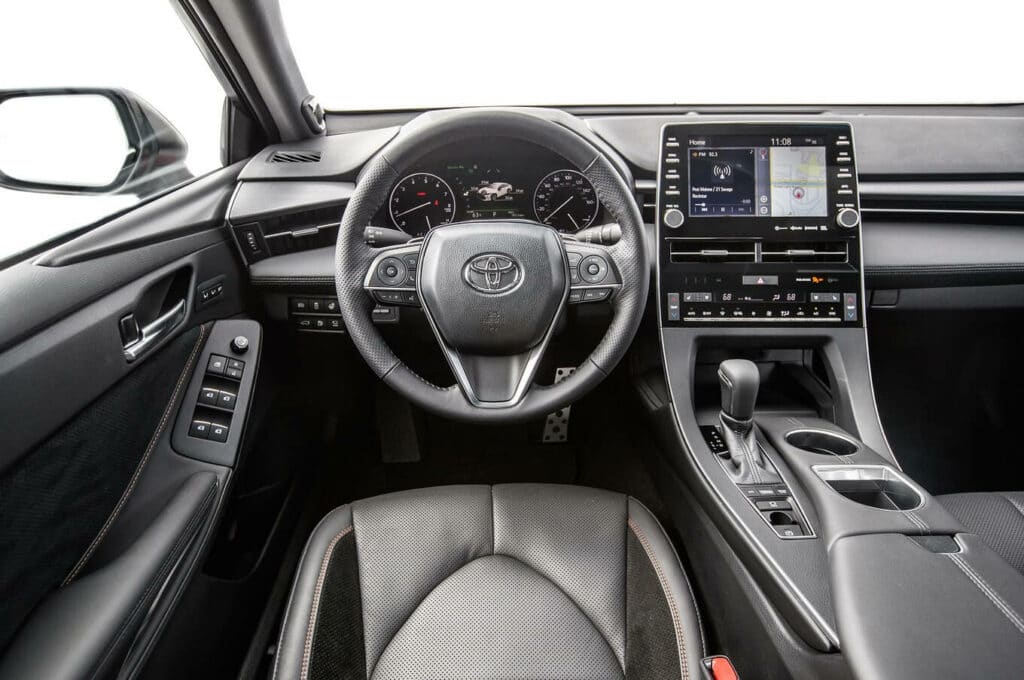 The high-mounted 9.0-inch touchscreen and optional 10.0-inch head-up display are in easy sightlines. On that touchscreen, the surround-view camera system does a good job of displaying your surroundings, but the video feed (and the navigation map) looks dated.

One nice touch: The electric parking brake automatically applies itself when you shift into park, and automatically disengages when the transmission is placed in drive or reverse.

This is an option for you guys who love fun and capable driving experiences and a vocal engine. The Toyota Avalon should also be on your shopping list if you are thinking of a Toyota Crown, a Mark X or a Camry.