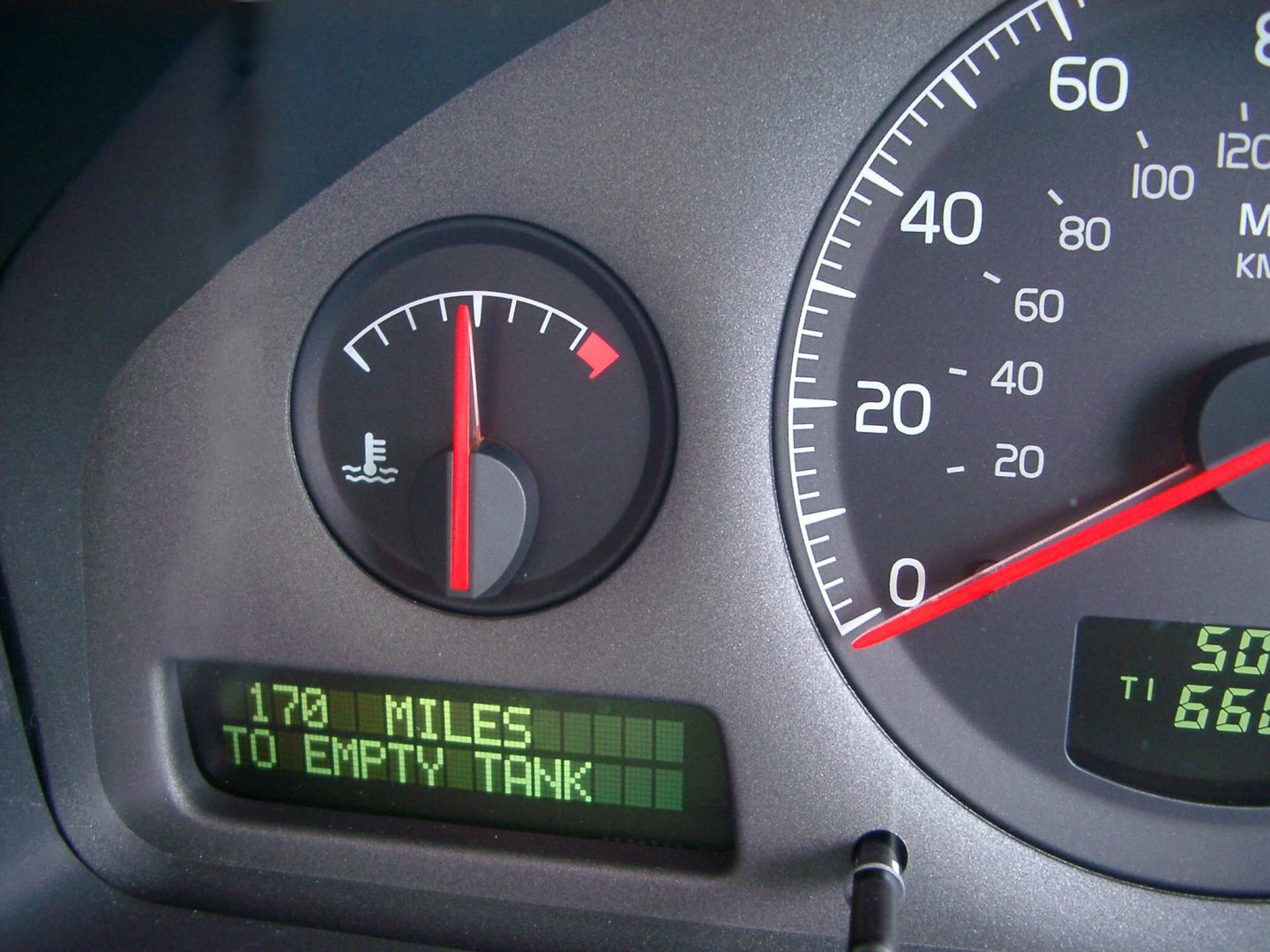 If you just filled up and your fuel gauge still shows empty, you know there’s a problem somewhere.

The tricky thing is: It’s not necessarily the fuel gauge. Conversely, the gauge might show full even when you’ve driven 300 miles.

That would be nice, but it’s a sign that something is wrong. Let’s diagnose the issue before you run out of gas.

For a simplified overview of how the fuel gauge works, think of the floater in the tank of a toilet. As the water rises, the floater rises until it shuts off the fill valve when full.

In a fuel tank, as the fuel level rises, the fuel sending unit float rises, and a variable resistor changes the resistance in the electrical current running to the gauge so it reads full. 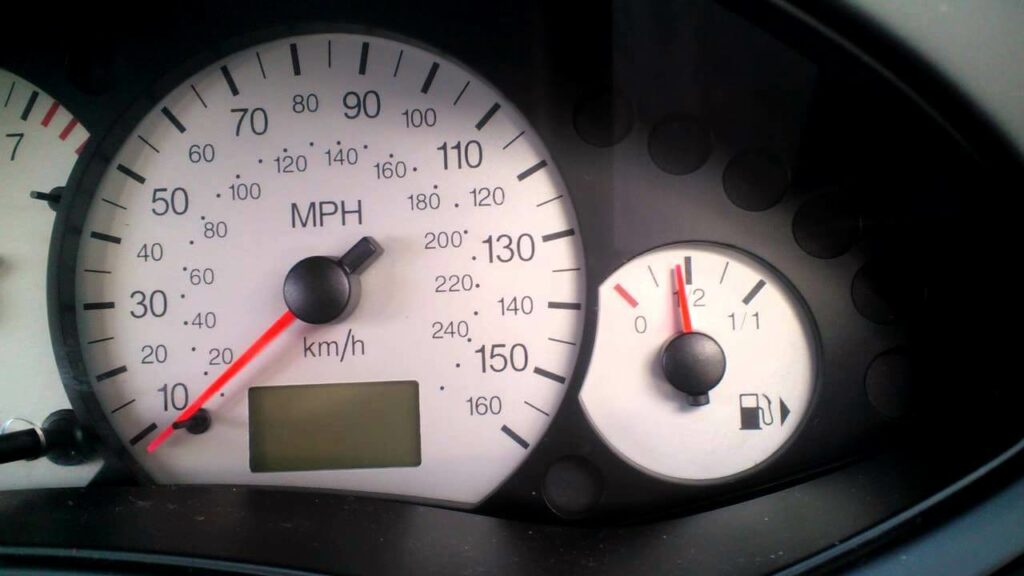 Depending on the amount of electrical resistance, the gauge will rise or fall according to the signal.

When the gauge is stuck at full, or always on zero, or some erratic and random reading, there’s a fuel instrument problem. Here’s how to troubleshoot it down.

First, start with the easiest steps. If you are diagnosing a modern vehicle, look in your owner’s manual for the instrument cluster self-test procedure.

This usually consists of a series of steps, like turning on headlights and holding down the odometer button at start-up, which tests all the instrument panel gauges and lights. 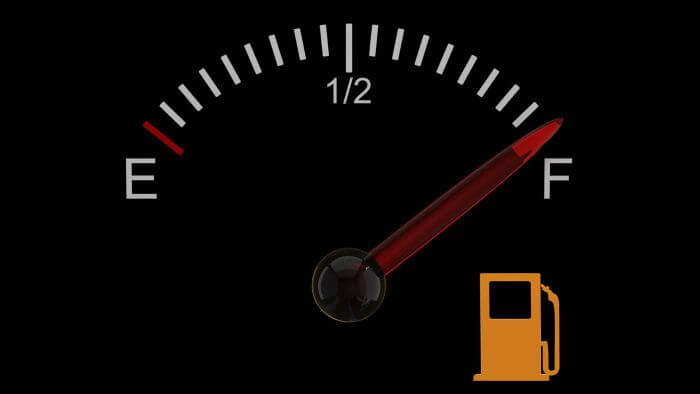 Older vehicles may have a different sequence, such as turning the ignition key on/off, on/off for two or three cycles.

If the fuel gauge needle doesn’t complete a full sweep, you now know the problem is with the fuel gauge. If it completes the self-check with no issues, move on to the next step.

Pull the fuse box cover and check the condition of the fuse for the gauges/instrument panel. If it’s blown, replace it with a new one.

Check this first if more than one gauge is acting erratically, as this is likely the solution to your fuel gauge problem.

If the fuse is good to go, there are two choices for the next step, checking either the fuel sending unit or the fuel gauge. 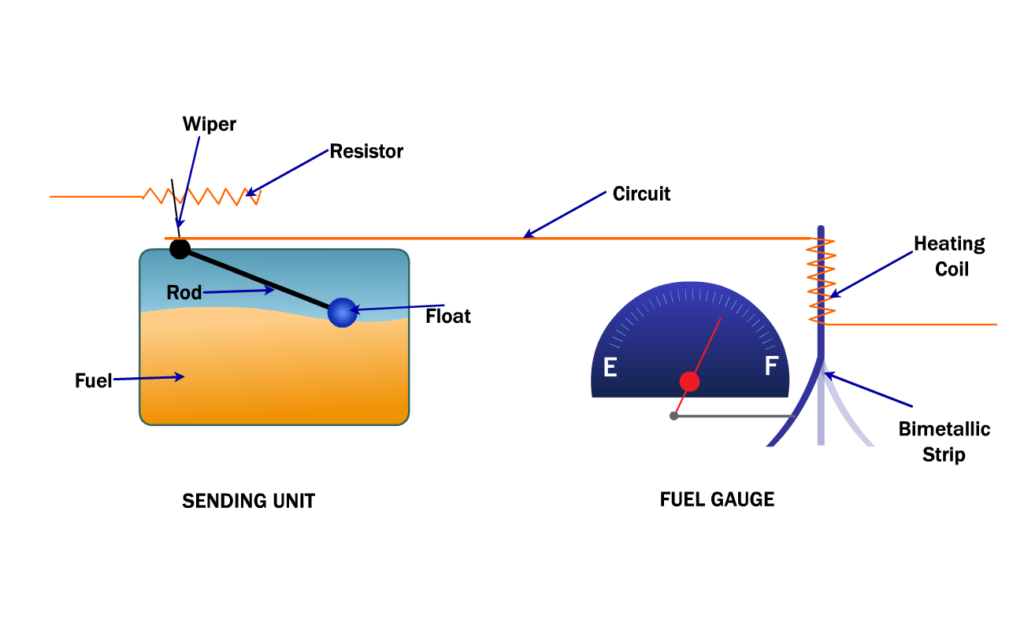 Have a good look at your vehicle before checking the fuel gauge and sending unit. The fifth-generation Honda Civic’s fuel gauge is a pain to access.

The fuel sending unit is in the trunk behind a panel secured by just four screws.

On the other hand, gaining access to the fuel sending unit on a third-generation Toyotas requires you to drop the gas tank, while the fuel gauge is easily accessed after removing eight screws. Start with whichever is easier on your vehicle.

To test the fuel sending unit, you will need to fill the tank with gas. Use a multimeter to test resistance.

In an old-school classic with analog gauges, you’ll need to know how the gauge works. Manufacturers used different electrical conductance to operate the gauge. 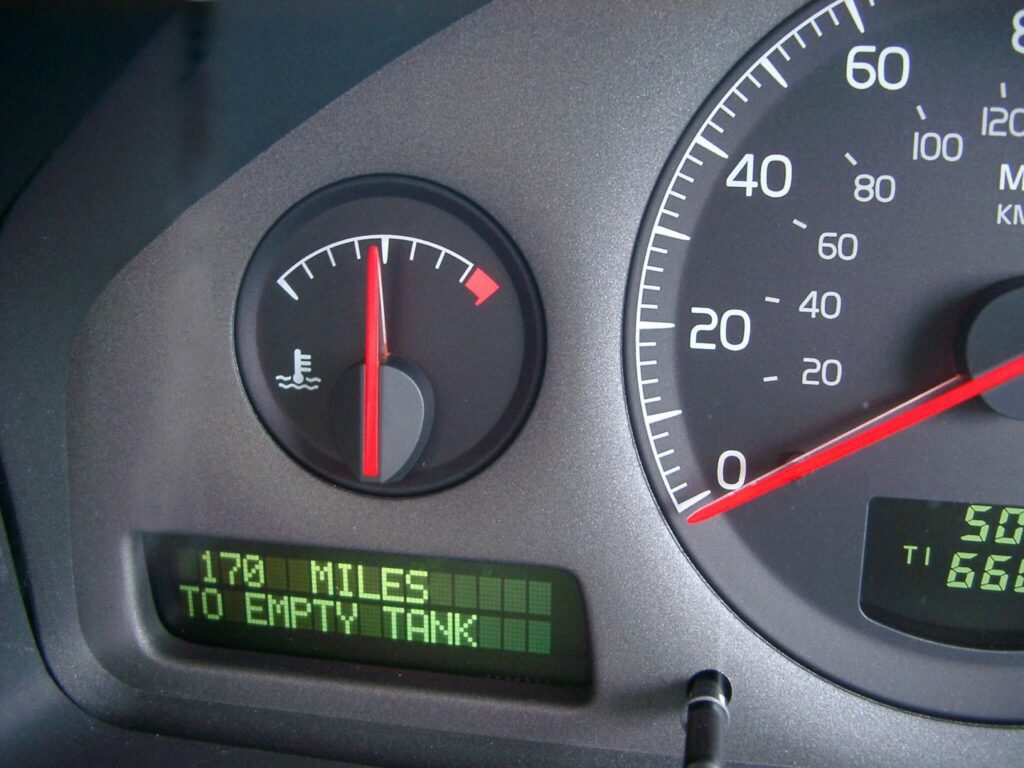 If the resistance reading is off by several ohms, you have found the culprit. Before yanking out the fuel sending unit, go the affordable route with a bottle of fuel system cleaner.

While there are no miracles in a bottle, car forums are littered with posts explaining how an $8 bottle fixed their fuel gauge/sending unit problem.

The float on the sending unit may have become corroded with sulfur from low-grade fuel, and there is a possibility the fuel system cleaner may resolve the issue.

Checking the voltage at the fuel gauge can be a simple procedure. Pull the instrument cluster out of the dash using steps in your repair manual, and remember that plastic dashboard and trim parts are delicate (and often brittle in an older car). 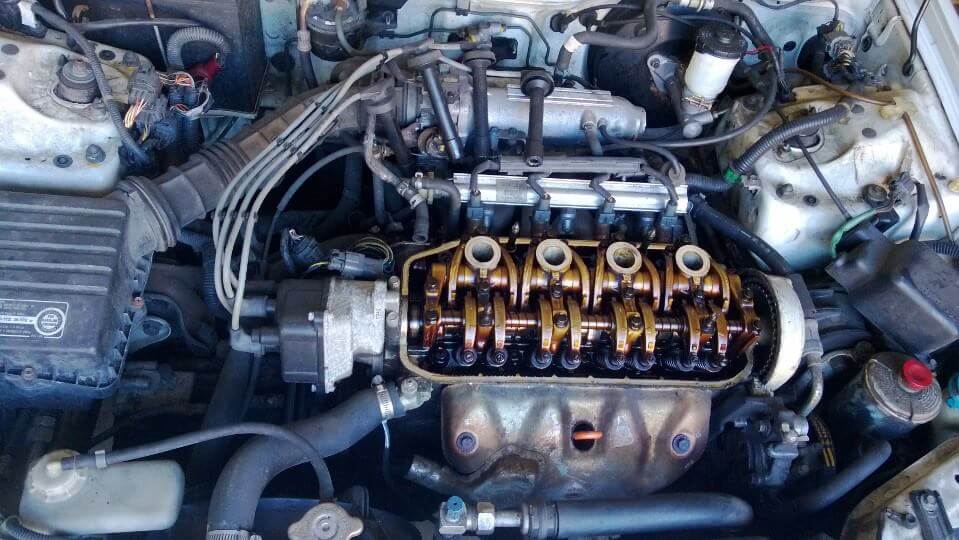 Set the multimeter to 20V DC and test the wiring going to the gauge. It should be receiving 12 volts.

If the voltage is good, the gauge is faulty. You can order a factory replacement or upgrade with a high-quality aftermarket replacement gauge.

However, if the voltage is low, complete the rest of the diagnosis to discover if it is a wiring issue.

If all of the above checks out, the issue is likely corroded wiring or a grounding issue. This step isn’t hard but is time-consuming as you have to visually inspect the condition of all the wiring running from the fuel pump to the fuel gauge.

If it’s lost, tighten it. When dirty, clean it with contact cleaner. If the wires are corroded or the insulation is worn down, replace the wiring.

Dealt with fuel-gauge issues? Leave your wisdom in the comments.

1 thought on “What’s Wrong With Your Fuel Gauge? (Troubleshooting)”