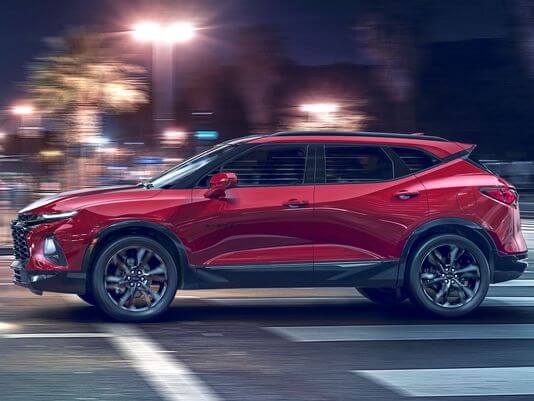 Well guys, sometimes its fine to stay informed. You never know what tomorrow bears. Let’s talk about something that will definitely be rare in Kenya and if you will be among those with some few millions to spare, you might be an owner of one of the most unique SUVs the world has to offer for this generation. The Chevrolet Blazer 2019!! I knew some SUV that would resemble Camaro was on the way.

General Motors finally gave us our first look at the 2019 Chevrolet Blazer, but unlike the Blazers of the past, this one is not a body-on-frame SUV, or a two-door, nor does it have a removable roof. Instead, it rides on the same C1 architecture as other car-based crossovers including the Cadillac XT5 and GMC Acadia. One difference: a wider track to give it more character.

The five-passenger crossover comes in three trim levels including the sportier and blacked-out RS and the more upscale Premier, both with optional 21-inch wheels instead of the standard 18s.

Chevy tried to give each trim a distinct look with changes to the grilles and trim pieces.

The Blazer name, which dates back to 1969, has not been used since 2005, but the auto industry is going through a retro phase with other discarded names coming back, including the Ford Bronco, Lincoln Continental, and Mitsubishi Eclipse Cross.

Automakers save a ton on marketing when known names are repurposed, and they have shown they have no qualms about putting past names on vehicles vastly different from their original namesakes. 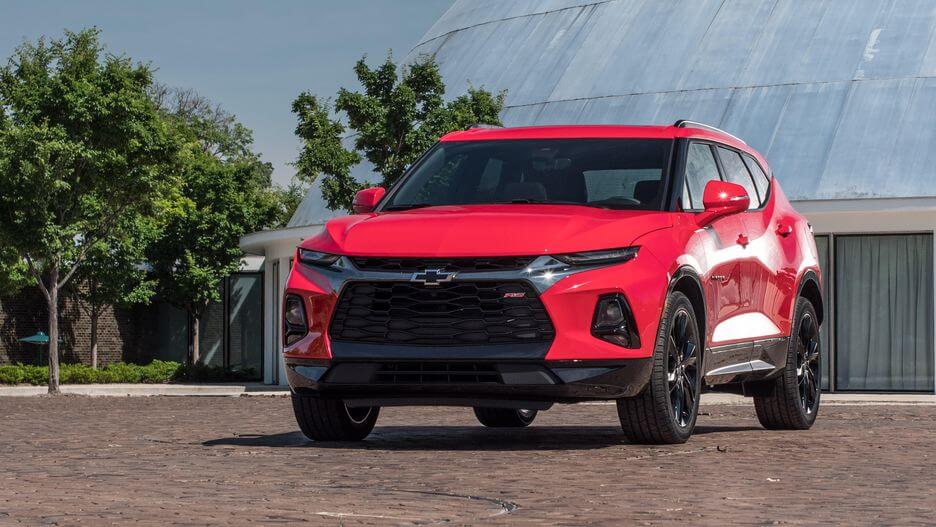 The 2019 Blazer has little in common with its predecessor two-door truck-based SUV, but “the Blazer has attitude,” said John Cafaro, executive director of Global Chevrolet Design.

The crossover has a high beltline, bolder front, dual exhaust outlets, and an integrated tailgate spoiler.

The lines are busy especially the rear quarter panel with black trim sweeping up to the spoiler to create the appearance of a floating roof.

Design chief Mike Simcoe said no Blazer nods went into the design. The goal was to create the character of a Blazer with a mix of boldness and sport.

Of the 17 competitors in the segment, most offer a third row. The Blazer will not, joining the Ford Edge, Nissan Murano, Jeep Grand Cherokee and the body-on-frame Toyota Rav 4.

The base engine is GM’s 193-hp, 188-lb-ft 2.5-liter inline-four, and buyers can opt for the 3.6-liter V-6 that generates 305 hp and 269 lb-ft of torque. Both are mated to a nine-speed automatic transmission and have stop-start technology. There are no plans to add a hybrid.

Touches buyers can appreciate include a padded knee area, round air vents, and an available panoramic dual-pane power sunroof.

There is an automated heated steering wheel and automated heated/cooled front seats while the second-row seats fold flat. You can use the key fob to roll down the windows and let the heat out before getting in the vehicle.

For connectivity, there is an 8-inch touchscreen and 4G LTE Wi-Fi. It’s Apple CarPlay and Android Auto compatible.

Outlets are well positioned above the rubberized wireless charging mat. Inside there is nice contrast stitching and accents on the vents and shifter. The centre console has a glittery black glossy finish in the Premium. 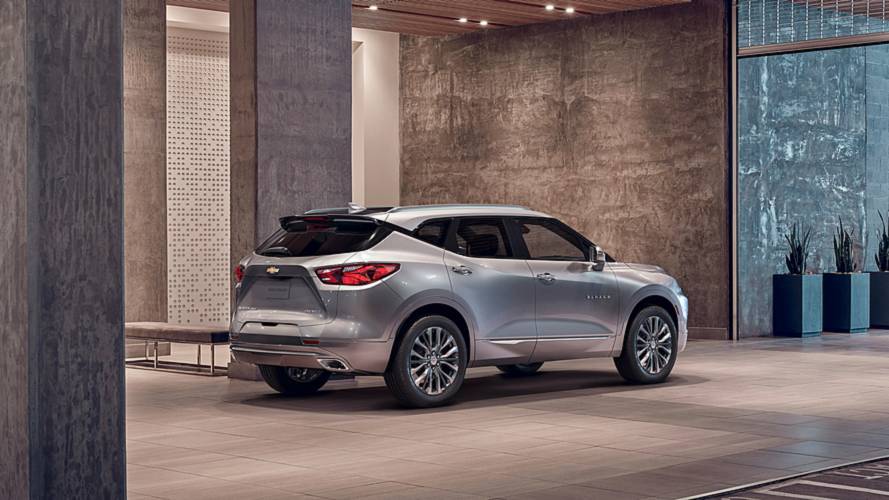 The 2019 Blazer goes on sale in early 2019 hoping to attract a younger buyer with an average household income of Ksh 15,500,000 P.A. Information is power and your dream are still valid…they say