Home » Cars » The Deadliest Cars Ever Made (The Look Out) 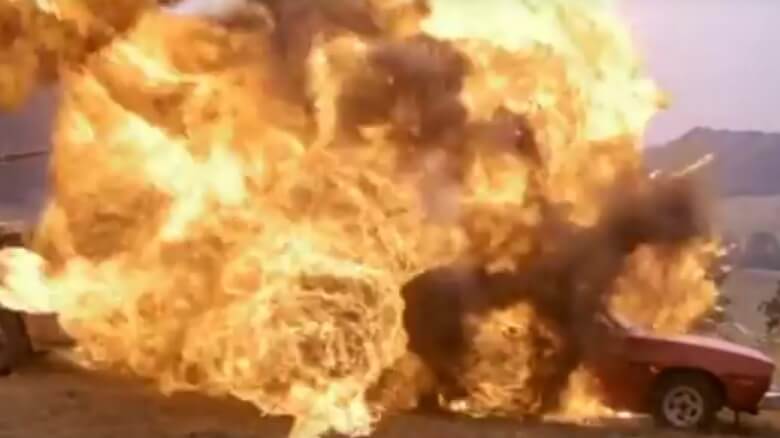 How deadly is your car? You probably don’t spend a lot of time thinking about it. Perhaps your current vehicle isn’t the safe and secure ride you think it is, but a potential accident waiting to happen. Unfortunately, statistics prove that some cars are known to be deadlier than others—and you could be driving in one of these rolling coffins without even knowing it.

Sound like scaremongering? Well, it is, but a lot of us are drivers, so you should know which cars are the deathtraps to avoid. Take a look at this brief overview of the deadliest cars on the road right now. It might just save your life, or at least give you something to discuss with your Facebook friends.

Like the Nissa Versa, the Hyundai Accent appears twice on the Institute for Highway Safety’s deadliest cars list. But it manages to do the Versa entry better by landing both spots in the top five—the four-door version is the third deadliest sedan and the two-door coupe is fifth—for a combined total of 206 deaths.

More than half of those came in single-vehicle crashes, so it’s not like they were getting crushed by Trucks or caught in a big pileup. They apparently fold like a cheap accordion at the slightest hint of contact, which is not optimal.

The Nissan Versa has the distinction of claiming not one, but two spots on the Institute for Highway Safety’s top ten deadliest cars list. The hatchback comes in at number nine with 71 deaths per million drivers. But it’s the sedan version of the Versa that is the bulk of the danger.

Clocking in at number two with 130 deaths per million. 51 of those deaths came from rollovers, which is just 10 less rollovers than the other four cars in the top five combined. Why a typical sedan is particularly susceptible to rolling over is beyond me. But I don’t suggest getting it unless you’re a hardcore fan of a thousand ways to die.

Hey, have you heard of stories where a company intentionally built dangerous cars because it was cheaper? Well, that’s just a simple practical joke compared to the case of the Ford Pinto. After numerous reports that a design flaw caused the fuel tank to explode on contact during accidents. It was revealed that Ford ran a cost analysis and decided it was cheaper to just settle wrongful death lawsuits instead of actually fixing the car. Needless to say, this didn’t exactly go over well with, you know, actual human beings, and the wave of bad publicity forced Ford to cease production of the car.

If you had the Kia Rio in your deadliest cars office pool, you’re the big winner. Unless you spend that money to buy a Kia Rio. In which case, you’re probably not reading this because you might be dead. According to the Insurance Institute for Highway Safety, the Kia Rio has the highest rate of deaths among current vehicles, with an alarming 149 deaths per million registered vehicle years. Where they found a million-year-old Kia Rio, I’m not sure, but I guess I’d start by looking in the morgue.

Our final multiple offender from the Institute for Highway Safety report is the Chevy Aveo. Its placed at both number four (for the sedan version) and number 14 (for the station wagon version). The Aveo station wagon actually has the opposite problem as the Hyundai Accent; it didn’t rack up even one death in any single car crashes or rollovers. But it reaped 58 souls in multiple car accidents on highways. If you only drive it in one of those totally empty cities you always see in car commercials, you’ll be safe. How very meta of Chevy!