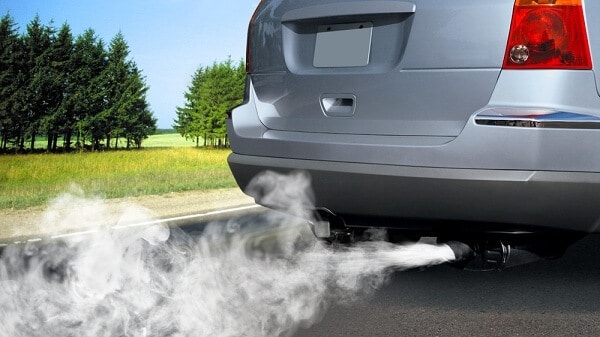 As a car owner, you expect something to come from the tailpipe. This is an emissions outlet for your vehicle, and so vapors will exit from there. Some of the small emissions are harmless and nothing to worry about. But there are other types that can be signals of trouble from inside the car.

Smoke is definitely a cause of concern and may hint of a number of problems that are happening underneath the hood of the car. You know how much you should be concerned the more you know about the emissions of smoke.

Sometimes it is just a question of how long the smoke is emitting. Cars on a cold morning are going to generate a white vapor. This ordinarily goes away once the car engine is warm. If the white smoke still keeps coming out after the engine is nice and warm something may be wrong.

The darker the smoke is the more serious the problems grows. A gray color is a red warning light of possible transmission fluid burning. Thick, black smoke suggests that the engine is being flooded with gasoline.

The white smoke is serious if there appears to be a cracked cylinder head or an engine block that is showing fractures. The black smoke may show there is a return fuel line which is obstructed. Fuel injectors and sensors might also be damaged. A final problem which can be diagnosed from black smoke is problem with the air filter.

The smoke also gives you a good idea of the kind of repair work that is going to be necessary. Blue smoke will suggest piston rings have become faulty and have allowed oil to move from lubricating engine parts. A turbocharged car will also send out blue smoke whenever the blower has to be replaced.

What Does the Color Of Your Car’s Exhaust Mean

Before you think about a do-it-yourself project that includes your car’s exhaust system, you need to think twice. The exhaust system alone sends out toxic emissions, including carbon monoxide. You can very easily be overwhelmed by the fumes. Cracks in the engine block or transmission fluid burning are not just hazards but warnings of a major expense about to happen.

Burning oil and gasoline also suggests that there are very hot leaks somewhere in the area of the engine. It is not out of the question to say that you could be badly burned by drops of hot oil or gasoline. This is honestly a situation where professionals ought to be called in.

You are making a serious mistake by waiting. If the white smoke coming out is in volumes, you should stop the car immediately and call for emergency roadside assistance, including a tow truck. Heavy volume of white smoke means the engine is dangerously overheating. Regrettably, you may be faced with having to purchase a new engine.

Black smoke requires having a professional mechanic investigate what is going on. It isn’t that you are ignorant of cars, but the fuel injection engines of modern automobiles are more complicated than the average amateur can imagine.

You don’t want to make mistakes and a skilled mechanic minimizes that problem. The blue and the gray varieties are burning oil. The leaks may be sufficiently serious to cause problems with the spark plugs or a turbocharger. Replacement may be necessary.

The thought of rebuilding or replacing large pieces of machinery in your car is a bit sobering. These are not going to be financially easy to have done. The various colors of smoke which may come out of your tailpipe are all indicators that something quite serious has gone wrong.

This is not a situation where you should be blaming yourself, however. Cars are like any other manufactured item: they wear out with age. There comes a point in the lifecycle of any automobile where some perhaps very serious problems arise. Your best response is immediate. These are the kind of problems which, if ignored, may very well lead to the full breakdown of your car. Replacing parts and doing repairs is much cheaper than buying a new car.