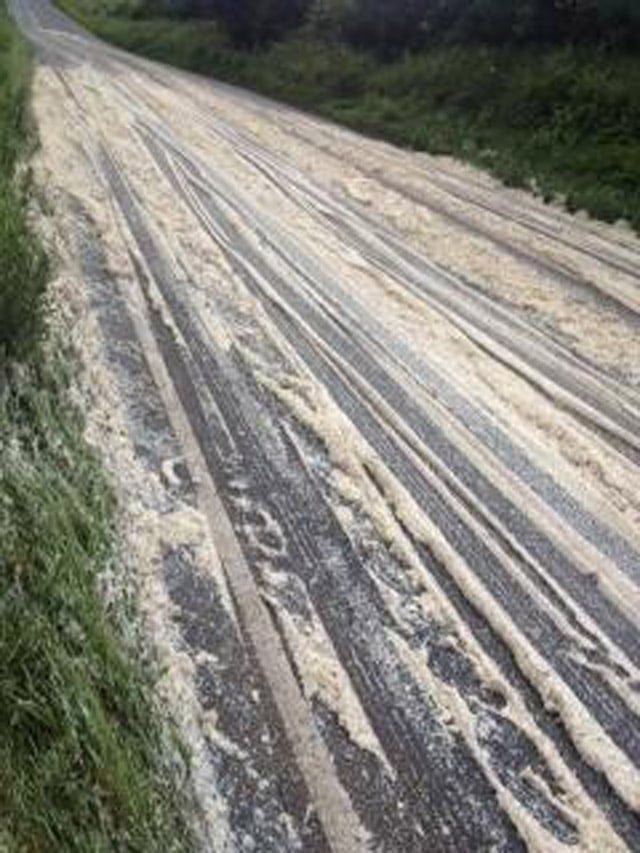 We’ll give you three guesses to figure out what this is, smeared all over a highway. Ready?

You’re not even trying.

Haha.. That was a joke right? It is actually serious. According to a police report a section of the Nyeri Kabati highway became covered into instant mashed potatoes after a truck carrying a load of starch overturned. Because it’s always wet in those highlands, the powder instantly began to turn into a starchy, mushy mess.

Apparently, the photo above is after much of the side dish had already been plowed away. The Driver of the truck escapes with minor injuries. For those who may not know, starch is used to make pharmaceuticals. Almost all the tablets we take are made from starch. In a single tablet, starch is 98% while the actual dosage infused in it may be less than 2%. It can be made from maize, potatoes, and cassava. Thank the truck driver, now you know what starch is used for