I’m just going to come out and say it: I really like the Kia Stinger. You may have noticed that I just reviewed it some days ago and tagged it in the review of Genesis G70. The thing is, this car deserves credit for what it represents and what it has become. I like what it looks like, and I like that it’s a Kia and I like that its trunk opens as a hatch. So when I saw these photos today of a poor Stinger with a Toyota parked on top of it, I got super sad. 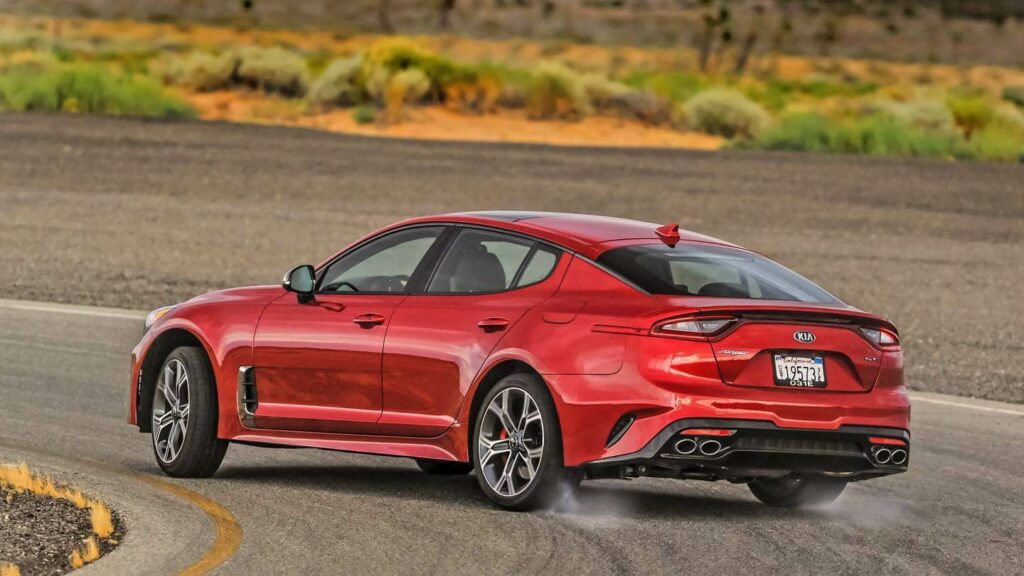 Why Toyota, why. This reminds me of Mike Tyson when he bit someone’s ear at the ring because he was afraid he was going to lose the boxing fight. If you are a fan of cars, you probably know that the owner of Honda was ones an employee at Toyota. After some disagreements, he decided to reign and make his Ideas a reality.

Poor him, Toyota silenced him and it has been a struggle for Honda which apparently is the company that makes the most reliable engines. Better than German and British machines.

All the same, Honda has fought its battle to the top and is one of the best brands out here. Heck, they even have a Jet ‘Honda Jet’ which is first of its kind. 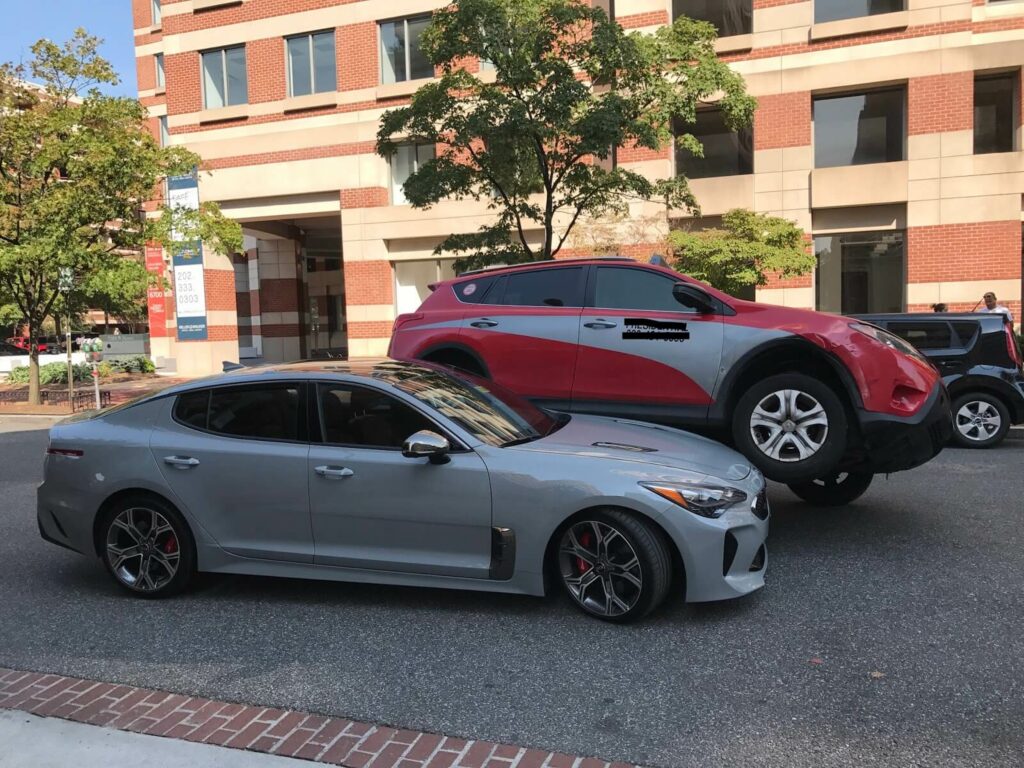 Back to the story, Toyota is in the habit of overstepping and belittling upcoming brands. And in this case, what more do you want me to explain.

This is macro-aggression at its best. A poor KIA stinger never saw it coming.  It appeared that the Toyota RAV4 somehow drove up onto the front of the Kia Stinger.

Upon digging for more details, the Kia Stinger was parked on the side of the street and the driver pulled out of the spot as the Toyota RAV4 taxi was coming down the street.

The Toyota hit the Kia and drove up on top of it. The two stayed that way for two to three hours, like the world’s saddest art installation, before the tow truck showed up.

After that, they were able to stabilize the RAV4 and then the Kia reversed away from the taxi. Another source states that Kia’s driver had just picked up the car to transport it. Everybody appeared to be fine at the end of the whole ordeal.

I am made to believe that this KIA Stinger was a manufacturer car and not a privately owned one because the Stinger isn’t for sale just yet.

The Stinger has such a nice face and it’s a shame to see a Toyota stepping on it. The damage doesn’t look too bad, though, all things considered.