In this article, we give you interesting facts about elephants that will blow your mind. The elephant, the planet’s largest terrestrial mammal, is a fascinating creature but it remains an unfortunate target of the poaching underworld.

If you don’t know yet, there are two species of elephant; The Asian elephant and the African elephant.

Several subspecies belong to one or the other of these two main species, though there is disagreement over just how many subspecies there are.

Here are interesting facts about elephants

1. Elephants often pay homage to the bones of their dead

By gently touching their skulls and tusks with their trunks and feet. When an elephant walks past a place where a loved one once died, it will stop in its tracks. This silent pause often lasts several minutes. 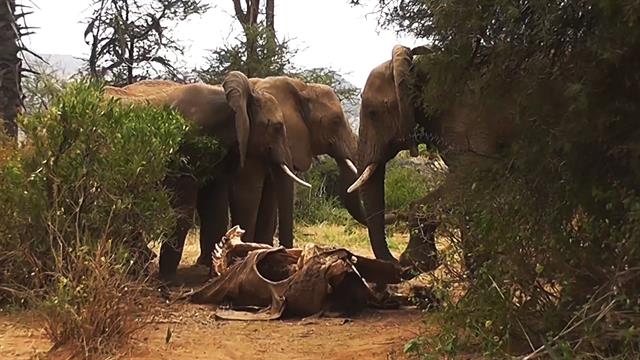 3. The elephant’s gestation period is 22 months – more extended than any other land animal in the world. A newborn human baby weighs an average of 7 pounds while an infant elephant baby can weigh up to 260 pounds! The baby can stand up shortly after being born.

The average lifespan of an elephant is from 50 to 70 years. The most giant known elephant was shot in Angola in 1956 and weighed about 24 000 pounds! It had a shoulder height of 3.96 meters! 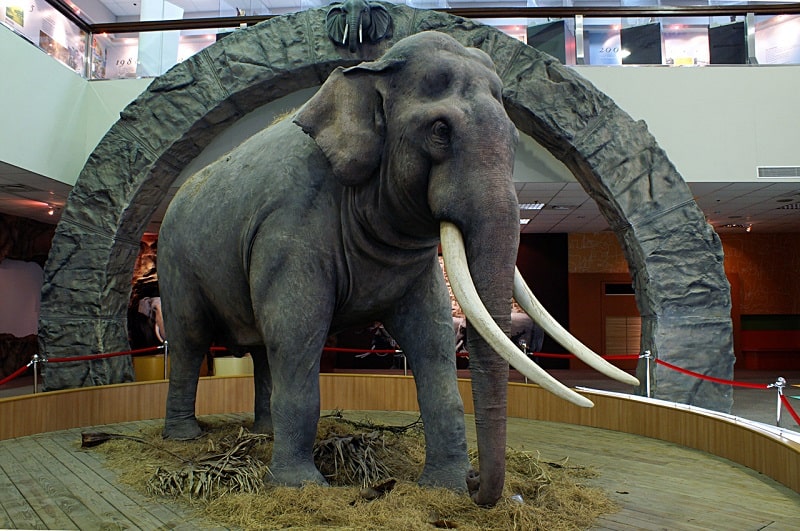 5. The tusks of an elephant are modified incisors that grow throughout an elephant’s lifetime.

An adult male’s tusks grow about 7 inches a year. Tusks are used to dig for salt, water, and roots, to debark trees, to clear a path and occasionally in fights.

Additionally, they are used for marking trees to establish an elephant’s territory. 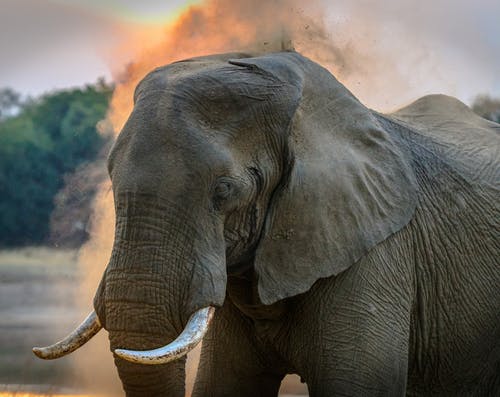 6. The African elephant is not just the largest living land animal, but it has an enormous brain size to match. Their brains can weigh up to a whopping 5.4 kg and are, without doubt, the most massive brain of all animals living on land.

7. Have you ever seen an elephant swim?

It’s pretty special! But not only can they swim, but did you know they’ve also been spotted using their trunks as a snorkel when crossing rivers?! Now that’s handy… 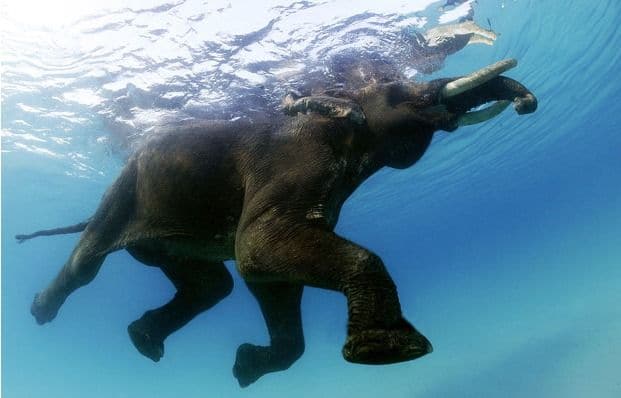 8. Baby elephants stay with mum for up to 10 years. They even learn to eat by putting their trunks inside their mothers’ mouths to take food. 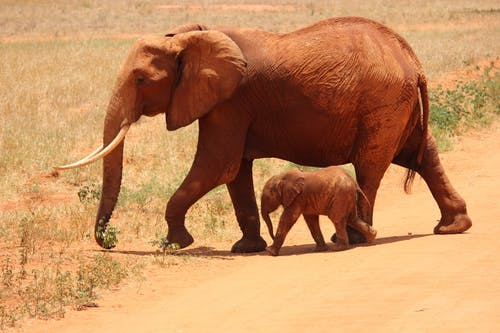 9. Bull Elephants (males) can grow up to 13 feet tall at the shoulders, measure up to 30 feet from trunk to tail, and weigh up to 14,000 pounds. Perhaps that explains why Elephants are the ONLY mammals that cannot jump!

10. Unless you’re ambidextrous, you probably prefer to use one hand over the other.

Elephants are the same way about their tusks: Some are “lefties,” others are “righties.” They’ll favour that tusk when fighting other Elephants, picking things up, or stripping leaves and bark off trees. Because of constant usage, their preferred tusk gets shorter over time. 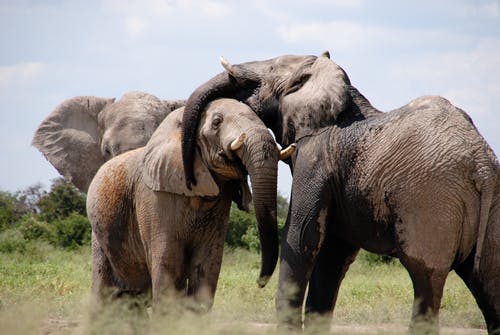 12. Lastly, on facts about elephants. Did you know that the elephant’s trunk, which is called a proboscis, contains 16 muscles? It’s very similar to that of their ancient ancestors, the mammoth and mastodon, with a large muscle on the top and sides of the trunk allowing elephants to raise it.

There are also thousands of smaller muscle fascicles, or bundles of muscle fibres, that allow for finer movements of the trunk. 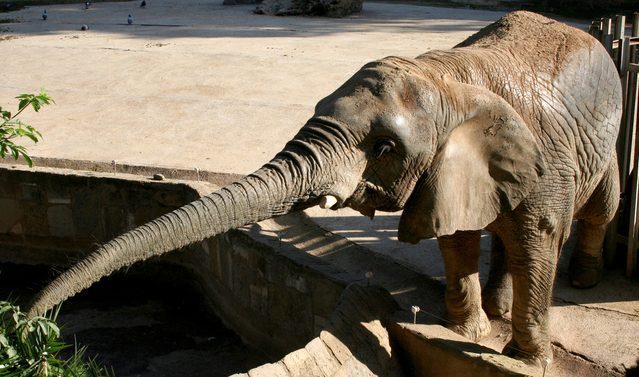 13. Elephants are incapable of jumping, but these massive mammals can run at a maximum speed of 25 miles (40 km) per hour. Even when they are moving at their fastest, they still keep at least one foot on the ground at all times. 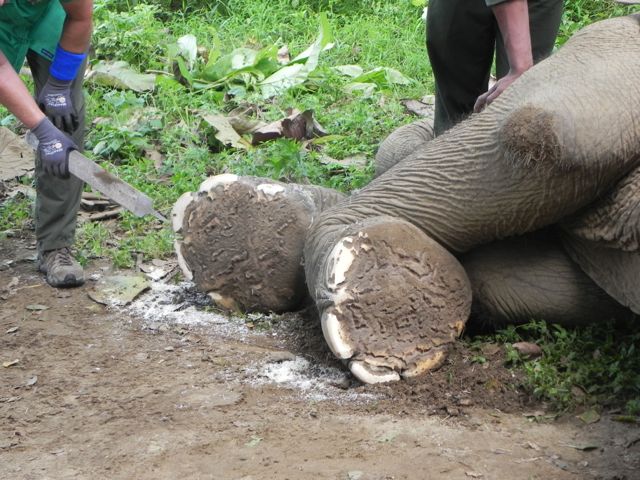 14. In comparison to their African counterparts, Asian elephants have much smaller tusks. The tusks on many female (and sometimes male) Asian elephants, which usually measure just one or two inches in length, are called “tushes.”

15. Elephants have incredibly poor digestion, with only 50% efficiency. As a result, they release an incredible amount of gas (methane) and produce around 250 pounds of manure a day! 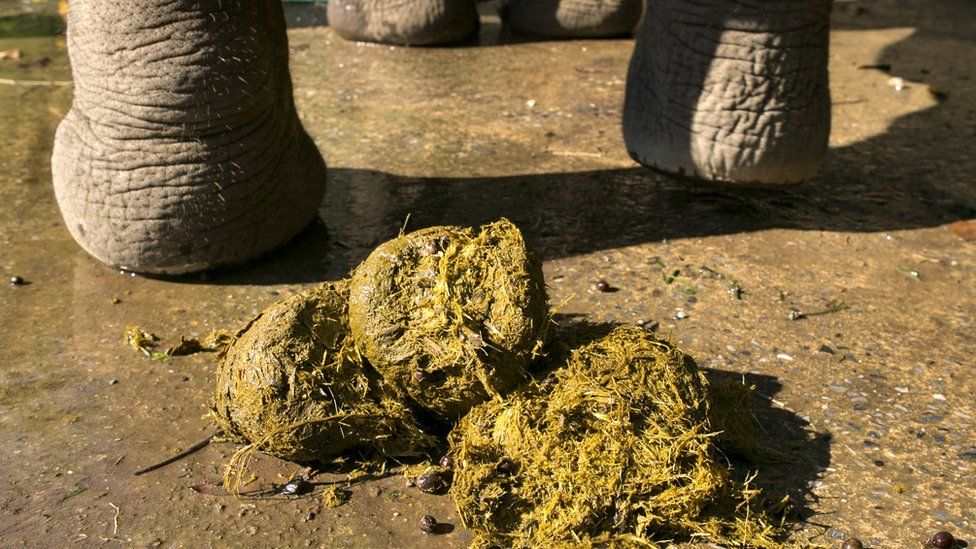 Bonus fact… it’s not something to celebrate, but here’s why we so desperately need to save elephants.

Adult elephants have no real predators in the wild… except us.

Right now, elephants are fighting for their survival. Despite a ban on international sales ivory in 1989, the illegal trade has expanded, particularly over the last ten years and is now bigger than ever.

The number of elephants being poached for their ivory is unacceptable, and we must end this before it’s too late.

You may also read: Huge tailback as playful lions brings cars to a standstill

We hope you’ve enjoyed reading our articles on facts about elephants. we, therefore, wish to inspire you as our reader to take measures to help Elephants, such as: